My Interview With A Hipster

There’s no irony in stereotypes. 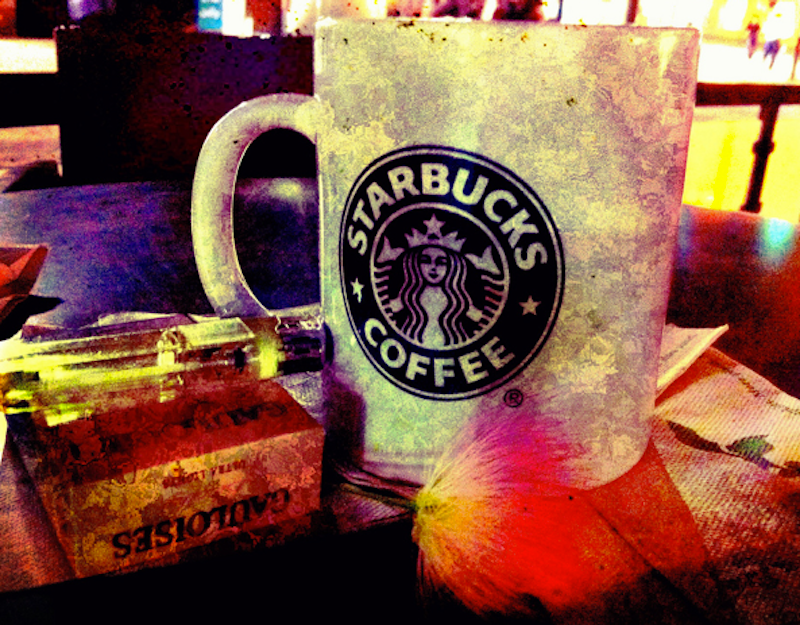 I was in a Baltimore Starbucks killing time while the dealership got my daughter’s car ready, and in the comfy brown leather chair next to me lounged what I consider a quintessential hipster, also tapping away on an older (white!) MacBook. His hair was shaved on the side, with a Morrissey-inspired pompadour on the top of his blond head. He wore cutoff denim Goodwill-looking jeans, a v-neck t-shirt featuring the logo of what I assume was a band I’ve never heard of, and gray canvas Oxford-esque shoes. In addition to the requisite mustache, he had three tattoos that I could see: a nautical star on his elbow, deer antlers on his chest and an octopus on his hand.

I don’t know whether it was the fact that our dual tapping was almost rhythmic, a curiosity about our generation gap (X vs. Millennial) or some remote cougar crush (I’m old enough to be his mom if I had missed a birth control pill during college) that inspired me to take up a conversation with him. Throughout the following impromptu discussion, and since he rarely looked up from his computer, I absentmindedly found myself typing out his answers while he talked, so behold: an unauthorized interview with a hipster.

Me: Sucks to be in a Starbucks instead of some kind of cool coffee shop, huh?

He looked up at me as if to take a moment and decide whether I was worthy of conversation, or insane, or what. He cocked his pompadour head to the side.

Hipster: I rarely buy anything here. I just use their WiFi. The coffee is charred. I don't understand everyone's infatuation.

Me: Forgive me for being inquisitive. I’m working on an article about the Millennial generation. You look like you were born in the 90s. I’m curious. What do you think of your people?

Hipster: My people? Ha. I was born in '89. The idea of labeling generations is ridiculous. There are too many unaccounted factors to properly sum up an entire age group of people.

Me: So are you a writer? Or what do you do? I mean, if that’s still a thing people ask people.

Hipster: (audible sigh). I write the music column for a local magazine that you will find free and outdated next to the Pennysaver. I have a blog, but that doesn't mean much these days.

Me: Do you think the term hipster is offensive? Because I feel like hipsters all are around us in sort of a hipster apocalypse. Not a criticism, just an observation.

Hipster (after a snort and a frown): “Hipsters” existed during the Beat poet era. They're extinct. It's not offensive, obviously, since it's obsolete. I do enjoy the poetry; I've got a Ginsberg quote on my arm. (He lifts his tattered sleeve to show me a paragraph of cursive words, none of which I can make out. I nod in approval anyway.)

Me: Let’s see (typing). Urban Dictionary Definition #1 of “hipster”: Hipsters are a subculture of men and women typically in their 20's and 30's that value independent thinking, counter-culture, progressive politics, an appreciation of art and indie-rock, creativity, intelligence, and witty banter. (Continued here…) Urban Dictionary definition #2 of “hipster”: Definitions are too mainstream. I like the second one better. Thoughts?

Hipster: The first isn't half bad. I dunno. There's nothing wrong with questioning the norm. I suppose folks see kids, young adults, in skinny jeans and a Pearl Jam shirt and call them hipsters. Every decade has a name for it. Punk, Goth, emo. Continued necessity for stereotypes.  At least I'm not addicted to burned, overpriced coffee.

Me (sipping from skinny iced caramel latte, no whip): If hipsters want to be different from the norm, why do they all look the same? It seems ironic. Real ironic, not like a fly in your chardonnay, which like everything else isn’t ironic in Alanis Morissette’s song “Ironic”?

Hipster: Ugh, I loathe that stupid, whiny song. Someone needs to show her the definition of irony. Jumbo shrimp, that's ironic. There are too many people in this world for anyone to be truly unique. Anyway, I'm going out for a smoke. (He produces a hand-rolled cigarette)

Me: Jumbo shrimp is an oxymoron, not irony.

Hipster: Good luck with your article.

Me: Good luck with your music column.