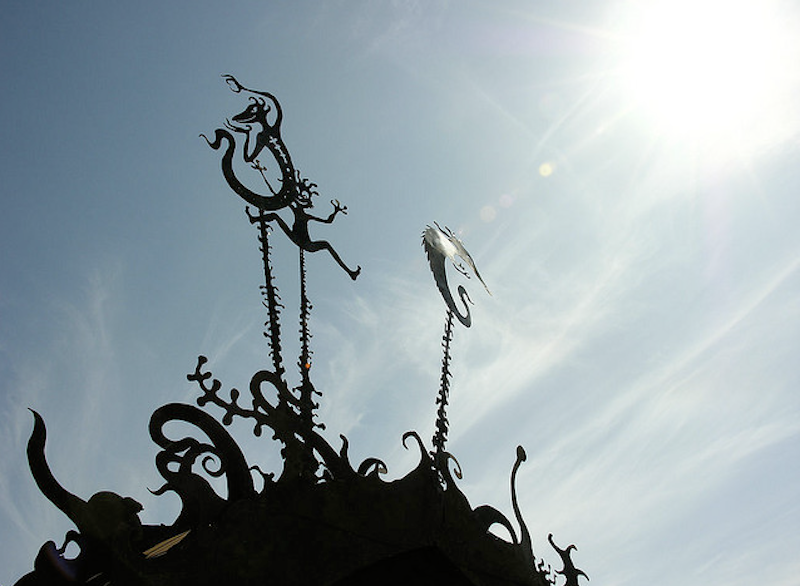 Lou Reed: I'm always listening to what's going on out there, whatever it is.

Christina Kubisch: These systems often are in places where they shouldn't be.

Kubisch: For example, it happened that while I was walking around a street, I could hear everything that was going on inside an office, including voices and computer activities.

Reed: I mean, if there's something further from left field, tell me what it is.

Kubisch: I have a collection of hundreds of hours of recordings in my archive. I don't know if this is music or noise, but I'm always fascinated by this aural universe halfway between heavy metal and pop music!

Reed: It's inconceivable to me that you could find someone who hasn't done something contrary to what they know is good for them.

Kubisch: Sometimes at night I go through electronics catalogs and ask myself what I can change, subvert, using some components in an improper manner.

Reed: What does that mean?

Kubisch: The city itself can become a concert.

Reed: Have you listened to it?

Lou Reed: They like to read things, they like something with a little depth to it, they don't find that as a bad thing.

Kubisch: By using very strong and heavy coils, I could pick up many magnetic fields, thus breaking the limits of the present receivers.

Reed: Think of it this way: you lay out your 10 bucks, or whatever the hell it is, to go to a movie for two hours. So you're there.

Kubisch: Then I discovered headphones.

Lou Reed:  I was so deep in there, I thought we were the same person.

Kubisch: When people ask me what I am, what do I do, I always struggle to answer.