In which our nostalgic columnist looks back on an exciting year using customary bold type. 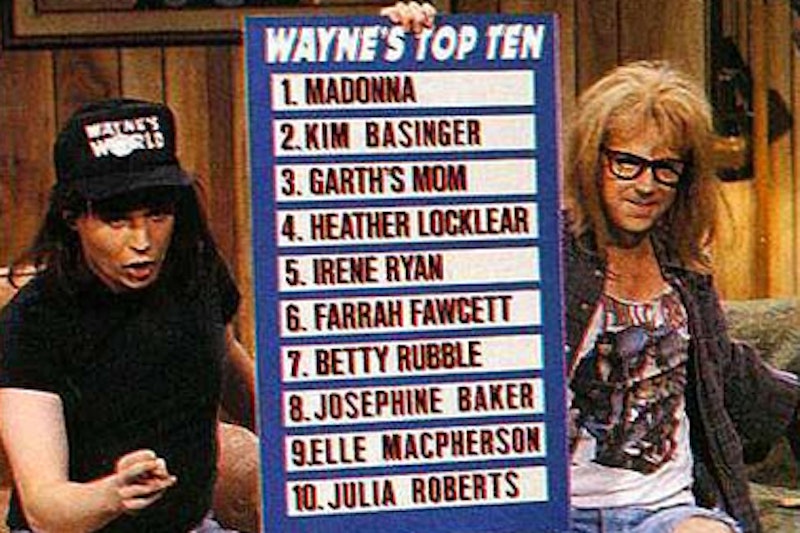 Usually I make up my own topic for my Mr. Wrong column here on the Splice Today dot-com, but after The Editors asked me—sorta after asking me if I really needed to file a column, which I almost didn’t on account of The Holidays—could I make it an “end of the year” thing, and please to not make it one of those “trite 10 Best,” and/or “10 Worst” deals, which is OK by me, even though I kinda like “Top Ten” and stuff like that, because it is a Quick Read on the shitter if I’m on the business end, and if I happen to be The Means of Production, it gives me an excuse to use bold type, and so I will begin my non “Top Ten,” non-“Bottom Ten” Year in Review by noting the use of bold-faced type in the Print Media, and Pixels, also.

Also Good Times this Year of Our Lord 2008 anno domini is the promise of a Shiny New President, which really doesn’t happen until Twenty Ought-Niner, but the Promises have been all year. I sure hope we get another one of those Stimuluses, because I kinda blew my last one on food and drink, also known as groceries, probably along with errbody else who got downsized or even rightsized, so I hope My Next President Barack Hussein Obama starts signing some checks for We The People—I think the car companies should go bankrupt like the rest of us, as in U.S.—as soon as he’s done getting all swore in as Leader of What Still May Be The Most Powerful Nation In The Free World. Yeah! I’m going to Washington, the District of Columbia when he gets sweared because I think it will be An Historic Occasion, so I hope I can get a picture of me with him at the “meet-and-greet,” har! Look, I voted for him and totally Predicted his Presidentialness way back in Jan. 2007, when I was also columning about Super Bowl which always gets a bold whenever I have a chance to be bolding, which doesn’t count for A Year of Review in the Double-Oh-Ocho, but since I voted for him this year, I get to boldface my own ass as a Political Pundit-Genius who saw The Future. Also, our New Leader has been known to hoove a cigarette or two, and I think he’s trying to quit, but cut him some slack on account of his stressful occupation, OK? Also, errbody loved the President Josiah “Jed” Bartlett as Portrayed by Martin Sheen on television’s The West Wing, and he smoked the cigarettes also.

Wow, I can’t believe I didn’t bold-face the Splice Today Web site yet, so please to let me look back at Two Thousand Zero Zero Eightball with a fond bolding of www.splicetoday.com, where since March 2008, I get to deposit a column (and a paycheck) every other week, thereby moving my Total Columnar Output up to almost weekly, the lack of which I still bitch about once in a while on my column that happens in the Baltimore City Paper and pixels, as far as being every-other, weekly. It’s like, errbody else is all about Bloggering and Twittering and whatever and it’s all good, I even gave ‘em some bold-face Love to show I don’t Hate on the blogosity of the Blogiverse, but so far I am simply a mild-mannered “column” writer, a columnist, if you will, which I guess means I write more words at one squatting but I only poop out a column every week as opposed to every day, or every 20 minutes, like some of these crazy-ass mofos.

Again, I don’t hate, we’re all different, Blog and Twitt and Tumblr your asses off, man. I even made a Tumblr for a minute, and I would put pictures of snack foods and various things, but I kept forgetting my password and also, I didn’t get the Positive Reinforcement of Getting Paid For Writing like I do for the City Paper and my New Best Friend Splice Today which is so awesome I just bolded it again.

In 2008 I also did a lot of eating. Man, I like to eat, I mean, if my metabolism was different I could totally be one of the Morbidly Obese, but I am blessed to only be a semi-fatass, I guess, which makes it easier for me to drag myself to places like Arby’s for one of those things made outta some kinda thinly-sliced “meat” that has bubbles in it, I swear, but I don’t care, I am bold-facing one of those things right into my face as soon as I get done thinking up some more things to bold-face right here in my favorite place in the whole World Wide Web, the splicetacular Splice Today Web Place, which I have just awarded with the Bolded Three Times Award, an Honor previously bestowed only upon, erm, myself and the Mr. Wrong column, available almost every week, until I get laid off like Everybody, Everywhere. I wonder if I will make a Blog then?