In which our generous columnist/citizen extolls the virtues of taxation and spends his refund on beer-battered mushrooms. 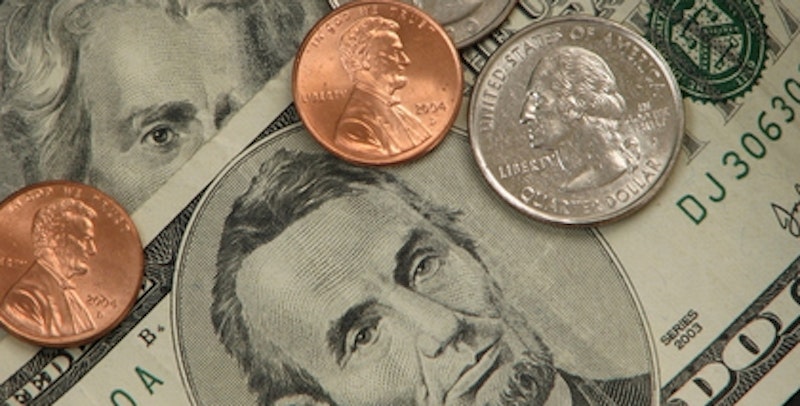 Last time on the Splice Today I was gonna write about Televison, aka teevee, which is one of my Favorite Things in the whole world, but I got sidetracked, and I swear I really was gonna write about some T-to-the-V, this time, but when I sat down to poop out this every-other-week’s column on the Splice Today, I remembered it was the last day to file the Taxes, or else I would become a Criminal, so I’m gonna do my Taxes.

I don’t mess with figuring ‘em out myself because I would probably be overzealously Creative, you know? Yeah, I hire a Professional to handle my business, Taxwise, so I can Relaxwise, yes yes? Plus, you can deduct being a Lazy Who Hires Somebody To Do They Taxes, did you know that? This is America, and I am a High-Powered Executive, har!
So the Taxes, it’s not like they are exactly one of my Favorite Things like teevee or the new Iron Man movie I haven’t seen yet, or gravy, or a new candy bar I never heard of, or going to the Track to bet on the ponies, or Corn (but not in soda pop or my gas tank, of my car), but basically, I got no problem with the taxes, really. I also list Suburban Golden Ginger Ale as one of my things way more Favorite than Taxes.

I subscribe to that whole “Render Unto Caesar” angle which was invented by Jesus H. The Christ or one of his ghost writers; there’s this scene in his movie where somebody asks JC about paying the Taxes, and homeboy goes: “Whose picture on the coin, jackass? Not yours, right? So give it back.”  OK, that’s totally not the exact quote outta the Jesus Bible, but I only have the O.G. Bible (the one that came out before Jesus), and the Book of Mormon, which I can’t even figure out (no offense), but those are the only ones I’ve got in my collection of Holy Books lifted outta hotel rooms, and they don’t feature Jesus as much as the Bible II or whatever it’s called. And it’s not stealing to take a Holy Bible or a Book of Mormon out of a hotel room, man. I do it every single time I stay in a hotel, and They (the ones who put the book in that drawer next to the bed) totally want You (or in this case, Me) to have the goddamn thing, right?

I mean, they can’t expect you to read the whole fucking book during your accommodations, you know? It’s like, I read on the can, but even if I read the whole time I was in my room, there’s no way I could get through a whole The Holy Bible over an average hotel stay, especially not with that teevee on, you know? Which it is the entire time I stay in a hotel room, even when I’m not in it, to keep Bad People away. Plus: Free Cable! Those Scientologists would probably be doing better, Public-Relationswise, if they started leaving some of those Science books in the hotels, huh? I mean, I’d totally take a crack at theirs if it were Free, you know?

Anyway, I never read the sequel to the Bible, and I know a lotta people like it about as much as some people enjoy Godfather III, but I heard some parts out of it and I thought the Jesus had some good lines, for real. His take on Taxes is like, Money is this shit somebody invented to trick us into doing each other favors, and you can’t get all wrapped up in worrying about keeping your portrait gallery of Caesars or Dead Presidents together for All Eternity, right? Plus, We The People gotta pay for some Government and shit. Even if you are one of those “Less Government” types, you gotta support some shit, like some fucking streetlights or cops or Air Traffic Controllers or an Army or National Parks or an agreed-upon Medium of Exchange, hah?

I mean, until we all have Electro-Debit-Strips implanted in our foreheads or whatever, we need some cash, man, and somebody’s gotta print that shit and distribute it, and also make sure The Enemy can’t print some funny paper, on account of it would Wreck our Economy, you know?

So yeah, I am pro Taxation, and I’m not sure 42 percent or whatever of the Budget based on My Tax Dollars for tanks and missiles is a good balance for the expenses, but I am OK with the Taxation, and I got no problem with the Redistribution of Wealth, especially since I don’t have any, see? Yeah, man, I get all excited if I’m in line for a Refund even though I should be mad, I guess, because that means The Man has been holding my loot, deducted outta my fucking paycheck, while I coulda been enjoying it in the form of some new tires for my Honda Civic or some Fine Dining at the Outback Steakhouse or something. They have this new appetizer called “Bushman ‘Shrooms” at the Outback which I think is just some mushrooms coated in that shit they put on the Bloomin’ Onion®, but it’s pretty good, man, I mean, I know they’re like, Deep Fried and come with Dipping Sauce, but mushrooms are kinda good for you right? Yes? Like, isn’t it Healthy to order the “Bushman ‘Shrooms as opposed to like, the “Aussie Cheese Fries” with bacon on ‘em? Anyway, that’s how I spent my refund (that I didn’t get yet) already.