Must reality be quite so dull? 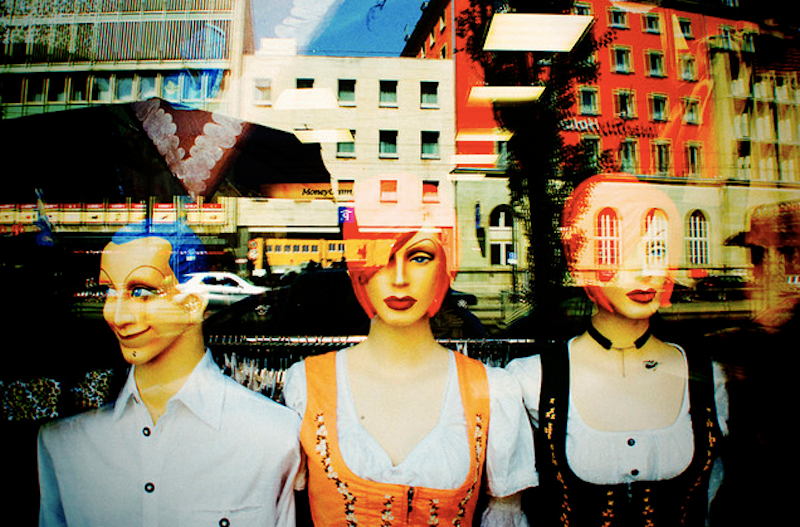 The dream of virtual reality—in which people wearing complicated headgear enjoy lurid and exciting experiences as a sort of substitute for real life—remains deferred. But lately it's occurred to me that maybe we don't necessarily need complete illusions to make the waking world more interesting, to replace whatever we perceive as life; perhaps a slight twist on reality would be enough to make waking up every day and wandering through an existential no-man's-land of non-events and anti-climaxes worth the trouble. Here are a few ideas for VR developers to chew over.

Most of our day-to-day encounters are infused with a banality so intense that they're nothing short of humbling: paying the barista for the double latte, exchanging insincere pleasantries in passing, enduring morning traffic in a near-comatose stupor. But what if it could be a little different? What if somehow that barista and those co-workers and your listless co-commuters could magically be replaced with caricatures reminiscent of almost-identical, sound-alike characters from Hanna Barbera, a kooky cadre of campy laugh-ins like Wacky Races, Scooby Doo, Sealab 2020, and Valley of the Dinosaurs? Trading in despondent voices and drawn expressions for anxious, cartoon desperation and unimaginative, central-casting facial renderings would inject some intrigue into the daily routine and trick the interface user into believing he/she is enjoying an extremely subtle LSD trip.

What if you were struck in a boring staff meeting, but then all of a sudden your boss metamorphoses into the sneering, Lego figurine equivalent of Han Solo without even being vaguely aware of it? What if that BlackBerry in his hand was suddenly replaced with a phallic whip? That could be a lot of fun, assuming you could keep a straight face and keep your shit together, because if you couldn't you'd probably either get clocked or get fired.

Have you seen this new commercial where the Kia Soul Hamsters show up in the middle of an ultra violent video game, and start breakdancing and stuff, and so the soldiers and droids that have been squaring off suddenly opt to lay down their arms, and they start dancing, too? It's a great commercial, and it's convinced me that we'd all be a lot happier if technology subbed in the Kia Soul Hamsters and the aesthetically sterile vehicle they were created to promote at random times during the day. So you'd be watching the State of the Union and the hamsters would be freestyling on the President’s dais, or as your child relates a long, meandering, and improbable tale, he's gradually replaced by these impressively buck hamsters and an accompaniment of pumping techno beats. We can only dream.