Their reboot series is a huge success, but can they keep it going? 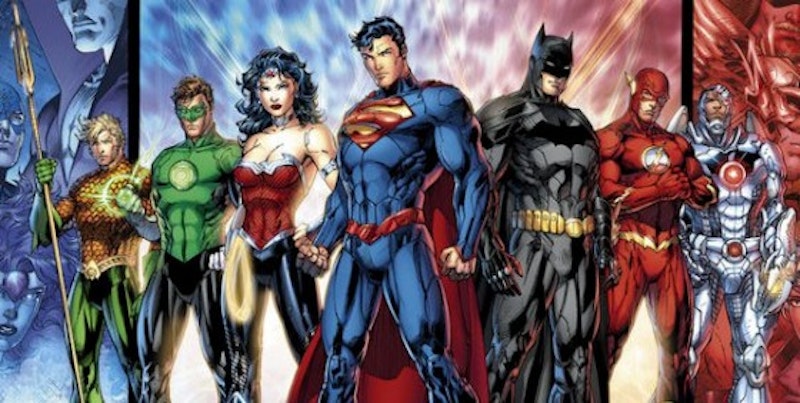 Three weeks into DC’s “New 52 Re-launch,” fans are starting to realize that continuity doesn’t matter, so long as the books can carry coherent, entertaining story lines and consistently deliver artwork that accurately portrays the DC Universe and the superheroes who inhabit it. If anything, the “New 52” represents a sign that the comic book industry is alive, and not as close to death as some initially thought. DC has suffered from declining sales for over a decade, and it was apparent that something had to change. The publishing giant shrunk for years, mainly because of their inability to attract new readers. That’s hardly surprising. Flagship titles like Action and Detective Comics were in the middle of 900 and 800 issues, respectively, and who wants to start there? An issue labeled number one is extremely appealing because you don’t have to be familiar with the series in order to understand the plot and follow the dialogue.

Still, DC took a huge risk in revamping their entire lineup. In an age where superhero movies are rebooted every four years, it’s not hard to imagine why people are sick of origin stories. It was very possible that the “New 52” wouldn’t sell at all. Angry comic book fans could’ve protested the re-launch in large numbers by switching to Marvel or Image for their weekly fix. Comics aren’t cool, and just because half of the major blockbusters released today are based on them, doesn’t mean that they’re in any way mainstream. Comics have faded from a childhood classic and turned into a nerdy collector’s item. Maybe the number one isn’t sufficient, maybe a comic book is enough of a social stigma to keep new readers away.

And DC took the risk. It looks like it’s paying off for them, too. Comic shops across the country are selling out of titles, adds for the “New 52” are popping up during commercial breaks, and Barnes & Nobles everywhere are stocking twice as much inventory. The “New 52” has reinvented a dying publisher, and put it back on the map as the best, and cheapest, comic company in the world.

It’s going to be interesting to see how the next couple issues sell and develop. Losing steam is a realistic possibility, both on the commercial and critical front. The team of writers and artists that DC has assembled for the first story arcs of the “New 52” are top notch, but what will happen when they leave? Will their replacements be as skilled and have as large pedigrees as their predecessors? Probably not. Will readers get bored of these 52 superheroes by issue three? Possibly.

But DC has established a base to work from, and that’s what really matters. They’ve clearly drawn in a prodigious amount of new followers and a very small amount of longtime readers have jumped ship. In an industry that’s floundered for decades, it’s a refreshing trend.