Though he's still the best comedian around. 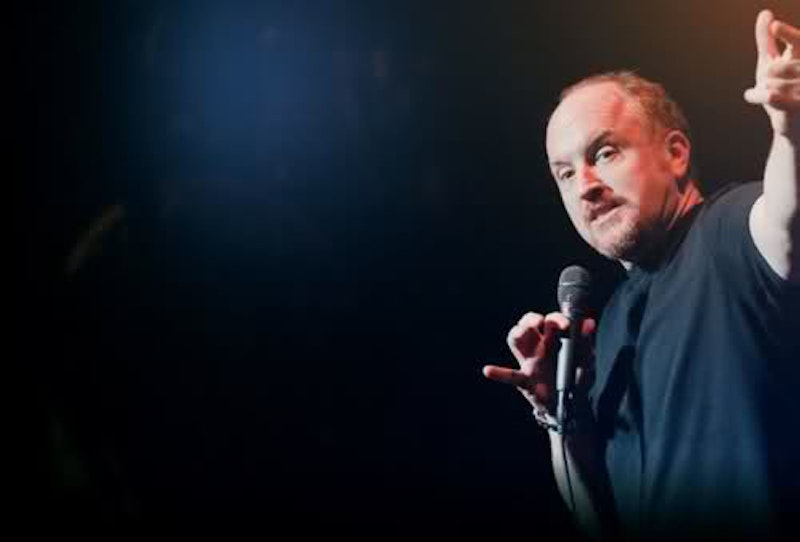 Comedians aren’t supposed to sell out symphony halls. Louis C.K. has become arguably the most respected and popular American comic. His FX show Louie is equally accessible and experimental, he writes an entirely new set each year, and he’s reached hosting Saturday Night Live popular recognition without toning down his dark and misanthropy-lite material. As C.K. says in his current set, he was born with the body and mind of a 45-year-old, and now that’s reached middle age, physical fugliness and depressing disappointment with the rest of humanity is ripe and on time as it’ll ever be.

Seeing his set on New Year’s Eve in Baltimore at the Meyerhoff Symphony Hall was hugely exciting because this guy will be canonized next to Carlin, Murphy, Hicks, and company if he isn’t already, and seeing any artist in their prime is a rare and lucky pleasure in music, where a songwriter’s credibility doesn’t pass 35 without raised eyebrows and skepticism. C.K. isn’t “hope I die before I get old,” he’s “I’m old and I will die sooner than most of you.”

It was a subdued hour and change of his signature themes: body’s falling apart, the joys of divorce, the shortcuts and arbitrariness of civilizations (one extended riff revolved around murder becoming legal and frequent), and astonishment at how amazing everything is and how no one is happy or even seems to notice. His 2200-strong audience was full of families with grown children, dates in their 20s & 30s, and a number of older patrons who looked like they walked in on the wrong night.

No, my mistake—I’m so used to seeing anyone over 45 at a rock show as an aberration worthy of a conversational aside that the abundance of big spenders in black tie with their trophy wives was surprising. I naively went in thinking C.K. might workshop some Sandy Hook material, but quickly realized he’d be crucified by this crowd. An extended “but maybe it wasn’t so bad…” riff went through children with nut allergies rightfully picked off by natural selection, American troops being partly at fault when they get shot in combat, and the Make-a-Wish foundation giving dying kids with a week to live wonderful memories as a total waste of time, before he got a stern rumble of disapproving “oooooooo’s” with something to the effect of “most of the engineering wonders of the world wouldn’t have been possible without slavery.” No one wanted to laugh at a joke about slavery being great until they were reminded about the children with nut allergies, then it was A-OK to guffaw.

Maybe it was the low volume of his mic (am I losing my hearing?), but C.K.’s set lacked the visceral and unpredictable aspect that makes live entertainment worth leaving the house. But I haven’t seen a stand-up show since 2007, and still am legally barred from lubricating at the lobby bar beforehand. Louis’ material and thrust is still head-and-shoulders the best in popular American comedy: he weaves an enormous amount of humanity with legitimate disgust with other people for ridiculousness like the phrase “the N-word,” impatience with incredible technology, and the flexibility of our values. No one is as honest or perceptive.
—Follow Nicky Smith on Twitter: @MUGGER1992