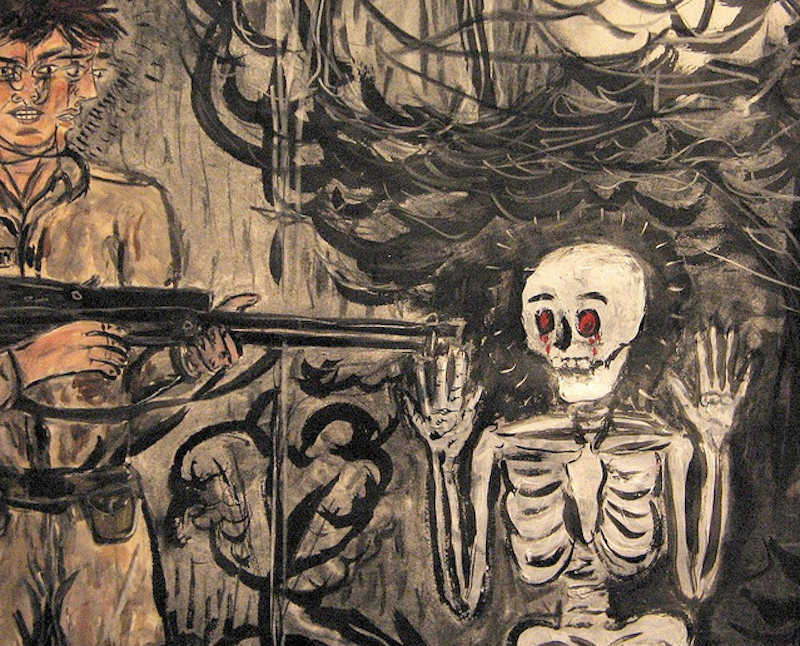 Gordon Brown: So education, health, and helping people, that’s what I’m about.

Harvey: Soldiers fell like lumps of meat, blown and shot out beyond belief. Arms and legs were in the trees.

Brown: I know these things can happen.

Brown: But they shouldn’t be doing that, there is no life for people on the dole anymore.

Harvey: Date palms, orange and tangerine trees, and eyes are crying for everything.

Brown: Have you been at some of the children’s centres?

Harvey: I have seen and done and things I want to forget.

Brown: We’ve been trying to get people back quickly.

Harvey: With your lovely mouth.

Brown: A million people come in from Europe, but a million British people have gone into Europe; you do know there’s a lot of British people staying in Europe as well.

Harvey: Let’s head out to the fountain of death and splash about, swim back and forth, and laugh out loud.

Harvey: It was dull, and browny-red, “the colour of blood.” I fear it cannot be explained.

Brown: Well you should check it again just to be sure, to be absolutely sure.

Brown: The problem was that I was trying to deal.

Harvey: Bitter branches, spreading out. Waiting in the copses, with hearts that threatened to pop their boxes.

Brown: We had a whole mêlée of press around.

Harvey: When you rolled a smoke, or told a joke.

Brown: You’re a very good woman, you’ve served the community all your life.