Lessons My Father Taught Me 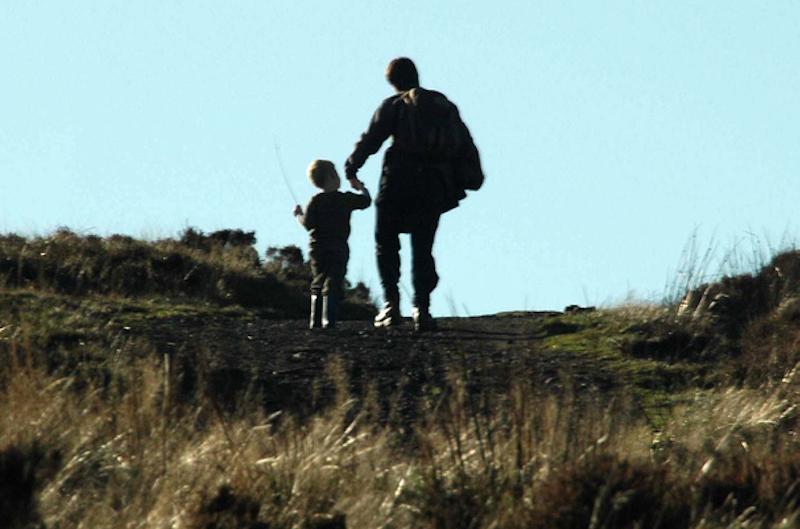 Calm and stoicism can be forces for good, and "speaking softly" can sometimes equate to "carrying a big stick."

"Living the dream" is having the entire basement to yourself to stock with bookshelves and stereos.

The New Yorker can be an oasis; sometimes, it's the only oasis.

Sometimes taking a wrong or unplanned turn can be downright transformational.

To be observant is to be near omniscient, or at least to become a better writer.

Whenever possible and reasonable, help people who need it, even if you don't know them and there is no clear personal advantage to doing so.

"Smile! What's there to be sad about? It's a beautiful day, and the sun is shining."

Why buy traditional cups when you can drink from faux mason jars?

Corny humor is a universal solvent, pretty much; it's disarming and puts others at ease.

Swearing is unbecoming, and the less you swear, the more good you'll ultimately command.

Carrying index cards and a pen in your shirt pocket at all times means that you're well-positioned whenever inspiration strikes.

A propensity to list-make does not betray a feeble mind, and will ultimately yield success.

There's no limit to what one can learn from the local library.

Walks are quintessential; so are long drives alone.

Parties are easier to survive if you can strike up a conversation with someone else who seems ill-at-ease and isn't talking to anybody else either.

Sometimes stoicism can fail you.

Giving a bit in negotiations can reap huge dividends in the end of a deal, even a minor one.

Sometimes life knocks you down. When that happens, you pick yourself back up again, brush yourself off, make a loony joke, and get on with things.

Be honest always, but find a kind word or compliment to share.