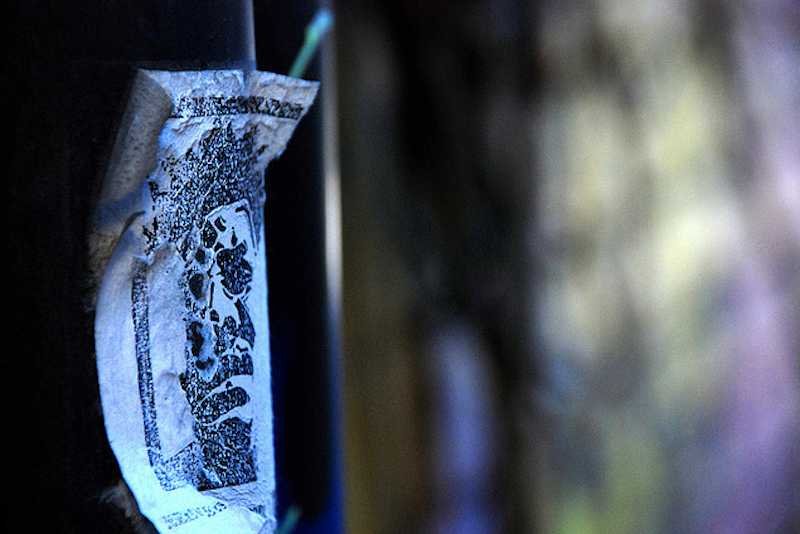 Raf Simons: In the early beginning I booked some models once, and after the show they were saying things to me, and it was like they were aliens.

Lynda Barry: Like a hand puppet—you start moving its mouth with your fingers and you look into its eyes and you get the feeling it is saying something and the being that is doing the saying is a little bit different than you.

Simons: It's real. You could buy it in the local record store.

Barry: That meant slowly and by hand.

Barry: But you should come to my class and I'll show you how to do it.

Simons: I don't give a fuck, actually. That was like another world.

Barry: You can get rid of something before you even know what it is.

Simons: For example, there was sometimes a person we'd see in the street we'd never seen before, and we'd just ask if they would be interested to relate to what we are doing. Can you believe that?

Barry: The key to eternal happiness is low overhead and no debt. I'm not sure about psychics.

Simons: I was playing on a farm with cows and sheep and chickens and a lot of children, and that's it.

Barry: I don't get to do any of that now. I don't want to die before I do that.

Simons: It's probably also related to not wanting to age. We found a garage, on the seventh floor. It was wild.