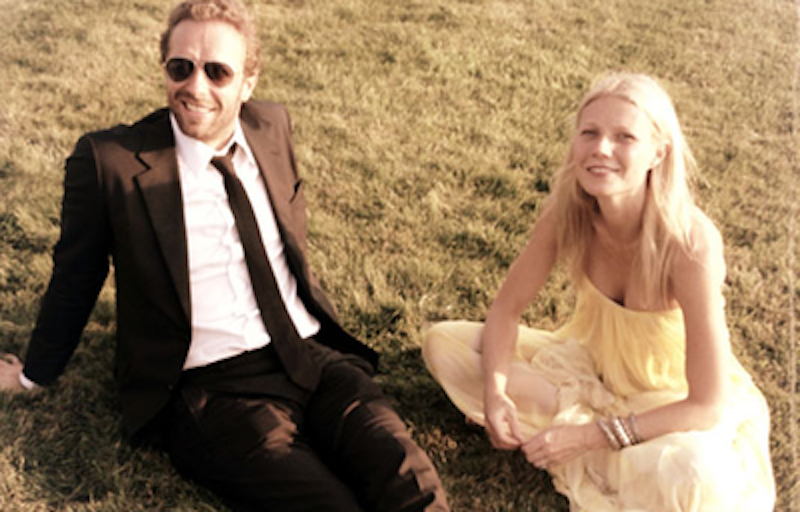 There's a highly typical blog post on Slate concerning Gwyneth Paltrow's rather special way of saying her marriage is washed up. She says the marriage has entered a period of “conscious uncoupling,” a concept explained by a couple of PhD's who wrote an essay for her website. The idea, apparently, is that nowadays lifetimes last longer than marriages were ever meant to go. We must learn to recognize when a marriage's expiration is coming up, and we enter on these transitions with eyes open and hearts available, “present.” In a sense we do the breakups just right, the way a ballerina dips or a good teacher does downward dog. Which means... great, one more thing to do just right.

I think that's the spirit behind the post at Slate. The piece starts out by saying that all of her adult life, Gwyneth Paltrow “has made women feel bad about themselves.” The writer, Jessica Grose, then calls to mind an article in a small-circulation city magazine (Bethesda) that lauds a local coffee-achiever woman, somebody who does wonderful things as wife, mother and law partner while keeping her backend slim on the treadmill. Grose notes, “Just as Gwyneth presents herself as an ideal to strive for, Lesmes is also offered as something of a model woman.”

That's a lot of work for “Just as.” The article hasn't shown us that Paltrow presents herself as an ideal. The evidence put forward indicates that Paltrow wants to put a good face on things while keeping a great deal of her business to herself. Why wouldn't she? “The announcement of the split is accompanied by a gorgeous photograph of the supremely actualized couple lounging in the grass,” we're told. Well, it's a nice photograph, a friendly-looking photograph with Paltrow coming across a bit hunched and squint-eyed but smiling. The web page where it appears is tasteful in a way that recalls intelligent college girls of the 1980s: Sonic Youth listeners and Lynda Barry readers. The type could use something to make it stand out against the mauve. Our Slate correspondent tells us that, after Paltrow's news came out, “a friend of mine texted, 'Honestly it made me want to get divorced! And I am not even married.’” I think the friend gets worked up way too easily.

Grose says, “Gwyneth’s sun-dappled breakup announcement is just the same tired keeping up appearances that wives and mothers have long been expected to do.” Everybody tries to keep up appearances. And notice how the charge keeps jumping around. Keeping up appearances is not the same as presenting yourself as an ideal. Similar behavior can be involved: swanning about with head up. But behavior doesn't make all the difference. There's the intention behind it to consider, and the way the behavior is read.

Paltrow's behavior is read in the spirit of the millions of women who feel enslaved by expectations, meaning other people's expectations. They look at a Paltrow and think she's ideal, and because they aren't Paltrows they want to bury themselves. But why are they looking for a Paltrow? They tell each other to tap something within, to empower themselves and find their passion and achieve agency while living out loud. Meanwhile, their eyes creep over to the golden one. They moon, they glower, they steep. They write posts at Slate that sound like many other posts at Slate, all on the theme that a woman's state of mind is the fault of whoever she's looking at. The princess combs her hair and they're sure she does it to spite them.