This means I’m not human. 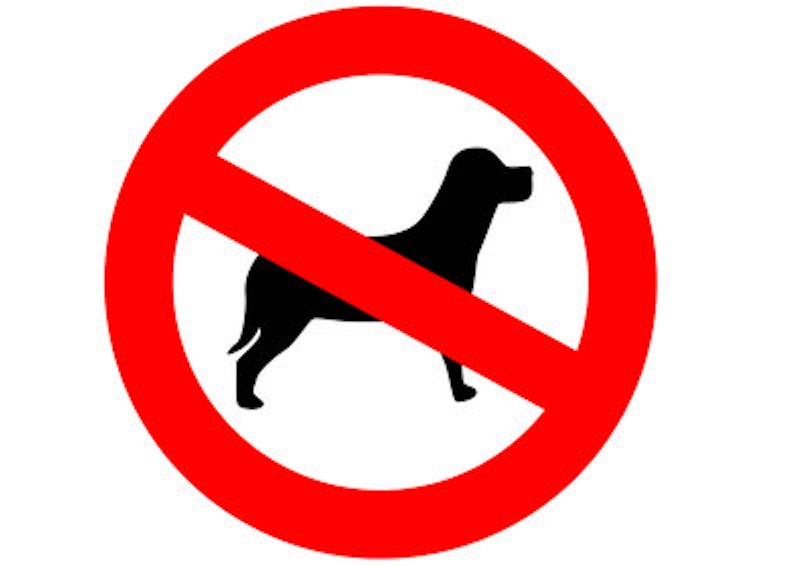 Dog people assume everyone else is a dog person. When you come to their house, they allow their dog to jump on you, lick-assault you, and go to third base on you with their noses. Dog people do not stop their dog from doing this. I have never understood it. Would it be socially acceptable if, when you came to my house, I allowed my children to tromp on your clothes with their dirty feet, jump up and lick your face, or stick their nose into your crotch? No. So why is it okay for a dog? Dog people think you should care about their dog. That you should “greet” it, pat it, or do whatever dogs and dog people do when they physically express emotion toward one another. Dog people actually seem insulted on their dog’s behalf when I try to explain that I don’t like dogs. Once in awhile, I have actually lied and told someone I am allergic to dogs just to make them get their dog the hell off me and go put it in a room.

Dogs know you’re not a dog person. Each dog in the world that encounters a dog-hater believes, very faithfully and wholeheartedly, that he or she is going to be the dog that will change your mind. They notice you immediately; in a crowded party of 100 people, the dog will sniff you out as a dog hater, walk up to you, and immediately begin a campaign to win your affection. They do the whole sad-dog-face thing, they cock their heads and look at you and pout, they sit to see if you’re impressed by that. They put their heads near your hand as though you need a reminder that you are supposed to be petting them at the moment. No, dog, I am not going to pet you because then my hand will smell like dogs, and I can’t stand dogs.

I blame my freakish dog dislike on my childhood. I grew up in an apartment complex where pets were not allowed. So I wasn’t exposed to dogs at a young age, which is apparently when people who are dog people begin their life-long canine love affair. I never had a dog as a kid, so by the time I was a young adult and was around people with dogs, I was kind of just like why are those people treating that dog like it is a human?

I have a dog. The only reason I have a dog is so that my children have one less thing to whine to their therapists about. I don’t want to be “the mom who never got us a dog when we were little.” That’s it. I agreed to bring home our Cavalier King Charles Overbred Annoying High Maintenance Spaniel under the following conditions: I will not feed the dog. I will not walk the dog. I will not show affection for the dog. The dog is not allowed in my bedroom. Plainly: if you guys want a dog, you take care of the dog. I will pay for food and vet bills, and that’s it. And it’s worked out pretty well: Ollie is going to be five in December. My four children, especially the 15-year-old who is his “true mother,” really love him.

But she was in marching band camp and I had to take the dog to the vet the other day. He needed shots ($175 I would have rather spent at the spa) including one for his annoying skin condition. The vet asked me where “his mom” was and I explained I was just filling in. I did my best to comfort the damn dog when he cried about the shots, even though I smelled like dog the rest of the day.

At the vet, another couple waited for their big old retriever to come out of surgery, and bragged continuously to the receptionist about the dog like it was their child for 10 minutes. Inside my mind, I rolled my eyes. When their dog came out, mine jumped up to greet the bandaged big dog. The couple looked at me and said, “She doesn’t like small dogs.” I looked at them and said, “I don’t like any dogs.” And that shut the damn dog people up.