How Weird Can You Get and Still Make a Living? 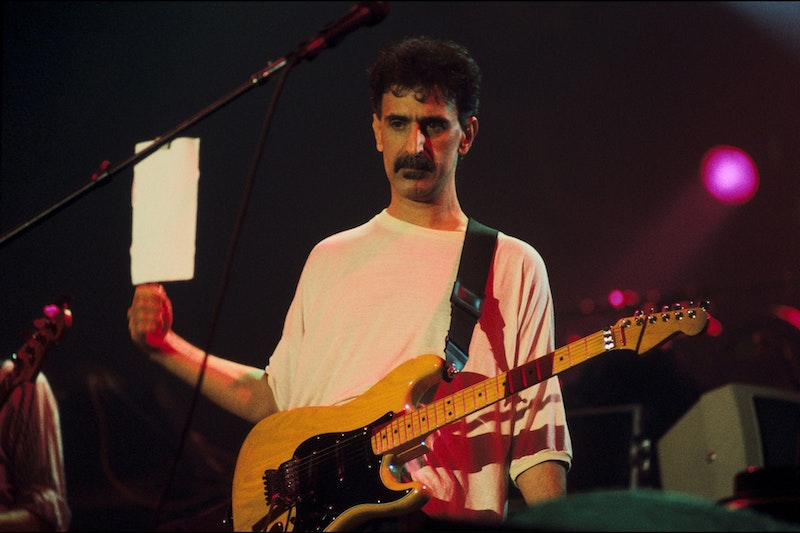 Edward Norton: It’s all such a blur. Tell me a little bit about yourself.

Frank Zappa: You know, I think that what you have in mind is probably something more romantic than the way I look at it.

Norton: I think I could have walked over to Netflix and gotten double the budget and gotten everybody paid.

Zappa: This is usually accomplished by changing your hairdo periodically and having a good wardrobe.

Norton: [Laughs] Nobody ever gets it better than The Onion.

Zappa: Well, usually that would get rid of the girls and the ignorant boys and what was left over was somebody you could have a conversation with.

Zappa: Sure. My kind of music.

Norton: Yeah, well, we were always obsessing on the synergies. You know?

Zappa: And then there is the amount of what you can refer to as assumable risk: How weird can you get and still make a living?

Norton: Yeah, there’s a coexisting sensation of satisfaction and just the settling contentment of a thing that had been rattling in your head a long time. I didn’t intend it that way.

Zappa: I wrote it on a Lufthansa flight from Frankfurt to L.A., and it was pages and pages about the fundamentalist right and weird things that they do.

Norton: You know, great things came out of it.

Norton: But that opening, yeah, and a roar in the dark, in the glacier.