How Medicine Fails the Modern Woman

More readily-available medical information has created a nation of hypochondriacs. 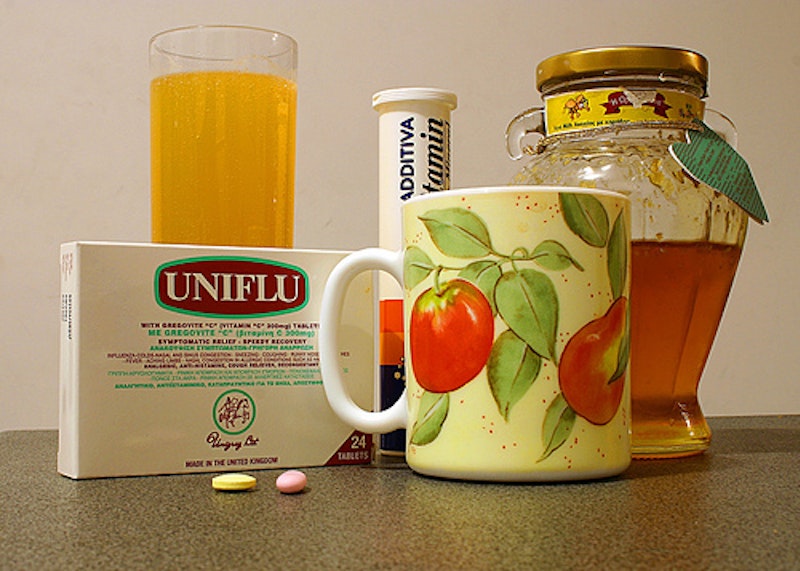 It's the age of intelligence. We get a brain-load of information from our paper coffee cups. Our attention spans are two seconds long. We can simultaneously type an email, listen to iTunes, have the television on, and instant message with multiple individuals.

On the plus side, I would say that modern humans' multi-tasking skills have improved multiple-fold.

Had I been born 200 years ago, without access to the kinds of information to which we now have, what kind of person would I be? I'd certainly cease-and-desist with all self-diagnosis. Unless one was in the throes of consumption or the plague, I think it was generally assumed that one was a healthy unit. I'm pretty sure women, 200 years ago, weren't thinking that every single jab or feeling of tiredness was Instant Cancer.

My problem is that I'm a reader. I read everything. Cereal boxes, shampoo labels, old hunting magazines in doctors' offices. And I absorb a lot, having a penchant for reading things I shouldn't. For example, while on line at the grocery store and I see a headline that says, "WOMAN TRUSTED HER DOCTOR WHEN HE SAID IT WAS JUST A FRECKLE, AND THEN FOUND OUT SHE HAD STAGE ONE MILLION CANCER AND DIED TWO DAYS LATER," I'm going to flip hurriedly to the article. I'll skim past the details: "Laura went to her doctor because she had an itchy freckle...he prescribed a cream and told her not to worry. She died two days later. Itchy freckles are the final, fatal symptoms of this rare form of cancer that only effects 27-year-old females with blonde hair living in Baltimore city;" and then spend the entire car ride home gulping and thinking that my freckles are itching me.

Magazines such as these have convinced me that, as a twentysomething female with occasional insomnia, anxiety problems, and a history of being melodramatic, these habits will lead me to be:

-Morbidly overweight
-Incapable of getting pregnant someday 15 years in the future
-Diabetic and dependent on an insulin drip for survival
-Dead.

The problem is, they don't tell you how to combat the insomnia, the anxiety, and the melodrama beyond:

-Stop drinking coffee
-Stop drinking alcohol
-Stop eating everything but vegetables
-Don't go outside
-Don't talk to anyone
-Don't read anything (except this magazine, which is the only thing that will ever, ever keep you alive.)

So, my insomnia/anxiety/melodrama is worsened, 10-fold, by the fact that I'm now freaking out about becoming an overweight sterile diabetic woman well on my way to death. I start thinking about all of the stress hormones coursing through my body and, the next thing I know, I haven't slept in four days and have drank my way through half a bottle of vodka while Googling "itchy freckles."

All of this information is just making me more neurotic.

I am well aware that the media knows this, that they make money off of this, and I see all the advertisements in magazines for pharmaceuticals that cure:

And, yet, I still read the story about the girl who found a small lesion on the top of her head and died of carcinogenic melanoma approximately five minutes later. And when at the beach, I'm frantically touching the top of my head waiting for a lesion to appear that will be nothing less than the harbinger of doom. And I am consciously aware that this is ridiculous behavior, but I do it anyway.

I'm a woman of my time, an out of control hypochondriac. I am convinced that days of tiredness mean leukemia, that every spot on my body is melanoma in its final stages, that every little dust-cough is H1N1. I have read up on every symptom on WebMD and Google Health, categorized everything that my body is doing at every given moment, and yet am still hungering for more random disease-cases by which to terrify me. And keep me awake at night. With the insomnia that I shouldn't have because it will, apparently, lead to my untimely death.

Modern medicine has failed us. There's a reason doctors stopped making house calls around the time all of this information became readily available. We're so busy self-diagnosing, they figured they'd wait for us to come to them.