A week in New York and some childhood nostalgia. 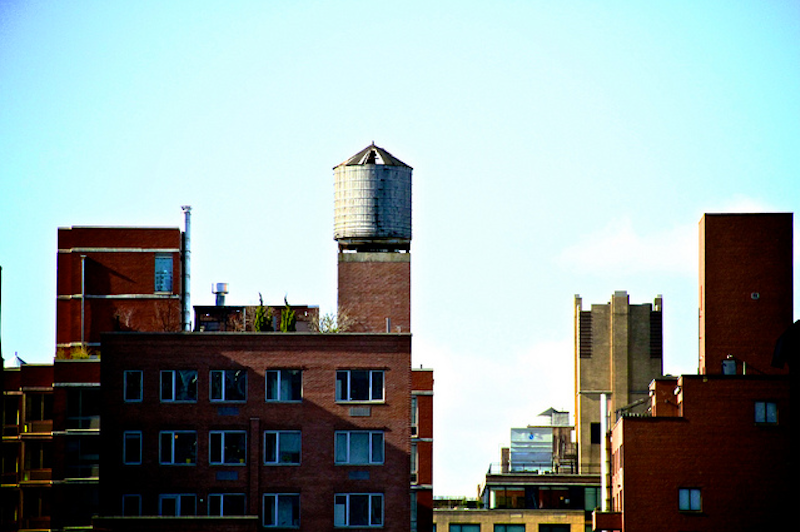 I’ve been in New York for a week, and with the exception of a few forays outside the hotel to eat, get lost, and then call anyone I know who might have access to Google Maps, I’ve spent most of my time waiting for the elevator at the Marriott Marquis in Times Square. There are a dozen glass elevators in the center of the building and during hotel rush hour—which is pretty much all the time—you might wait 15 minutes to get back to your room, a room that lacks all the amenities of a Comfort Inn and yet costs $400 a night.

Why am I staying at this hotel when a single night costs roughly than my weekly income? Let’s just say I’m here on “business.” Unfortunately, I really am here on business, and that business is way less interesting without quotes around it. My boss needed someone to work a convention at the hotel and because I'm the only employee old enough to rent a car, here I am. I spend all day at our booth in the convention hall and spend evenings eating spanakopita and drinking hotel wine with authors and academics in receptions hosted by larger companies than mine. The authors and academics are impressed with my knowledge of contemporary literature and my willingness to argue with them. I don’t mention that my opinions are derived from a quick perusal of The New York Review of Books, the only thing I’ve read longer than a short story lately is Zig Ziglar’s What I Learned on My Way to the Top, and that I’m arguing mostly because they prefer it and I’m in sales. By the end of the night, they’re all hitting on me, and I say I’m going to use the bathroom before ducking into the elevator. The next day, they stop by the booth for small talk and no one mentions that I never came back.

New York is a place I came to fairly often as a kid. My dad’s parents lived 200 miles north of the city in Homer, a town named after an epic poet who didn’t have a bookstore or even a newspaper, and we’d stop in the city for a little sightseeing on the way to Grandma and Grandpa’s house every summer. Usually our parents would drop us off with the grandparents and drive straight back to the city for a week while us kids slept behind the house in an ancient RV without power or a working toilet and helped Grandpa hunt the beavers that were turning his land to swamp. I preferred upstate to the city, which always struck me as inconvenient and rather filthy. I didn’t want to go to Statue of Liberty or Rockefeller Center or Central Park, all of which were likely harboring virulent species of flesh-eating rodents or, at the very least, pickpockets. On one of our trips to the city, we were on the observation deck of the Empire State Building when it caught fire. My mom dragged us down 86 flights of stairs, and I went home with a sprained ankle and a story that I felt gave me the impression of being adventurous, although I would have preferred the trailer in Homer, reading chapter books about scrappy orphans who lived in boxcars and watching Grandpa skin beavers, to any sort of adventure.

The fire in the Empire State Building and New York in general didn’t compare to the vacation in Atlanta one summer, when we somehow convinced our parents to take us to the World of Coca-Cola, a museum enticing to all kids, but especially those like us, the children of hippies, who were raised to think that Coke was seltzer with a slice of lemon. When we asked to go to Disney World, our mom told us that we were not Disney World people and spooned more plain yogurt—which we were told was ice cream—into our bowls, yet our parents took us to a museum celebrating capitalism and high fructose syrup. The tour started with the origins of Coca-Cola, which was invented by an Atlanta pharmacist in 1886, and went through all the big moments in the brand’s history, from the first bottles and cans through the disastrous recipe change of 1985. The museum made Coke seem like a benevolent force spreading joy and bubbles across 200 countries, even ones in Africa where kids didn’t wear shoes but looked mighty happy holding bottles of Coke in high-resolution photographs blown up on the wall. Coca-Cola, it seemed, had a reach like the hand of God, and at the end of the tour, when we came to a room of fountains spewing every kind of soda imaginable, where you pushed a button and Coke or Sprite or Orange Crush would come streaming into your cup without having to beg your parents for two quarters for the vending machine, it really felt like heaven.

In Atlanta, we stayed at the Marriott Marquis downtown, a hotel much like this one in Times Square. This was also out of character for my family. Most of our vacations took place on a tiny island in South Carolina where none of the houses had air conditioning and our primary source of entertainment was listening to the neighbors gossip on the party line and catching small green lizards that we'd flip on their backs and watch play dead while our dad taught us about defense mechanisms. My bedroom at the beach house was always dirty, with dark paneled walls and a blood-red bunk bed. Its only source of light was a fluorescent lamp advertising Schlitz that belonged over a bar, and I wanted one for my room back home. The Marriott Marquis in Atlanta was different. That hotel also had glass elevators, and they scared the hell out of me. While my brother and sister would press their noses to the glass to get the best view of the lobby speeding away at three floors per second, I would cower in the corner for the ride 30 or 40 floors up. This was typical: fireworks, thunder, unleashed dogs—each sent me running for my dad, arms raised, begging him to pick me up. When I got too big to be held, I would wrap my arms around his legs and hide my face from whatever terrifying thing was out there, a defense mechanism better than playing dead.

Last night, feeling like I should experience New York outside of the Marriott Marquis for at least an hour or two, I decided to meet a friend at a bar on the roof of a La Quinta Inn in Koreatown. I Googled the directions and the asked the concierge to look them over for me and stopped a cop on horseback just to make sure, but I was still disoriented when I got to Koreatown and went into the wrong building. There was no elevator, but there were stairs, so I started walking up to the roof, past a restaurant full of people speaking languages I didn’t understand. On the second floor there was a karaoke bar and on the third floor there was another restaurant with no white people in it and on the fourth floor there was a no trespassing sign. I was starting to sweat and it wasn’t just because of the stairs. I should have stayed at the Marriott Marquis, a glass and gold hotel full of tourists with money, a place where the most terrifying thing is the line for the elevator and you always know just where you are. I turned around and went downstairs. I got lucky: the La Quinta Inn was the next door over, and the elevator was working, and there my friend was, casually drinking beer in the shadow of the Empire State Building as though it’s perfectly normal to live in a city with 8.2 million people, a city with strangers and glass elevators and buildings that could catch fire at any moment. And for my friend, this is perfectly normal. Navigating to a bar on the roof of the La Quinta Inn in Koreatown is just a Thursday night for her, nothing to sweat about. Other things she’s done that I haven’t: teach in Alaska, travel to Iceland and get married.

Soon, it was time to make my way back to the hotel. I had written down precise directions on how to get to the La Quinta Inn but no directions back. How hard could it be? I’d just go left where I went right before. But it was hard, and I was quickly lost. I wandered down blocks empty but for street cleaning crews that seemed to be following me, trusting my inner sense of direction, which is always wrong, before calling my sister in Colorado, not drunk but probably sounding like it from trying not to cry. I’m lost, I said. Can you help me find my way? With Google’s help, she did, and I got back to the hotel and took the elevator to my room, which doesn’t even have a coffee maker or a mini-fridge, but at least I'm not lost among 8.2 million people anymore. And I won’t be again: the conference ends tomorrow, so I’ll hand out the last of my business cards, pack up the rental car and point it towards home, a place between the World of Coca-Cola and the Empire State Building, where there’s no hand of God, but there’s no fire either.