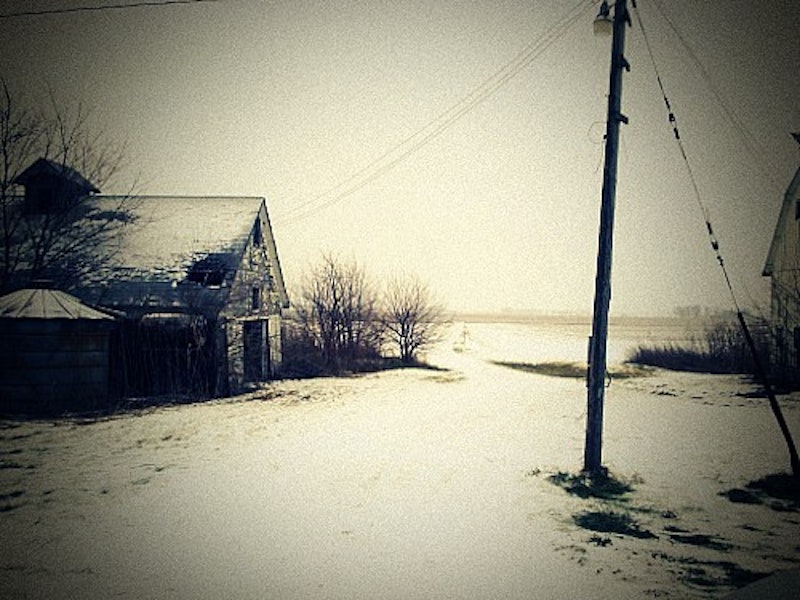 Snow is only positive under extremely rarefied, specific conditions; it's very unlikely that all of these conditions will occur simultaneously. Here are those conditions:

2) You are possessed of an unobstructed view by which you might, palms on chin, contemplate thousands of snowflakes tumbling to Earth for an extended period of time.

3) You are feeling hale and hearty.

4) There is plenty of food at hand, and stuff you want to read or watch on television.

5) You do not have to leave your domicile, or really want to.

6) There is adequate heat available.

7) You are not working from home.

8) You are not worried about anything.

9) You are not mildly depressed.

Unless you are seven years old, these stars will not align for you; no one reading this article is under the age of 15, so, you know what? Fuck snow, seriously.

Snow is fun for about five minutes, then I'm over it. For those five minutes I'm stunned silent by the miracle of freeze-dried precipitation, then it's on to some other distraction or problem until I have to go outside. It snowed up here the other day for a good long while, kind of leveled off, and then turned to rain. All of this coincided with an all-encompassing personal exhaustion, body aches, and an upset stomach, which may have curdled my fascination for this change in the weather, which came bundled with cuttingly low temperatures.

Snow is neat to look at, but not to trudge through, as I did when I wandered downtown at lunch to grab some essentials at CVS because unless there was some emergency there was no way I was cleaning off my car (since moving back north I haven't acquired a scraper). It's hard to see, which has the effect of rolling back whatever pedestrians achieve via wintry weather because what's forcing drivers to check their speed is forcing you to check yours. There is a definite pedestrian-walking-in-snow-humor, though, which is where everyone is squinting and stiff and pinched, moving a measured swiftness but gingerly, too, because nobody wants to be out there longer than they have to but nobody wants to fall and break a hip, either; I found this amusing until I realized that I probably looked the same way to everyone I was passing. From a middle distance, snow makes everybody look like a hobo, desperate and hunched.

A couple of hours later, the rain showed up, transforming the act of going anywhere from a cautious novelty into an act of fool-heartiness, because of how insanely cold it was. Hulking dump trucks spilled salt all over the side streets, and rain turned that fresh, powder snow into gross gray puddles of sludge. Perhaps my loathing of snow is tied, in part, to the realization that eventually it will disappear, in some cases far more quickly than in others, leaving behind a messy reminder of the purity and promise it seemed to carry with it, at first. A lot like so much of life.