Melancholy in the middle. 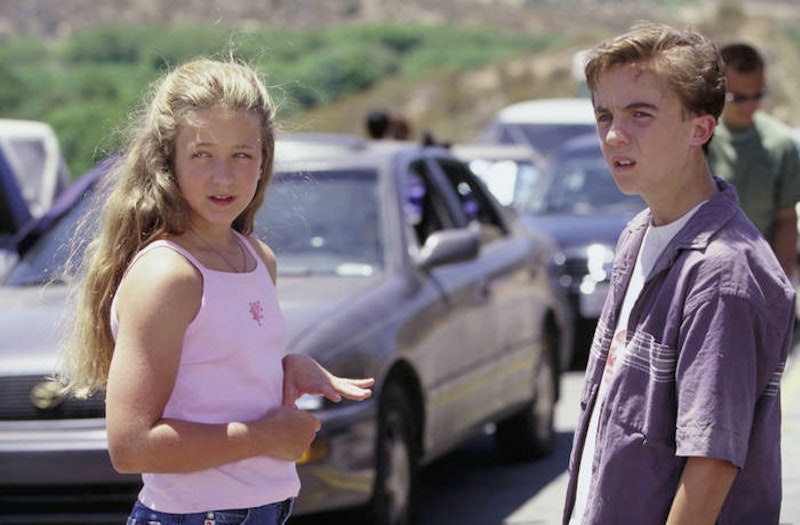 One aspect of 1990s and early 00s kids’ programming that’s often overlooked in nostalgia navel-gazing is how dark and fatalistic a lot of it was. The Simpsons was cynical but mostly humanistic, and that show belongs more to Gen X than the Millennials, who are more used to Family Guy’s mean-spirited nihilism and selfish amorality. Malcolm in the Middle, though it debuted in 2000, is very much of the early 90s Gen X mindset, full of pre-teen ennui, economic anxiety, and suburban dread. Its worldview is bleak but pragmatic, and it cares about its characters deeply. But no one gets off in this show—everyone, from Frankie Muniz’s titular wunderkind, to Bryan Cranston’s Hal (a slightly smarter Homer Simpson), to their bad apple in military school eldest son Francis, to their cantankerous and determined mother Lois, spends most of their time on screen privately thinking “I’m fucked.”

As a kid it drew me in because of how uncomfortable it made me feel, like an ill-fitting polyester bowling shirt. Every authority figure is shown as either incompetent or compromised in some way. The children are controlled and punished by adults who would normally have their spawn taken away from them. Malcolm’s only friend, a soft-spoken kid named Stevie, is ridiculed constantly for being black and confined to a wheelchair. Presidents, principals, parents, and police officers are always shown to be unscrupulous, lazy, and harshly cynical when it comes to the rearing of the next generation. Malcolm is considered precocious and “gifted,” yet he is relegated to the “Krelboyne” class at his middle school, a designation that puts a target on all of their backs. Stupidity and brute force, in the form of bullies or bureaucracy, are allowed, even encouraged, while a more nuanced approach is shot down by everyone that feels threatened by it.

Season one’s episode “The Funeral” examines a dozen ideas about the American family and the suburban ethos. It’s all about keeping up appearances—dressing up for a funeral for an aunt who hated everyone and vice versa, getting caught in your underwear in front of the girl you like and ruining her day, destroying your brother’s birthday present for no reason at all and trying to cover it up. Every character is an exposed nerve, flailing about wildly as the world cruelly pokes and prods at them, compromising their sanity. The boys are all constantly at each others’ throats, going between truces and outright war at the drop of a coin. When Lois retreats to her bubble bath and Hal to his quadraphonic stereo set-up, claiming the boys’ lives aren’t their responsibility any more, things crumble, and the structure Malcolm and his brothers spend their time challenging and chipping away at, look safe and comfortable in the face of total universal chaos. There is never a feeling of resolution with this show, and like life, it tastes unsatisfying in an almost hostile way. It’s a shame only the first season is available in the States right now. Malcolm in the Middle has traces of the darkness that make Tim & Eric so compelling, but with a reassuring humanism and courage in the face of absurd, Sisyphean struggles.