Five Reasons to Live in Portland, OR 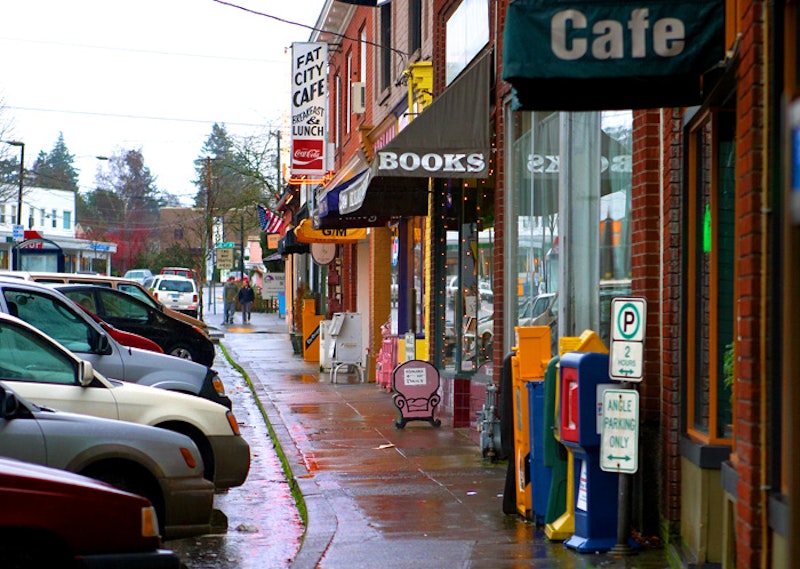 Everyone wants to live in Portland, Oregon. On the east coast, I often heard people talking of moving here. Usually they mentioned the natural beauty but sometimes they brought up the city’s great services. I live in Portland now and can’t imagine living anywhere else, and so I offer five reasons to move here.

1. No Sales Tax—Among the literature you receive when arriving as a new resident, including information on the library, trash pickup, and other city services, is a pamphlet from the Oregon Department of Revenue. It states, “The Oregon Department of Revenue welcomes you to Oregon, a great state to raise a family! One of the many great aspects to being an Oregon resident is that when you buy a soda for .99 cents, it really only costs you .99 cents!”

2. Orphan Kids Wash Your Car—The city has two new innovative programs that work together to ensure the brightest future for Oregon’s needy. Funding through Send Help Immediately Today gets put on top of the Put Oregon’s Orphans Right (POOR) to give opportunities to the less fortunate. One of those great programs provides sponges and buckets to kids seven and younger, allowing them to roam the area’s freeways in search of a well earned 50 cents.

3. The Streets Are Literally Paved With Gold—Many people know Portland was founded back in the mid 1800s during the Gold Rush. What they don’t know is that is the Gold Rush is still going on to this very day! It is an oft-cited statistic that Oregon has a 14 percent unemployment rate, a figure that doesn’t count those who have stopped looking for a job, but what that statistic doesn’t measure is the huge portion of individuals who’ve gone to work as prospectors, searching for gold in the local rivers and tributaries. The success rate is so high that when these entrepreneurs return from the water, their buckets and boxes are often overflowing with gold. Amid such wealth some things fall through the cracks, and a few bits of gold often falls unnoticed on the streets where it is trampled into the pavement by passers by. The effect is Portland’s streets are covered with pressed shiny gold. It’s especially pretty during the beautiful Portland sunset!

4. Free Sex—This city program must be one of the most successful. Come sundown, beautiful women and men line the boulevards of this great city. Dressed festively, they are in such chipper moods that inevitably within moments of giving them a lift (they always seem to be in need of a ride), things start getting intimate. One time, after seeing a person for the second time that evening, I asked if he/she/he-she/she-he/it-he had the proper paperwork to repeatedly request rides and she/he/they assured me that they were licensed, bonded, and insured employees of the great City of Portland and were official greeters. What other city would think of employing so many people just to greet tourists and travelers?

5. Low Cost Space travel—This program hasn’t yet begun, but I was informed of its existence through a phone call with the City’s Public Relations Department. Oddly enough, after becoming quite agitated with my many questions, the representative decided to tell me about this exciting program. According to him, everyone in the city will be eligible to be, “shot the fuck into space” as soon as they get the program up and running, sometime within the next year or two. “Sure it will,” he said when I asked him if it will be cheap. Sound like another wonderful city program to me!