Remain unresolved and lower your chances for self-hatred. 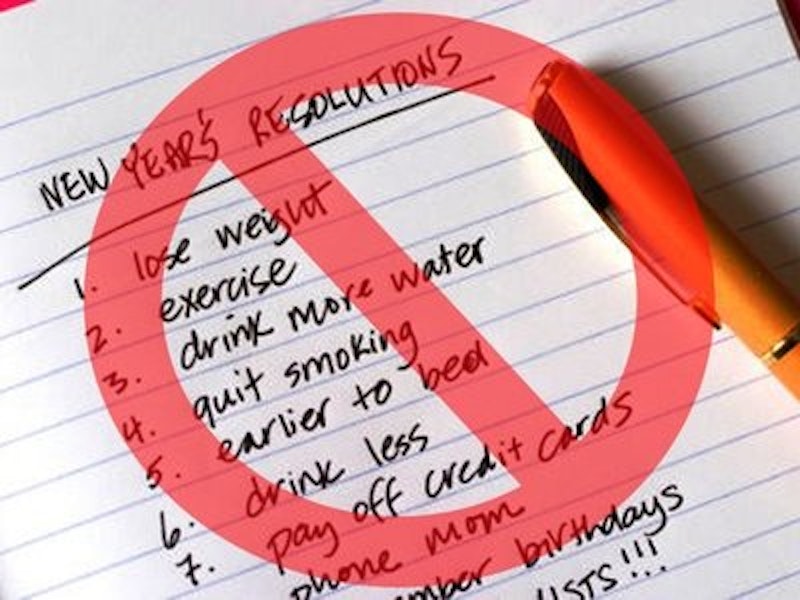 New Year’s resolutions are stupid. I never make them, and that way I am never pissed about failing. It’s a general middle-aged life policy I’ve developed: lower your expectations, avoid disappointment. Our 20s and 30s are decades packed with unattainably high standards, hamster-wheel hard work, and voluminous emotional effort. As I’ve hit my mid-40s I’ve realized that there just aren’t that many things in life that are so important we need to get all riled up over them. New Year’s resolutions fall firmly into this category. Here’s why: