It’s my party and I’ll cry if you want me to. 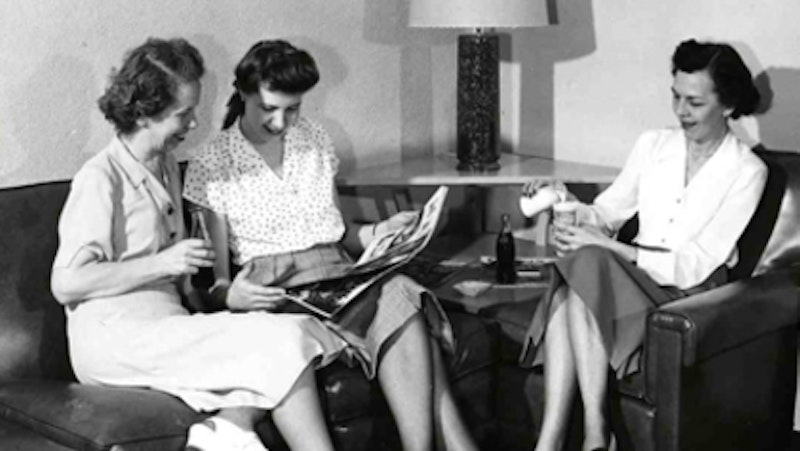 I wasn’t a very nice girl in middle school.

Mostly, I blame it on the politics of the age group, the incessant social need to build yourself up by knocking others down. I gossiped and spread rumors and purposefully excluded other girls from my tight-knit clique of friends. I wasn’t actually a mean-spirited person and knew that what I was doing was wrong, but in a strange, illogical way, I also felt entitled to my actions, having endured such similar torture the year before.

In seventh grade, I was the new girl in school. My family moved to Michigan from Texas, and although we were native northerners and only picked up the slightest southern phrasings after seven years of Texas living, I became an instant target for cruel mocking and deep-seated stereotyping. Rumors spread that my family was so poor that I had to eat food found in the garbage. The popular girls told everyone that I wanted to marry my brother and that my dad, who is actually a college professor, made his living by cleaning out Port-o-Johns.

They wouldn’t let me sit at their lunch table because I bought my clothes from Mervyn’s, not Abercrombie & Fitch. Every little flaw—all those small things I didn’t like about myself that at the age of 13 felt like monumental failures of character—they picked up on. I didn’t wear the right clothes or shoes. My hair was straight, not wavy. I was too curvy, too short, too boyish. I wore a Best Friends necklace when they were no longer popular. I carried a backpack, not a messenger bag, and even when backpacks became cool again, mine was green when it should have been red. They kept shooting me down and I kept coming back, over and over again, changing every part of myself to fit their ideal, only to learn their ideal had changed, and I couldn’t keep up. I was like some kind of emotional masochist, feeding off the pain of their insults.

That kind of abuse—the kind that cuts straight into your every insecurity and exploits the human need to define the self only as it relates to others—is something you never really get over, never fully let go. I’ve carried it with me my whole life, the hurt I experienced 10 years ago now. I still hate those girls that nitpicked my every action, and I’m sure there are women out there who still hate me. I’m not a part of some unfortunate minority, either. The reason movies like Mean Girls become so popular is that, though perhaps a bit sensational at times, they depict an astonishingly ubiquitous American reality of cruel girls and hurt feelings.

Given my own tumultuous past, you can imagine my surprise to learn that grown women are willingly opening themselves up to the kind of scrutiny that is so common among adolescent girls. Piggy-backing on a trend that she claims has grown increasingly popular with American women, The Daily Mail’s Maria McErlane recently wrote about her experience hosting a “rebranding” party. The rebranding party, she explains, involves inviting all of your friends to your home and rather than “telling you how wonderful you are, they tell you everything about you that they don’t like—with tips on how to change” while you apparently serve them wine and pretentious hors d’oeuvres. These parties rely on guests being “brutally honest about the elements of your personality they feel may be holding you back” and having free reign to “say whatever they want, on this one occasion, without you taking offense.”

The idea here is self-improvement, helpful hints on how to become a better person, or pull yourself out of a tired, boring rut. And who better to give you such advice than your closest friends, the people who know you best and love you unconditionally? The problem is, while it is one thing to tell a friend that honestly, that dress does make her look fat, or bright red highlights would be a bad idea with her skin tone, it is quite another to openly criticize her taste in men, the makeup she wears on a daily basis, her sexual promiscuity, her sense of style, her obnoxious laugh and corny jokes, her bad breath and frizzy hair, as well as her inability to commit and her tendency to over-indulge in Ben and Jerry’s ice cream to the detriment of her physical appearance, all in one sitting.

I was amazed that McErlane found the experience so rewarding, once she was able to get her friends to abandon their traditionally British reservations and open up (albeit through anonymous slips of paper dropped in a hat) about all of her most pathetic and pitiable qualities.  The thing is, women (or perhaps just American women, though I can’t imagine that’s the case) spend so much of their waking lives scrutinizing every aspect of their personal beings that we need our friends to act as a sort of counterbalance. If I think I look like a bloated hog just waiting to be led to the slaughter, I need someone to tell me I look beautiful, not brandish the carving knife.

I know how to lose weight; I’ve read countless suggestions in every magazine I’ve ever picked up. I’ve done web searches to learn how to target different muscle groups, what foods to avoid if I want to burn more calories.  Being fat is not my problem, because I’m not fat. My problem, and that of so many women, is that I sometimes worry about being fat. I worry that my hair looks too frizzy or that I laugh too loud. I don’t need someone I love to tell me how to fix those things, I need her to tell me that they don’t matter, they make no difference, I’m great just the way I am. Friends are supposed to build you up and make you feel good about who you are. Sure, there are exceptions to that rule, like if you’re an addict and constantly putting your life at risk. All your friends might come together and spend a couple hours discussing how you can improve your life, but those gatherings are called interventions, not parties.

By the time I got to college, I felt pretty confident that all the petty name calling and hushed, hurtful whispers of middle school were far behind me. But the truth is, women never stop dragging each other down. Girlfriends still gossip about each other when one of them leaves the room. We’re still jealous of the women who wear the best clothes and the most expensive shoes. We still wish we could be as thin as other women, as well styled, as beautiful. We still call those women bitches and sluts and brain-dead idiots to make ourselves feel better, to build ourselves up by knocking them down. And even though it can stick with us forever, always creeping back into our minds just when we’re starting to feel better about ourselves, I think women like to be criticized and lambasted.

We like to have others point out all our faults and call attention to our failures because, like McErlane, we think it will somehow make us better, help us reach the goal of becoming a woman who doesn’t have to examine her every action and scrutinize her every choice in life. But more importantly, I think we like it because it provides the justification we need to gossip and mock and emotionally abuse other women. I know that if I had to sit through an entire party of my closest friends rattling off my greatest faults I’d probably take some of them to heart and try to make some changes for the better. But also just as likely, I’d make a laundry list of their pitfalls in my mind, and save them up for the day I receive their rebranding party invite.