We're taught to equate our jobs with ourselves, which is too bad in a society where the most necessary jobs are ridiculed. 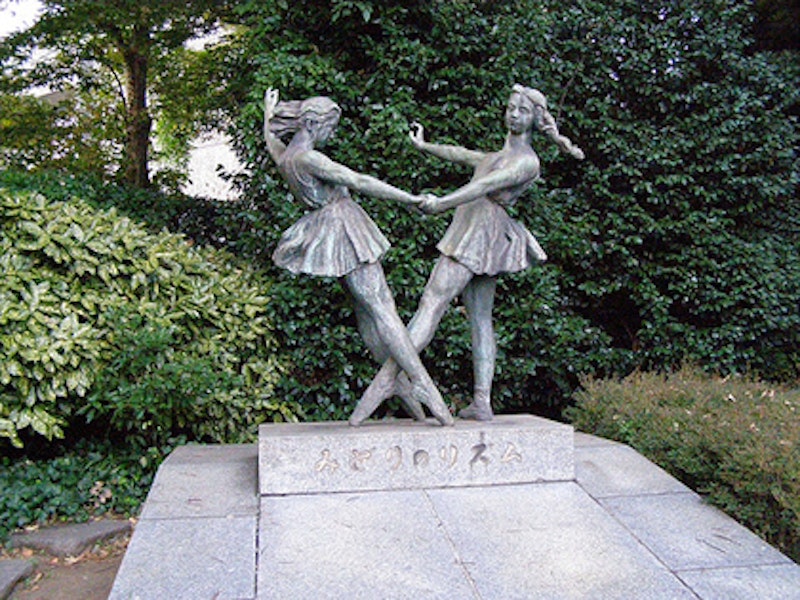 From an early age, we learn to think about ourselves in relation to careers. Childhood aspirations about what we want to do are most often expressed in terms of what we want “to be.” Growing up, I wanted to be a ballerina. I wanted to be graceful and pretty and dress like a fairy princess who prances about on her toes. I didn’t want to devote endless hours to practicing pirouettes, managing my weight, soaking my sore feet and popping blood blisters. Kids who want to be firefighters want to be heroes, strong, daring and admired. They don’t think about having to plunge into a wilting home, where the heat from a fire can reach 1100 degrees Fahrenheit in only three minutes.

It is only when we grow a little older that we begin to understand what it truly takes, the sacrifices required, to fully synthesize who we want to be with what we spend our lives doing. It is easy to say “I want to be an actress,” but immensely difficult to spend year after year going to auditions, recovering from rejections and waiting tables or cleaning bathrooms to make money for rent. Obviously the ultimate goal is to make a living doing what you love, but such personal fulfillment is rare, and for most Americans, a job is what you do to put food on the table, not a reflection of who you are.

Yet our careers are so often regarded as representing our value and worth. What we do for a living may convey our level of intelligence, education, willingness to work hard and sacrifice, and even in some cases, our familiarity with the English language. That’s a lot of pressure to find a position that offers the security of a stable paycheck without inadvertently suggesting that you only understand basic math and, at most, possibly obtained an Associates degree. Part of the problem is that the jobs we rely on the most are actually the ones we value the least. Janitors, construction workers, dishwashers, and cab drivers: we think of them as uneducated, foreign, unmotivated and even deserving of their hardships. But in our increasingly struggling economy, good jobs have become even harder to get, much less maintain.

As part of Salon’s series of essays about the recession called “Pinched,” Heather Ryan recently wrote about her experience as a member of the working poor, people with regular employment who, because of meager pay and unaffordable expenses live in relative poverty. Her story describes the shame she felt when, in the summer of 2007, divorced and funneling $1800 a month into summer child care for her three children, she realized that the food she had gotten from a local food bank would not last until the next monthly pickup and she had to take her family to a soup kitchen for dinner. She had a Master’s degree in Writing, a secretarial position that, while not making use of her education, paid a decent salary.
She had health and dental insurance, access to information about retirement plans and savings accounts. But she still found herself one evening, sitting beside her curious young children and her sullen nine-year-old in a Eugene, Oregon soup kitchen, filled with shame while those around her moved about the dining room with familiarity. It is an interesting story about how a political system that we can support and believe in during times of affluence, is revealed as hollow and fraudulent during periods of struggle. It’s a revelation of how even education and intelligence, the great fortifiers of occupational success, are worthless commodities in times of economic downturn. But as enlightening and insightful as Ryan’s essay is in describing the shame of financial failure, it is the reaction to her piece that conveys more fully the relationship between employment and value in our society.

Salon is known for the vitriolic nature of its comment boards, but the reaction to this article is particularly bitter. Ryan is attacked for having pursued a Master’s in the fine arts. She is criticized for “shitting out three children,” without considering what it would cost to provide for their well-being. The comments reek of anti-intellectualism and anti-feminism and, for anyone with even a modicum of understanding of human motivation, are full of latent fear.

If Ryan were a single mother with three kids and had nothing more than a high school diploma, no one would care about her story; it wouldn’t even be featured on the site. But because she, presumably like Salon’s audience, is highly educated and left alone to raise three children as the result of a failed marriage rather than poor decisions and bad luck, her experience feels a little too real and not as easily avoidable. If she hadn’t wasted her time and money getting a Master’s in Writing instead of pursing a “safe” career, some comments exclaim, then maybe she would have the resources to properly feed her family. What about the engineers who are forced to take mediocre buy-outs or risk getting laid off as American car companies continue their downward spiral?

No one ever claims that an engineering degree is a waste of time. And why shouldn’t she, like all of us, strive to achieve a career where she can make a living doing what she loves? If she couldn’t afford to feed her family because she was trying to launch a small business, people would encourage her to stay strong, keep fighting and not give up on the American dream. Rather than being hailed as a telling example of the government’s inability to properly aid and support its citizens, the system’s failure is viewed as Ryan’s failure because it is easier to believe that the choices she made led to her hardships, choices we’d never be foolish enough to make ourselves.

As the economy continues to sag, though, and more companies are forced to make cuts, no one is really “safe“ anymore. Even many people with stable incomes are having to consider taking on a second job. Office work by day, bartender at night, or grocery bagger on the weekends. It is a hard reality to accept when we derive so much value from successful employment. Perhaps we’d be better served by an attempt to separate our employment from our individual worth. Or conversely, we should more fully recognize the true value of every job and consider the Buddhist belief that all work, if done mindfully and with great care, is of equal importance. I know that at the end of a long workday, there’s no one on Earth I’m more thankful for than the guy who mixes my drink. And I don’t give a damn what my gin and tonic says about him.