Don't Tell Me About My One True Love

I'm thankful for everyone I've loved in my life. 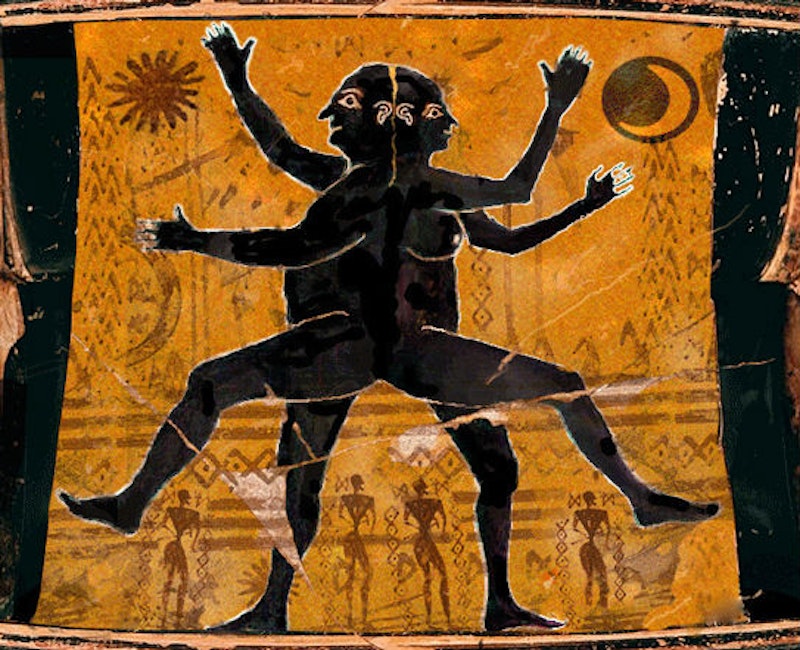 My best girlfriend was a bridesmaid in my wedding and the person I entrusted with my deepest, darkest secrets. One day I woke up and realized, with our dramas removed, we had nothing in common anymore. We drifted apart. When I was young and hopelessly romantic, I believed there was one person destined just for me. Over the years, I’ve come to understand that just isn’t true. An individual can have multiple soulmates, both platonic and romantic. Each of these people serves a purpose and once that’s served, they go their own way.

According to Greek mythology, humans originally possessed four arms, four legs and a head with two faces. Zeus, who was fickle, split the creature into two beings, leaving them to spend the rest of their lives in search of each other. With seven billion people on the planet, I just can’t see everyone jetting around in desperate pursuit of "the one."

Chinese legend tells of a red string tied to the ankles of lovers destined to meet each other. The string may get a bit tangled, but it will never break. In Judaism, the soulmate is called a bashert. It’s said that 40 days before a man is born, God calls out the name of his soulmate. I sure wish I were Jewish, as this would have made my romantic endeavors a lot easier. I believe some soulmates come into our lives for just a brief moment, some for months, some for years and some for an eternity.

Platonic soulmates often emerge to teach us a lesson or give us specific help. Romantic soulmates are a bit more complicated. These are the people you never want to let go of even if you know you have to. Some of them may drift out of your life for many years, only to return again. That is how the universe works. I didn’t have to roam the earth looking for the other half that Zeus cut away from me and I don’t think I got that shout out from God while I was rockin’ and rollin’ in my mother’s womb. I may not have a red thread that is tied to all my soulmates’ ankles, but I do have a heartstring attached to every one of their souls that is meant to endure for eternity.