The argument that recent generations have gone soft is a tired one, and stodgy journalists like Joseph Epstein need to acknowledge that some cultural changes are for the good. 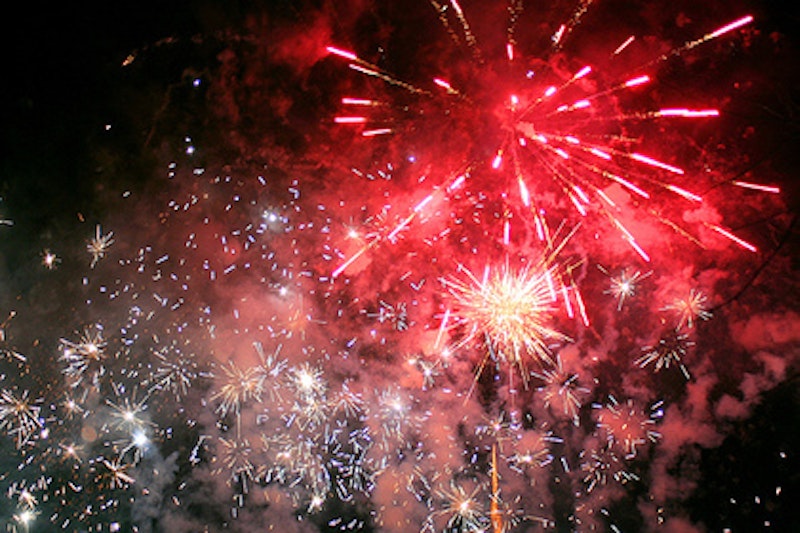 Periodic thunderstorms put a slight crimp in the family’s Independence Day activities—no barbeque for starters—but it was still a fine holiday, filled with watching ballgames on the tube, a silly movie, decent takeout food and best of all, at least from my perspective, no presents. There was an odd moment, however, when the four of us gathered in the back yard for the annual half hour of fireworks, a tradition that the boys and I relish, much to my wife’s consternation.

At one point my 15-year-old son asked if he could take the pack of matches and light a sparkler. Instinctively, I refused, like every year, but in a contradiction that must’ve seemed strange to both him and his younger brother, what followed was a pack of stories from the “old days,” and I told them about the immense enjoyment of tossing around firecrackers, cherry bombs and ashcans with buddies in the deserted fields behind our tract-housing development on Long Island. That I wasn’t even 10 at the time of this common activity really struck a nerve with my kids, and although I brushed off this perfectly sensible confusion with a lame retort that “it was a different era,” it didn’t fly. When they wondered about how my own parents took to such shenanigans, I explained that with five boys in the household it was hard to keep track of everyone and they just assumed that when I stayed out until dark in the neighborhood it was par for the course and nothing was amiss.

My wife was perfectly content with these rules, but I wondered about it, a little disturbed, for the rest of the evening. After all, our teenagers are, thankfully, responsible and cautious young men, and wanting to light a measly fire-safe sparkler wasn’t exactly like requesting permission to hitchhike across the country for a month. As for driving, I have no interest in allowing my older son to get behind the wheel when it’s legally permissible; it’s not rational, especially since my wife grew up in Los Angeles where getting a car or using one of the family’s is the norm, but she agrees with me.

As it happened, the following day I read a Weekly Standard cover story from June 9, a rather provocative essay headlined “The Kindergarchy,” by one of my favorite writers, Joseph Epstein. He’s now 69, and in addition to the many books and articles he’s published, Epstein until recently taught at Northwestern University, where, not surprisingly, he found today’s students coddled, pampered and utterly self-absorbed, a generational change for which he placed the blame on Baby Boomer parents, of which I’m one.

Granted, Epstein’s scathing condemnation of today’s hyper-competitive, consumer-oriented society—at least in elite circles mostly found in big cities—is well-trod turf, but typically he’s done a far better job at analyzing this state of affairs than the hundreds of similar articles in publications like New York, The Washington Post and New York Times. As someone who, while living in Manhattan, did engage in the scramble to get our kids into an acceptable pre-school, applying to several institutions with our three-year-olds in tow for interviews, I do understand Epstein’s scorn, although if he were 15 years younger it’s not at all inconceivable he would’ve participated in this weird rat-race with his own children.

Here’s a choice excerpt about colleges: “Then, the applications completed, the acceptances garnered, the decision made, one last trip: carting the kid off to the school of choice, with a carload of his clothes and appliances, with stereos, computers, television, DVD-player, PlayStation, cell phone, credit card. There he will learn from teachers raised not so differently than he that it is precisely people like his parents—that would be you, Mom and Dad—who have made life hell for the wretched people of Africa, Bangladesh, and underdogs everywhere round the world. Which may not be the payback most contemporary parents quite envisioned.”

That caused a hearty chuckle and I nodded in agreement, although in truth Epstein’s vitriol is a fairly broad generalization. He writes convincingly about growing up in the Midwest with parents who weren’t openly affectionate—a man didn’t kiss or hug his children much back then, he contends—but nonetheless were steadfast in an obviously successful attempt to steer their two boys in the right direction. Epstein’s parents didn’t care much where he went to college, didn’t spend money on SAT preparation—if it even existed then—and placed responsibility and a work ethic over status.

Epstein says this was the norm for middle class families, at least those he was acquainted with, but I think he overstates the case. For example, although my own parents conformed to the postwar ethos of suburban life, they were relentless in drumming into the heads of my four brothers and me the absolute necessity of not only earning straight A’s but also racking up extracurricular activities that would impress college admissions officials. The lack of a stellar record, my Dad would say, meant no scholarship to a top school. I didn’t think it was at all strange when my mother had me post on a bulletin board various achievements in school—even though I was only in fourth grade. This was, in part, a function of being the youngest in the family and following the pattern of “the big boys,” but it did exacerbate my instinctive competitive streak and so when I spoke at the dinner table at the age of 11 about wanting to attend Yale (no dice, as it turned out) it was a perfectly normal conversation.

One of Epstein’s bugaboos is the completely foreign notion—to him—of fathers getting more involved in childrearing, a post-1960s phenomenon, he claims, that leads to parents excessively, and sometimes harmfully, dote on their children as “dauphins” and “dauphines.” He writes: “[Husbands] went to Lamaze classes with their wives; there they were, not infrequently videocam in hand, in the delivery room cheerleading and rehearsing breathing exercises with their laboring wives.” I suppose that’s partially true, and it’s been satirized on television shows, but at least in my own case not really accurate.

In 1992, my wife and I did join a Lamaze class on the Upper East Side in Manhattan and frankly it was a wonderful experience. Once a week for two months, I’d leave work a bit early and meet her uptown, where we’d gather with seven other couples from disparate backgrounds and go over the various drills. I tended to nod off at the repetition, but it was fun to meet people from outside our insular circle, and after the 90 minutes were up, we’d go to a different restaurant. When the big moment arrived, we took a cab to the hospital—sans videocam—and all the Lamaze training went out the window. My wife was unstinting in her call for epidurals, and neither of us remembered the breathing pointers.

In fact, it was a very long process and not at all comfortable for the mom-to-be—the only real world distraction was watching President Bush scuttling his dimming chances for reelection in a final debate with Bill Clinton—especially since the doctors complained that she wasn’t “trying hard enough” to deliver the baby. Almost a day later, our son was born via c-section and the obstetrician, after a half hour of re-hashing with colleagues a recent episode of ER, said, “Well, no wonder it took so long, this kid is over 10 pounds!” We skipped Lamaze for our second son, but it was just as thrilling when he was handed to me upon birth while my wife was zoned out after another c-section.

Epstein’s “The Kindergarchy” is by no means a cheap shot at modern parenting—as any objective people of my age and younger in major metro areas will attest to—but it is somewhat of a caricature. I no longer use a typewriter and don’t miss it; and ATM’s and DVDs and cell phones are all swell. The world has changed since Epstein’s youth and middle age and while he’s not outwardly bitter about that, this splendid writer is simply aghast at today’s culture and not really sure what to make of it. As outlined above, neither am I in many instances, but Epstein might be less vexed if he heeded the dictum of “Don’t Look Back.”