Does an Esquire Subscription Come with a Complimentary Lobotomy? 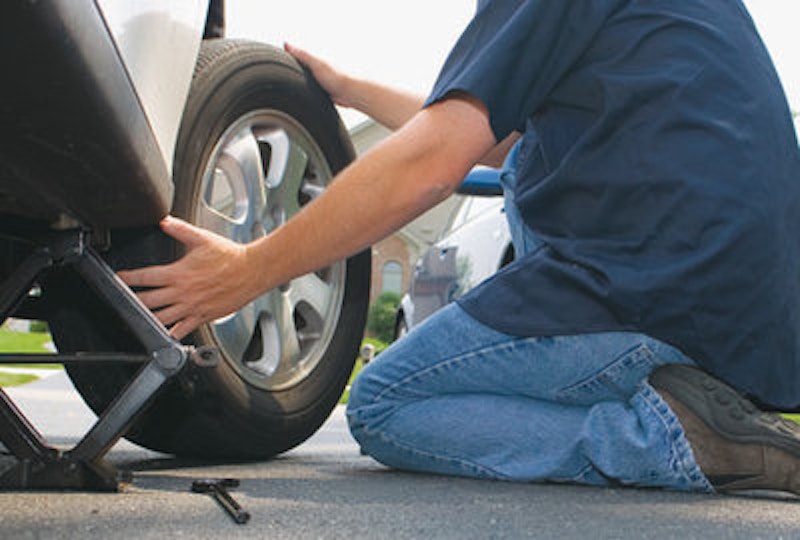 Esquire’s April 2014 issue has a feature called “The Life List: 84 Things You Should Do Before You Die.” You expect it to be silly SkyMall proverbs but after being handed this thing to rip it apart, I can’t say there isn’t some okay advice in here... great advice for boys on the cusp of puberty who never read Esquire.

1. Apologize: Disregard all other entries. This is the one.

2. Take Down That Wall. Rip Up That Floor. Fell That Tree: This makes me think of the corny Norman Rockwell notions of what it means to be a man, but physical labor and doing things yourself can be extremely satisfying.

3. Lose 15 Pounds Without Talking About It: Vanity is not good, but if you’re not trying to lose 15 pounds and it happens, you should see a doctor.

4. Take One Stunning Train Trip. The More Nights The Better: If you have the $$$.

7. Leave a Tip Big Enough to Upset You: Hell yeah!

8. This one romanticizes how empty and flat the Midwest is and suggests you go to “the middle of nowhere” to be “truly alone.” Can’t say I don’t romanticize the Midwest for the same reasons East and West Coasters call it “flyover land.” Simplicity, space, a dollhouse-like version of America... even in my attempt to defend my fetishization of the Midwest I’ve managed to be incredibly condescending. So... I guess yes?

9. Take a Little Girl to See The Nutcracker: Man, this one is just confusing and weird...

13. Have Yourself a Little Cannonball Run: Is this a car thing?

14. Volunteer: Yes, even though I’ve really only done it about three times.

16. Love Something Other Than Yourself: Does loving a band count? This one is illustrated with a picture of a dog, but dogs are not things, they are dogs.

23. Coach Kids (Not Necessarily Your Own): Or be a geography teacher. Sick of this sports shit.

25. Develop a Personal Uniform: A personality?

27. Hold a Newborn’s Hand: Totally! Don’t dip out right after though if it’s yours.

29. Change Someone Else’s Tire Without Being Asked: Thinking of the Brawny Man, this is strong though, practical, nice.

33. Shovel Soil Onto a Casket: Jesus, this isn’t an accomplishment, it’s a sad fact of life... fuck you Esquire ...next.

34.Take a Month Off: Take the next six years off.

35. Face Your Own Mortality By Taking a Physical Risk: Stupid. You might die.

38. Go Rock Climbing: Oh my god, no thank you, sick of this activities shit.

39. Something about cars...sick of this driving motif.

40. Hondling (a more effective and manipulative form of haggling): Chill.

42. Kill Your Dinner: Not really down with this but we’ve got glue traps in the house for mice and I eat meat so I can’t really say this one isn’t dead on... wordplay!

43. Put Your Phone Down: Duh! Let your upper thigh vibrate all day and concentrate on how much of a rush you’ll get from all the faves, likes, and retweets you got during the day and the texts you ignored from Meagan.

46. Sleep Outside Next to a Fire: I wrote in my notes, “This is something I’ve wanted to do only recently.” I don’t know what I was thinking. I will never want to do this. Next.

47. Sleep Outside in a Public Park: Drugs.

48. Try Really Fucking Hard to Be Great at One Thing: Absolutely. Duh! Once again. Duh!

49. Help Bring Life into the World: Too many humans already. You shouldn’t be proud of this. That kid isn’t asking to be born.

51. Reach or explore your peak performances levels while intoxicated: Dude give me the keys.

52. Live Your Nightmare: Chris Jones writes about his experience going on stage at an improv night totally cold, deathly afraid of crickets and boos and a shattered self-image. Another golden nugget—because all hecklers are just jealous and want to be on stage! Duh.

53. Learn to make an Old-Fashioned at the Drop of a Hat: Man, I’m not a fucking bartender or the Dos Equis guy, so give me a break.

54. Ride a Horse. Full Tilt. Across a Field: The only horse for me is Epona and I’m not trying to become a quadriplegic. Next.

56. Make a Sandwich at 3 in the Morning: Illustrated with some beautiful shots of actress Jessica Paré in her underwear holding a PBJ. Esquire readers across the country have deemed this entry “very chill.”

57. Swim Naked: You’ll never get to swim naked with Jessica Paré and they know it, pudge.

58. Sing for Your Supper: No one at Esquire saw Inside Llewyn Davis.

59. Meet Your Hero, if You Have One: Risky. It could really alter how you feel about their work. Even knowing the juicy saucy bits about your heroes from gossip or second-hand news can work against you. cf. Lindsey Buckingham.

62. Walk Away from a Conversation You’re Not Enjoying, Without Explanation: Hell yeah! I thought I invented this.

63. Get Fired, With Cause: Who is writing this? Bart Simpson?

64. Talk To Your Father: No shit. Jesus. Does an Esquire subscription come with a complimentary lobotomy?

65. Sail Continuously for three days and nights on the open ocean: Man, you are risking so much by doing this! The ocean is boring and empty. There’s cool shit down there but we can’t really access it so fuck boats. Next item.

66. Master a skill with your non-dominant hand: My middle school gym teacher told us to do this, very, very useful in playing an instrument obviously.

67. Get Married at Least Once: Think it through dude...

68. Hire Someone: I like how open this one is. It could be anything. Anything. Thanks Esquire for the nasty advice.

70. Watch a Kid’s Show. Figure Out its Message. Incorporate that message into your general outlook: Man this is what KIDS are supposed to do when they’re watching KIDS SHOWS. Is Sesame Street too dense?

71. Attend the Launch of a Rocket: You might see someone die!

72. Believe in Something Fervently, with every fiber of your being, then believe its opposite: God, I’ve done this so many times but it’s fucked up and seems out of my control. No endorsement. Next item.

74. Walk Around New York City All Night: One of my favorite things to do, alone.

76. Read any novel you “read” in high school and be amazed: Yo, Phantom Tollbooth is the shit!

78. Read Fifty Shades of Grey: Ha. I found a copy of this on the street and now it’s sitting under my bed waiting to be read I guess.

79. Do something incredibly interesting and refuse to monetize it: This one hurts for many, many reasons... ouch.

82. Run for office, lose: Yeah, I didn’t win senior class president in high school. You don’t have to be a jerk about it.

83.Spend some time in Detroit, where you can do most of the things on this list with impunity: #83 is “kick a dog when its down, for kicks” (wordplay)

84. I Don’t Have a Life List: Zing! This article is now irrelevant. Next.