A history of his (mostly unreleased) work. 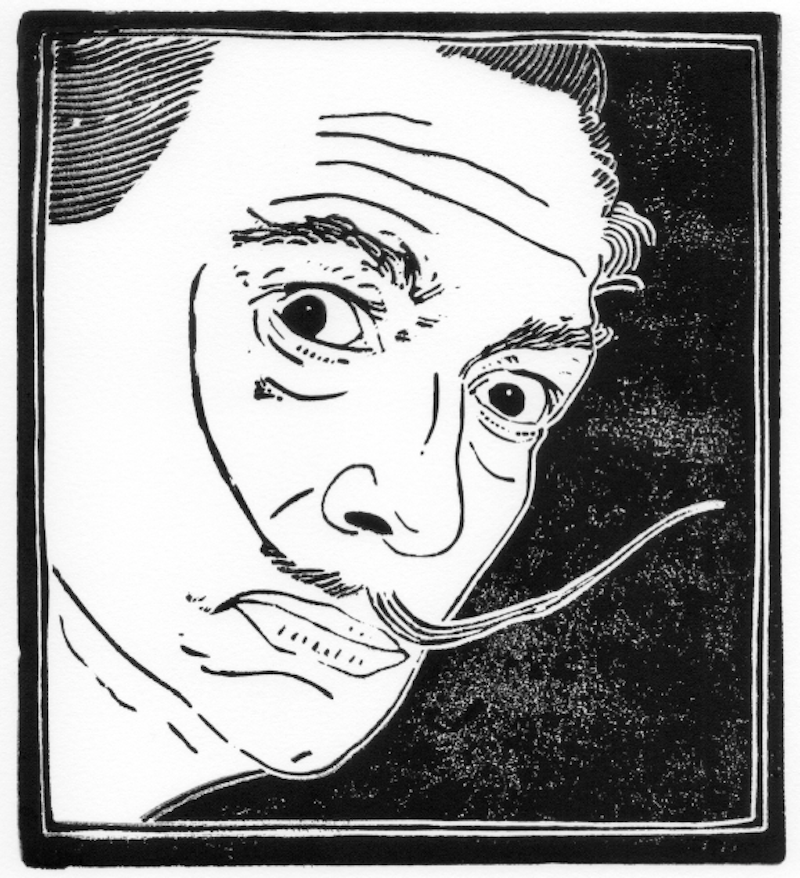 Salvador Dali came to fame as an avant-garde, surrealist Spanish painter, but few realize he was also an active filmmaker who worked with some of the biggest names in Hollywood. Dali was a surrealist concerned with depicting imagery found in dreams. He introduced the world to his fascination with melting clocks in his painting "The Persistence of Memory." Though the image suggests Einstein's theory of relativity, Dali claimed the clocks were inspired by the sight of "Camembert cheese melting in the sun."

When Dali was 17, he attended an art academy in Madrid where he befriended the surrealist artist Luis Bunuel. In 1929, Dali & Bunuel made the film Un Chien Andalou. This was his first film; Dali wrote the screenplay while Bunuel directed.

Un Chien Andalou incorporates images seen in Dali's paintings: a disembodied hand, an infestation of ants, a decomposing donkey and eyeballs morphing into clouds. The film utilizes dissolves between shots as an effort to undermine traditional editing techniques of the time. Un Chien Andalou placed Dali in the heart of the surrealist movement and established movies as a vehicle for the movement's goals.

In 1930, Dali and Bunuel collaborated on their second film L'Age D'Or. The film focuses on two lovers who are kept apart by the hypocritical value system of bourgeois society and the Catholic Church. It reflects the growing unease of Europe sparked by the rise of the political right. When the film screened in Paris, an anti-Jewish group rioted and destroyed paintings exhibiting with the film. After a 10-day run, the movie was banned in France for 40 years.

In 1935, Dali's next film idea was called The Surrealist Mysteries of New York. He imagined scenes of violence at famous Manhattan locations like 5th Ave., Radio City Music Hall and the Museum of Natural History. He claimed to be inspired by the gangster films Little Caesar and Public Enemy. Dali sketched out illustrations for the film that appeared in the magazine The American Weekly. The movie was never made.

Dali was a huge fan of the Marx Brothers. To Dali, the Marx Brothers’ "concrete irrationality" and "comic mayhem" was in perfect sync with the tenets of surrealism and Dada. He particularly praised Harpo for his "persuasive and triumphant madness." In 1936, Dali met Harpo in Paris and became immediate friends. Dali began working on a Marx Brothers film project called Giraffes On Horseback Salad. The story involved a Spanish aristocrat exiled in America who falls for a mysterious surrealist woman. The woman befriends the Marx Brothers and brings them into her world of fantasy and dreams. Dali's storyboards were filled with surrealist imagery: melting watches, a lobster telephone, disembodied cyclists. He wrote the starring role for Harpo but Groucho objected and the film was never made. In parting, Dali gave Harpo a harp strung with barbed wire. Harpo sent Dali a photo of himself playing harp with bandaged fingers.

In 1940, Twentieth Century-Fox hired Dali to design a three-minute nightmare sequence for the Fritz Lang film Moontide. Dali's job was to visually describe lead actor Jean Gabin's hallucinatory descent into an alcoholic nightmare. Dali's drawings included a behemoth sewing machine and a brothel slaughterhouse. Just before production, Pearl Harbor was attacked and Fox abandoned the project as too pessimistic. A tamer version of the movie was made in 1942 without Dali and Lang.

In 1944, Alfred Hitchcock was making plans for his new movie Spellbound. Ingrid Bergman plays a therapist who treats Gregory Peck, an amnesia patient accused of murder struggling to recover his memory. Freudian psychoanalysis was in vogue at the time and Hitchcock approached Dali to design a key dream sequence. Hitchcock felt Dali's crisp artistic precision represented a better experience of a dream state than the typical blurred imagery conventions. "I was after the vividness of dreams," Hitchcock said. "Dali's work is solid and sharp with long perspectives and black shadows."

Dali produced over 20 minutes of footage that was cut down to three minutes in the final film. The resulting sequence contains familiar Dali imagery: floating eyes, playing cards, a faceless man, table legs resembling women's legs and a man falling off a building.

Several signature Dali ideas didn’t make it into the final film. Dali proposed to attach images of eyes on the backs of cockroaches, and also wanted to include a scene of ants crawling over Ingrid Bergman. Hitchcock had to explain that you couldn’t have live bugs crawling atop the world's most famous film actress.

In 1946, Dali began collaboration with Walt Disney. The idea was for an animated short feature follow-up to Fantasia. Disney was interested in avant-garde, experimental animation and Dali was the perfect partner. Production with Disney began in 1945; Dali created a large number of sketches and designs. Seventeen seconds of animation was completed but the film was put aside in 1946 when Disney ran into financial problems. Remarkably, Roy Disney (Walt's nephew) unearthed the dormant project in 1999 and brought it back to life. Using Dali's original storyboards, the film called Destino was finally completed in 2003. True to Dali's artistic life, images included melting clocks, marching ants and floating eyeballs.