How the "butterface" concept embodies the American Dream. 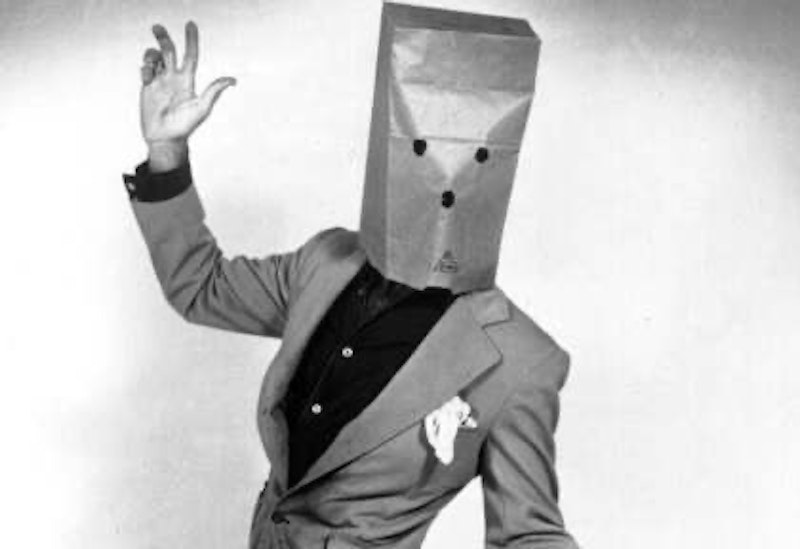 Few things are as annoying as people who say the phrase “Communism is a great idea in theory! It just doesn’t work because humans are imperfect! Woo equality!” These people are implying that honest-to-God equality is the pinnacle of human existence—to be achieved only when Man has overcome His mere mortal-ness.

Fuck equality. A clarification, though: this doesn’t mean that we should leave the whole world out to dry or we shouldn’t protect our citizens or anything like that. It doesn’t even mean that we shouldn’t have socialized medicine—a conversation we’ll avoid here. All it means is at its root, equality is the opposite of freedom, and freedom is the essence of democracy.

Equality and freedom find themselves at loggerheads with each other because equality—in its socialist denotation—means keeping the top and the bottom close together, even if by force. You have to put a low ceiling on society and bring the cellar up as high as it can go. Those are called limitations, and that ain’t freedom’s style.

Some time during its founding, America decided freedom would be more valuable than equality. As a product of America, I of course love this. It’s possible that growing up in some place like, say, the USSR during the 1950s, would have produced a different mindset, but that didn’t happen. I grew up here.

Loving freedom, however, doesn’t necessarily mean being okay with the state of many American cities or ignoring the fact that a lot of people start their lives in this country with the odds stacked against them. Equality should only rear its head at one point in everyone’s life: when they’re born. Equal footing is a must with real freedom, and unfortunately, sometimes America sucks at giving people equal footing. But if that equal footing ever comes about, then you are on your own.

Despite our shortcomings, we do promote the idea of a meritocracy. A slightly awkward part of this belief is coming to terms with the downsides of a less regulated society. We are simply more comfortable with higher highs and lower lows. The beauty of America lies in its originality, its ability to attract the best, and its willingness to let anyone, whoever they may be, prosper if they are talented enough. Sometimes, though, this means dealing with the reverse side.

For instance, we have some of the fattest people on earth. I’m no pillar of health myself, but getting off a plane after being abroad for five weeks, I mean, damn, people. I’ll probably be fat one day as punishment for writing for this paragraph, but I will never let myself be so fat that I can’t walk anymore or take up two seats at a baseball game. Obesity is one of the biggest foreign conceptions about Americans, and it’s mainly true.

But here’s why I’m okay with this to a degree: we also have the fittest people on earth. You don’t see fat people like us around other countries, but you also don’t really see as many in-shape people, either. We care so much about healthy body image that when we don’t have it, we eat away the pain and when we have a speck of it, we turn our bodies into temples.

Talking to a few people abroad, they said one telltale sign of Americans—besides the baggy jeans and all that—was whether or not they look like athletes. Other people don’t work out until they’re 28 and start getting fat. In a college town gym, you have to wait on line for 20 minutes to use a machine during the weeks leading up to spring break.

All this leads me to one slightly uncomfortable conclusion. It’s not politically correct, so apologies if you find yourself offended and/or weeping, but it’s true: Butterfaces are the purest realization of the American dream.

For those of you unfamiliar with the concept of a “butterface,” it is the term applied to a female with a beautiful body and a face that, well, leaves something to be desired. It stems from the notion that everything is awesome “but her face.” Hence, butterface. It should be noted that while the term itself is applied to females, the concept is without gender. So if you’re offended as a female or for females, please don’t be, you’re allowed to simply be offended for humankind.

To all butterfaces out there, be proud. You have taken what God gave you and have done the most you could with it. That’s more than most people could say. The ceiling you face is a ceiling built not by the hands of Man, but by the glorious and vengeful hands of God.

Being born beautiful is easy, and no matter how uncomfortable it makes some people, beautiful people have it a little easier. In a screwy way, it’s survival of the fittest, evolution at its most coldhearted. But America is all about rising up, getting beyond what you started with and transcending the barriers above you. Being a butterface often provides the same accoutrements as being beautiful, you just have to work a little harder.

That, my friends, is okay. It isn’t about cheating to get to the top. This country may be fascinated with plastic surgery but there is still a taboo that will probably never be overcome. We’re much more comfortable with surgery than most people, but we crave authenticity because we’re always accused of not having it. I know plenty of people who would rather have a less attractive mate than a bionic one with thousands of dollars worth of surgery.

Making the most out of who we are keeps America out front. Butterfaces know how good their bodies are and show it off to the max. We Americans have no pretensions or qualms about what we’re good at. I would never try to build a rocket ship because I am a borderline failure at advanced math. Likewise, most rocket scientists would probably fail even more than I do at writing this column. It’s called specialization, man, just like Henry Ford invented. So keep doing your thing, butterfaces, it’s America and it’s beautiful—even if your face isn’t.