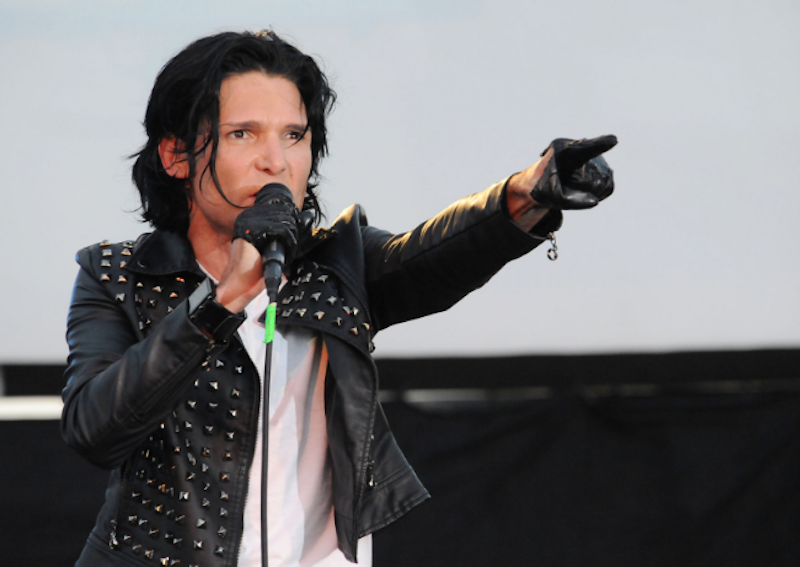 If you happened to be a pre-teen when The Goonies, Stand By Me, and/or The Lost Boys were released, then the culture’s continuing, low-level interest in Corey Feldman makes sense; otherwise, bafflement may run rampant. Feldman has spent the last few decades haunting the D-list celebrity realm, shamelessly embarrassing himself and squandering any good will he managed to scrape together before he was old enough to vote. For some reason, The Today Show invited him on last week to perform “Go 4 It,” the lead single from a forthcoming double-CD that no one will buy.

The performance was nothing if not committed, at least for Feldman’s part, with costuming, stagecraft, and dancing that endeavored to jury-rig together some of the iffiest, most dated 1990s iconographic bits: Michael Jackson’s rubber-banding, Smashing Pumpkins’ costuming, The Crow generally. As for the song itself, “Go 4 It” is very firmly grounded in the 2001-2004 epoch, crushing elements of the era’s rap rock, synth rock, mook rock, and urban-flavored pop together with Ambien, and then indifferently snorting the whole through a rolled-up issue of Blender. One can imagine a savvy prankster swapping out one of the core centerpiece numbers in Palindromes or Napoleon Dynamite with “Go 4 It”—there’s just something that fits about the pandering uplift, the saccharine, talent show boosterism, the toothless guest raps. The vice principal would beam approvingly during; your classmates would beat you senseless afterwards.

“Go 4 It” is nobody’s idea of a hot property, but it’s large-hearted willingness to fail on its own outmoded terms is charming and sets it apart from modern pop’s robotized/lobotomized status quo, where everything is produced and packaged in a drab, antiseptic factory. Feldman’s single seems to have been produced and packaged on the set of Kids Incorporated, which means that Feldman and his team a) own an operational DeLorean and b) are intrinsically more interesting than anyone involved in this year’s MTV Video Music Awards.