Brad Pitt Gets High a Lot

But maybe not too much. 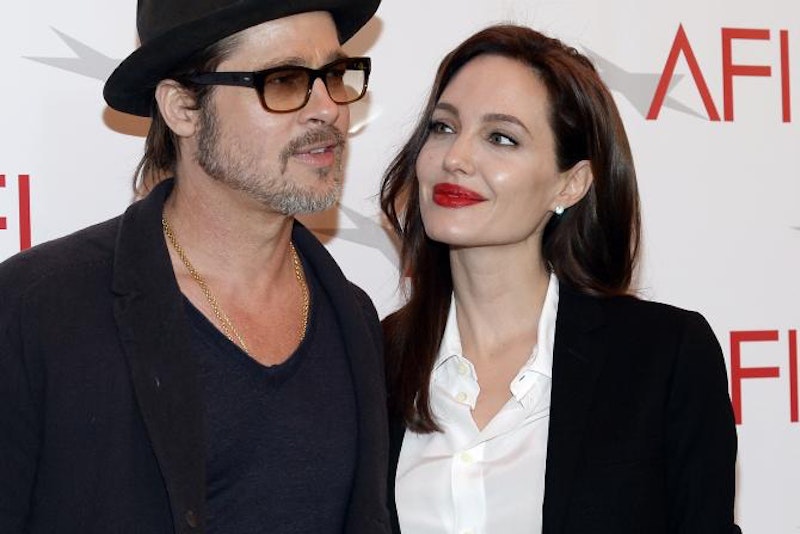 “Brad Pitt’s Battle With Marijuana: a History” runs the headline at Vulture. Almost half the items are merely pot-related: Brad Pitt played a stoner in a movie, rolled joints at a party attended by Bill Maher, and signed a celebrity letter about pot decriminalization. The other items indicate a man who’s gotten high many times, for better or worse. I think that’s different than a battle. In college, apparently, pot somehow made him drop out just before getting all his credits. In his mid-30s he moped about on the sofa and got high while doing so. And at other times he’s just smoked joints and drank drinks while hanging out with buddies.

Now his marriage is bust and Angelina is citing marijuana use—among other things, I hasten to say. Drink and anger are in there. But definitely marijuana. Possibly someone could document a battle by Pitt against pot (sorry). I mean a struggle: a series of resolutions that crumbled, of forced detours to his life path. He did say a couple of times that he was done (“pretty much,” he said on one occasion), and here he is, still smoking. On the other hand, any forced detours would be hard to find. Pitt’s life has been a Silver Bullet express ascending through slender mountains. He’s exceptionally good at his work, or at least its more technical side, and he has a quarter of a billion dollars (one hears) and scores of millions of admirers.

He’s always been a human of superior functioning, a high-performance instrument (“You rolled these perfect joints,” Maher says). He’s also demonstrated a knack for picking a path in life and following through. What was so bad about leaving college? He had a career going fast enough. If he bummed himself out in his mid-30s, he didn’t pay any lasting price. Maybe he had some thinking to do. If a drug’s a problem, it ought to be associated with problems. And Pitt’s life doesn’t have enough problems to keep the argument furnished. The split-up is the first to qualify.

I’d say that, instead of a drug problem, Pitt has a drug tactic. When he wants out of a situation, he ups his intake of pot. Not a good habit, I suppose, but he’s shown sense about which situations to leave and which simply to re-examine. On the whole, I’d guess his pot tactic has worked for him.

Now Pitt finds himself with six children, a powerhouse wife and a mission as a celebrity philanthropist. That’s a lot. He pushes his ejector button so he can re-examine the situation. But this time the end of life is involved—he’s over 50. Hence the anger problems mentioned by Jolie, I suppose. Those could make the difference. Jolie’s ruthless about slicing away dangerous matter, and an angry dad is dangerous.

But even if his marriage is shot, I don’t count Pitt as having a drug problem. He’ll be fine all over again, in some different way that suits him better than life inside a combination global charity and family. At any rate, don’t blame pot. Brad Pitt needs a life that fits him, and that’s that.