Baltimore's free daily paper, b, had as its front page headline yeasterday, "Douchebage! 56 Ways to Tell If You Are One." "Douchebag" was in massive type, and of course there's been substantial outcry. Though the headline is indeed about as intelligent as an NYT trend story, the story itself is even dumber. I'll let Romenesko commenter Dan Mitchell take it from here (after the jump). 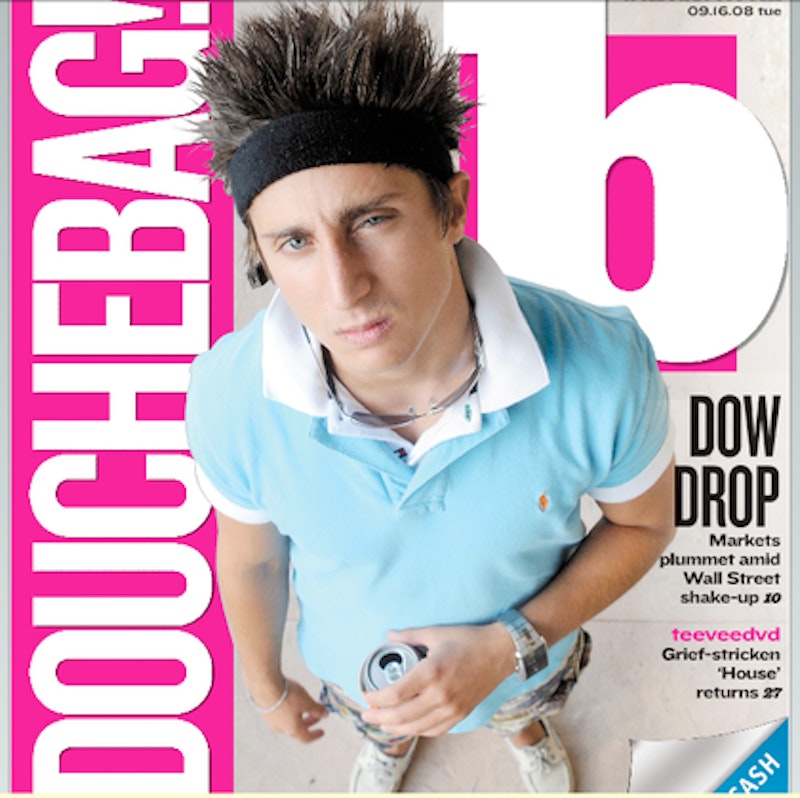 Most of these corporate, youth-aimed tabloids -- so contrived, so focus-grouped, so obviously conceived and produced as lowbrow entertainment products badly disguised as journalism -- remind me of nothing so much as the clueless, middle-aged uncle trying so hard to seem cool, and embarrassing himself in the process.

Trying to be Gawker, which Ms. Tallent explicitly stated is her aim, is just like that goofy uncle pretending he's 22 years old. Newspapers need to change, but they don't need to change into Gawker. There already is a Gawker. Newspapers have a different mission, and more importantly, Gawker actually means it, and the writers there are actually good at what they do. There is no consultant or focus-group report telling them what the kids are interested in. They just know.