Christopher Hitchens Will Not Be Disrespected

Not even by certain other Splice writers. 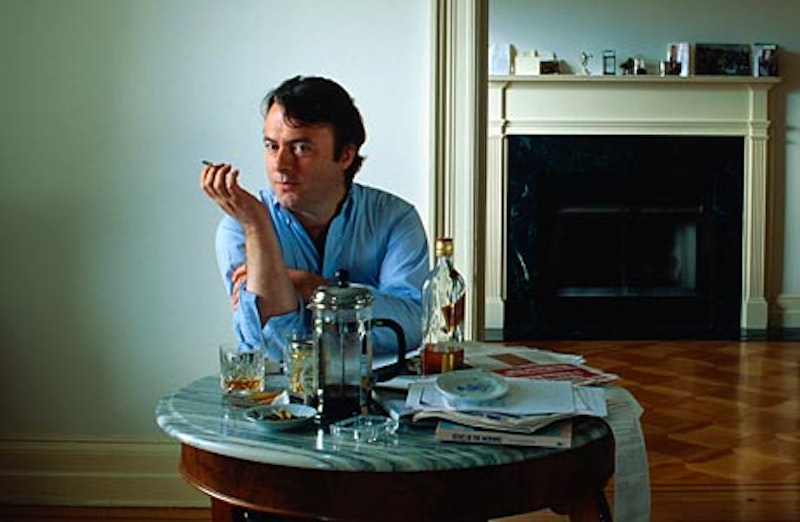 The reports in the past week of Christopher Hitchens’ death were, defying normal standards of grace, were mixed. Apparently, a lot of people were waiting for this moment; the time when they could pretend their balls finally dropped enough to talk smack about a man who did more for reason and rationale than all of them put together. Most of the people trashing Hitchens feel safe since Hitchens cannot come back from the grave to Hitchslap them into the gutters from which they crawled.

Many, including C.T. May on this website, are charging that Hitchens was a Snowball for the Bush Administration’s ill-conceived Iraq invasion because he wanted to see a fascist dictator ousted. The idiocy is that they imply that the words of an atheist so moved people into supporting the war, or gave Bush justification, that many people forgot that Colin Powell, Bush and Dick Cheney justified the war by claiming that Saddam Hussein was in possession of WMD’s. It’s like the critics want to rewrite history. Next thing you know, they’ll all agree Keyboard Cat died a patriot. A lot of us supported the war on principle (WMDs), wanted to see Saddam ousted, and had the decency to admit we were wrong. That is the benefit of revision: to be able to change one’s stance as new information surfaces. Hitchens, a supporter of the war, didn’t change his view, and made no apologies for it. That’s called debate.

There are those who’d call Hitchens a bully because he used his brains instead of physical force or intimidation. Because he argued so strongly? Because he used logic and reason to convince a room of people that Christianity is not a force for good in the world? Because he made people aware of questionable actions of large organizations and individuals? It’s likely some waited for the news of Hitchens’ passing so that they could poke at Hitchens’ corpse. Hey, they’re anti-Hitchens hipsters.

So let’s try and blame the Iraq war on a man who supported it for no religious reasons, instead of George Bush, who thought it’d make his father proud to know that snipers were “shooting up them Johnny Jihads while reading a bible verse.” It’s way too soon to pigeonhole Hitchens as the newest fall guy for yet another Vietnam, because the memory of events is still fresh enough in the minds of people to provide some cognitive dissonance. Whatever the case, haters gonna hate.