Erasing gender stereotypes benefits all of us, men and women. 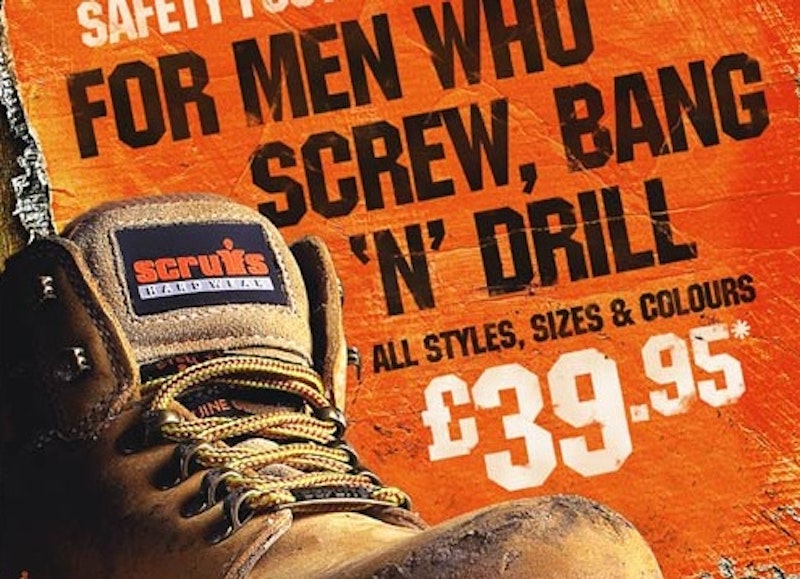 The mainstream media plays a major role in reinforcing and policing gender roles. Who could forget last year's Snickers commercial, in which Mr. T, riding a tank, calls a man a "disgrace to the man race" and pelts him with rocket-propelled Snickers bars as punishment for speed walking? "You're gonna run like a real man!" he yells at the shorts-and-singlet clad man, who, of course, runs for his life. The slogan for the campaign? "Snickers: Get Some Nuts."

And of course, behind the comical threat of being pelted with candy bars lies the more serious danger of real violence. From gay-bashing to rape, the act of reinforcing "real" manhood in our society is often a violent one. As for interactions with women, the idea that a "real" man is able to, and perhaps entitled to, land any woman he wants is reinforced by alpha-males from James Bond to Don Draper. When our society tells men that a woman never says "no" to a "real" man, is it any wonder that our rates of sexual violence are so high? Is it possible that faced with such a narrow definition of masculinity, some men rape to prove their manhood?

Narrow ideas about gender are constrictive and potentially dangerous, but they're also just plain insulting. Feminist comedienne Sarah Haskins of Current TV's Infomania made a good point when she observed that many commercials aimed at women depict men, and particularly husbands, as bumbling, incompetent fools. They're bad parents, they're useless around the house-in general, having a husband is almost like having an extra child to look after. While these commercials no doubt speak to some women's frustrations, they're also rather insulting to men. When we reinforce the archetype of the incompetent or otherwise uninvolved father, we give men too little credit, and create the expectation that a "real" man knows nothing about how to change a diaper or braid his daughter's hair. The result is that fathers are less involved in their children's lives than they'd like to be and that the burden of raising children and holding the household together is borne, for the most part, by mothers.

While men enjoy many privileges women don't (take the United States' 25 percent wage gap, for example), in many senses, men and women suffer under the same system of narrow gender roles. Ideas about what makes a "real" man affect them just as much as ideas about what makes a "real" woman hinder us. Luckily, the two problems can be solved with the same solution: feminism.

It's easy to buy the mainstream view of feminists as man-hating, sexless harpies, but the truth is that feminism is about liberating women from rigid gender roles that keep us from living full and authentic lives. And as we liberate women, we're busting the men out, too, and redefining what it means to be a "real" man. Anthropologist Margaret Mead said it best when she theorized that, "every time we liberate a woman, we liberate a man."

You don't have to be a woman to be a feminist. There are plenty of men out there who identify as feminists, because they believe that a woman should be paid the same as her male counterparts, and that a man should be able to cry without being called a wimp. If you believe those things, or if you believe that men should be able to power walk and that fathers deserve better than to be reduced to insulting stereotypes, then I've got news for you: I think you might be a feminist, man.