Are Stars Made or Are They Born? 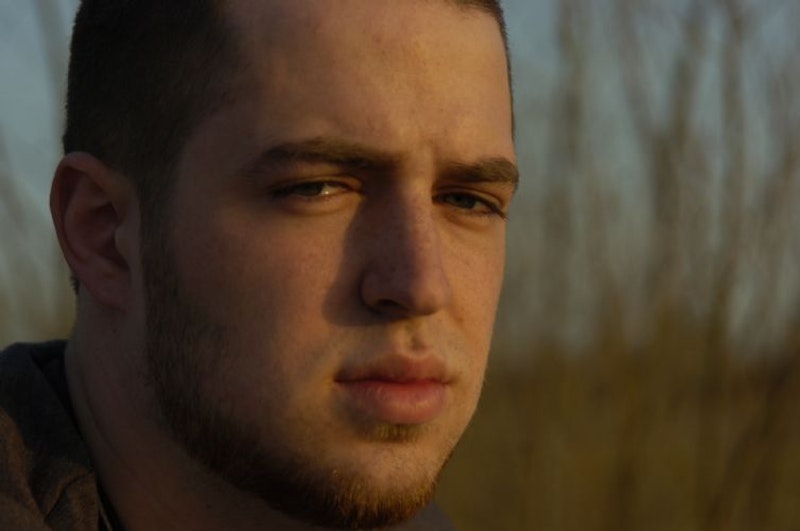 All right, America. It’s down to the last two bitches on American Idol: Crystal “Look At Me I’m A White Chick With Dreadlocks” Bowersox and Lee “I’m White And Boring” Dewyze. No surprise there! It’s not like that 16-year-old twink or the kooky hipster girl would make it to the semi-finale. We’ve waited and watched, and now here it is: the only two people who’ve been in the competition all along are in the finals. Wow.Lee’s gonna win: wait and see.

But, um, so what? Does anybody care? I mean, do you? What I don’t get about the folks who make it all the way to Idol is that nobody ever has any star power. None of the contestants grab me by the eyes and keep me glued to them and their performance. And actually, once they start singing 10 seconds in I’m already bored, and back in the kitchen making dinner. The only drama Idol contestants ever have is when they use that fucking godawful smoke machine and come down that fucking godawful staircase.

Star power is the ability to make everybody wonder what you will possibly do, wear or say next. And then, you get them to copy you. That’s how you know you’ve really got ‘em. You keep everybody interested by getting them so excited that they’re dying to hear what your next song will sound like, remake a video you made on YouTube, or see what role you will play in your next film. But celebrity on American Idol amounts to nothing more than a giant amateur talent contest. If you take every Idol winner except Carrie Underwood and Kelly Clarkson as an example, we are turning nobodies into somebodies who risk disappearing into relative obscurity.

Throughout this whole season on Idol, I can’t tell you how badly I’ve wanted somebody, a-n-y-b-o-d-y, to really work the stage, shake their weaves around, dance, get all up in the song’s face, and really use the stage as part of their performance. Adam Lambert did some of that, I guess, but most of the time his voice got on my damn nerves. If you watch old videos of Leona Lewis on X Factor, you can see her star power. Not only is she captivatingly beautiful, but also her voice is amazing and she comes out on stage with a ferociousness that’s rare to find in an amateur.

I know that Lee Dewyze is a great singer—a fabulous singer perhaps!—but he is no star. I wouldn’t buy his album (I haven’t bought any Idol albums since Kelly Clarkson), and I certainly wouldn’t go see his ass in concert. The thing about Lee is that he is completely forgettable. You hear his music and it sounds great, but you can barely remember whom you’re listening to.

What you don’t grasp about pop cultural celebrity, America, is that you need to have a look to be a superstar. In a way, it’s part of the branding of the star; a celebrity is a product just like a bottle of Canada Dry Ginger Ale. Think of any fabulous star from any era and they probably had a look about them. Jennifer Aniston has that hair. Edie Sedgwick had the huge earrings, eyelashes and fur coats in the summer. Gloria Swanson was a diamond ring. And why else do you think Lady Gaga rolls around with facemasks, teacups, pee hair and bubble dresses? No other pop star out there would wear a bubble dress, and Gaga is so attached to stuff like that that we already expect her to wear something that won’t allow her to fit through the door.

Stars are supposed to dazzle us with their impressive feats, clothes, talents and personalities. They’re supposed to be better than everybody else. They dress better, drive faster cars, have more money, go to hotter parties and know everybody. We are supposed to see them and aspire to their level of greatness.

But reality television killed the star. Now, anybody who can get on a Real Trannies of Hoboken can be a pop star. This is the pinnacle of the quest for the American Dream: our celebrities are starting to look less like heroes and more like the doofus next door. We don’t want our stars super—we want them average and forgettable!

With reality celebrity, the fame process is totally demystified. Before, you got “discovered” like an alien from a planet with a stupid name. Professional hottie Ashton Kutcher was apparently “discovered” at a shopping mall. But nowadays, instead of stars being made, we get to vote on them, which means that any fuck-up can be a celebrity. This is so lame. I don’t want my celebrities to be the hot mess with the orange spray tan!