The troubles keep piling up for the five-time Grammy Award winner. 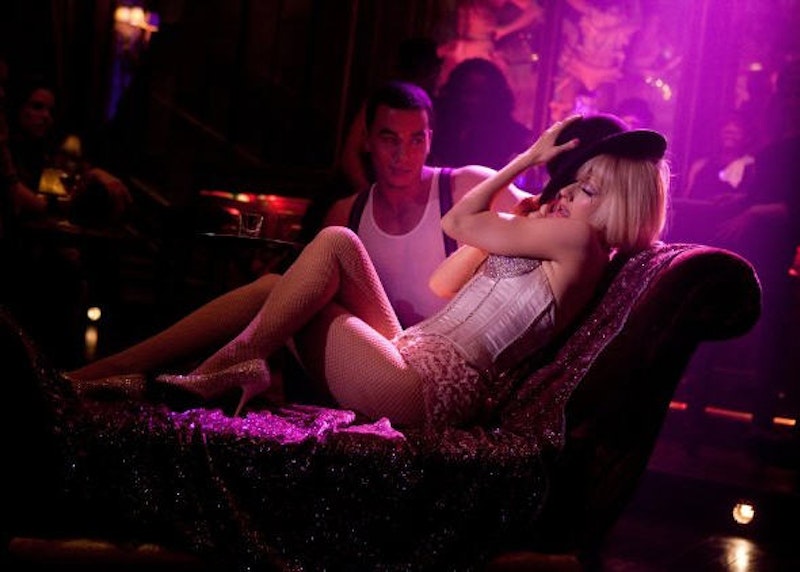 Events come in threes, so the old wives’ tale goes (and just who were those old wives, anyway?), but Christina Aguilera seems to be working overtime to lay that one to rest for good.

June 8, 2010: Bionic, her long-delayed and eagerly-awaited (well, in some quarters) fourth English-language album, arrives with a garish cover and no discernibly memorable songs. “It’s as if the mighty Xtina has been reanimated as a slightly confused cyborg with levers and LEDs where the leather chaps used to be,” remarks NME—and that’s one of the better reviews.

October 12, 2010: The Aguilera camp confirms longtime rumors that the singer and husband Jordan Bratman have been separated “for a few months,” followed two days later by an official filing for divorce. Within days, rumors appear on RadarOnline that she’s trolling for female dates at clubs, though the lesbian angle—much like Bionic—ultimately doesn’t go anywhere.

February 6, 2011: Even in the face of these recent flops, Aguilera is invited to sing the national anthem at the Super Bowl. Most pre-game betting centers around whether she’ll drag it out past the two-minute mark; no sane person wagers that she’ll manage to refer to “the twilight’s last reaming” during her performance.

February 11, 2011: After Us Weekly admits to making up quotes from Sarah Palin condemning Aguilera’s performance, it runs an apology and an apparently real Palin quote that reads: “I was telling my kids right after her national anthem issue blew up that people needed to lay off her mistake. And then to read to that [sic] I condemned her?”

February 13, 2011: In her first public performance since reaming the twilight, Aguilera manages to get through a multi-act salute to Aretha Franklin at last night’s Grammys with a minimum of lyrical errors. Then she almost falls off the stage at the number’s end.

That’s a pretty amazing run for anybody. While it’s not up there with the exponentially expanding Lindsay Lohan legend, Aguilera’s current woes have her wandering dangerously close to the Britney ’07 model. All she needs is a bald head and an umbrella.

A lot of Aguilera’s troubles can be traced to the seeming identity crisis that she’s always had. Is she the “Dirrty” girl of the Stripped era, coming on strong like Madonna’s younger, sluttier sister, or is she the buttoned-down balladeer behind “Beautiful”? The singer who tastefully deploys her impressively elastic voice to a given song’s benefit, or the caterwauling she-demon who’ll employ seven syllables where one would suffice? The mother (she gave birth in 2008) or the whore? (She was reportedly hitting the clubs, legless, mere hours after the divorce announcement—and subsequent rumors that her recent weight gain are signs that she’s pregnant again, by the evocatively-named Burlesque production assistant Matt Rutler, have been hard to tamp down.)

Up until recently, Aguilera successfully avoided the pitfalls of the Lohans and Britneys of the world until a new face hit the pop scene: Lady Gaga. Though only six years younger than Aguilera, Gaga has effortlessly usurped her spot as pop provocateur; a lot of speculation over Bionic’s delays had it that Xtina’s team was feverishly trying to upstage LaGa before it was too late. That Gaga’s arrival at the Grammys last night in an oversized egg is trumping even Aguilera’s near-fall speaks for itself.

Is time up for Xtina at the ripe old age of 30? Probably not yet. A quick stint in rehab, a teary interview with Barbara Walters, and/or an album with some actually decent tunes would doubtless work wonders.