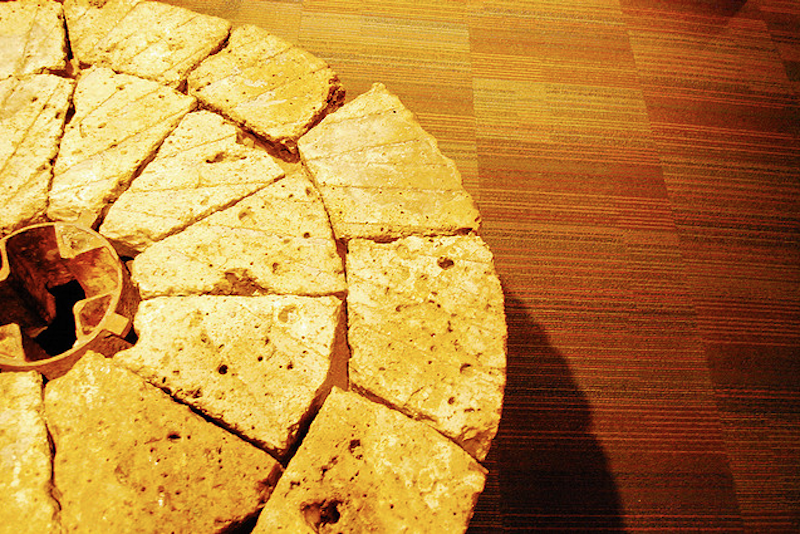 Jessica Jackson Hutchins: Wires are like drawings in space.

Hutchins: I got a subscription to the New York Times for that purpose, which also felt like a good thing to do when so many newspapers were folding.

Alys: It’s true, and this particularly relevant today when images can be so easily manipulated, and the nature of documents is suspicious to start with.

Hutchins: Inevitability is what it sounds like again to me.

Alys: Failed, or left unresolved, or still waiting to come to a conclusion.

Hutchins: People sometimes talk about my work as about failure, but I always feel that it’s more about victory. More vivid because of the looming threat of collapse.

Alys: This question of the rumor is also important because.

Hutchins: Because it is both current and historical in an undeniable way and that’s what the Biennial wants to be.

Alys: The language of advertisement.

Hutchins: I don’t mind a lie.

Alys: It can last anywhere between five weeks and ten days.

Hutchins: Like when it matters if the artist actually carried out the claim that the work makes.

Alys: The minimum form has probably been postcards, a very simple device with just an image and a caption below.

Hutchins: Yeah, I love writing that does something with time that’s anti-narrative and thing-like.

Alys: It could be reduced to not much or it could be exploded into a constellation of potential situations.

Hutchins: Transformation, evidence of work, accidents, the time contained in the humanity of the objects—all that stuff is crucial to get at what I’m trying to get at, which is ways of connecting to the world, ways of knowing ourselves through the things we encounter.

Alys: Going inside tornados is also quite addictive, so it’s hard to stop and say, "That’s enough, it’s not going to get any better.”