A Yocky Way of Knowledge

The teachings of old cartoons. 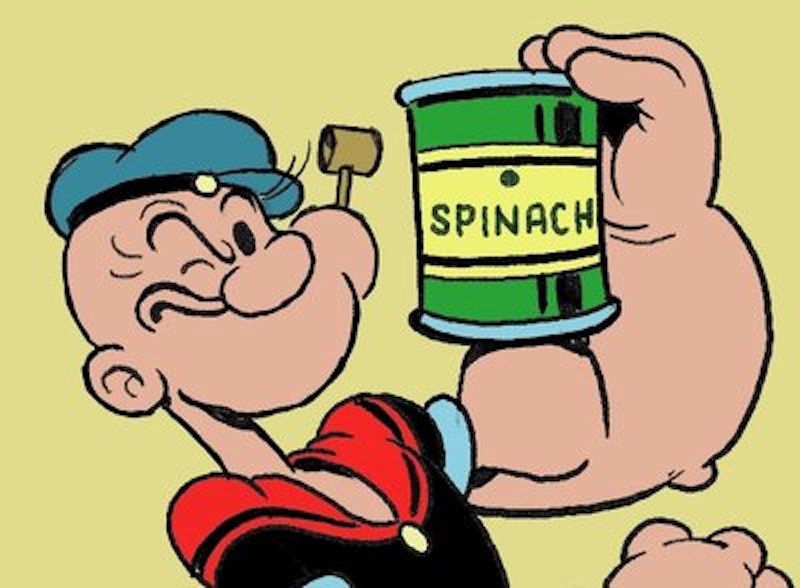 If I had a one-floor elevator ride to explain what I saw in old time animated cartoons, that’s your takeaway and I’m sticking to it. The 1950s TV drip-drip-drip replay of old cartoons programmed me at the very deepest Cartesian level.

I watched cartoons, therefore I was.

When anarchist mice placed spherical fused bombs beneath fat black cats, I was at once the mouse, the cat and the bomb. I exploded to smithereens. My head went north, my tail went south and I jitterbugged for joy. More than see those scenes, those chases, those magical dismemberments and amusing reattachments, I felt them in the moment.

And it wasn’t just a matter of contemplating comedic cause and effect, dramatized by means of fanciful physics. There was confirmation and amplification of experiential reality. Perhaps best example is the “I’m gonna get you” game. Post-peek-a-boo, you and your parents had a grand old time. Then you and your dog learned to play the game. And you recognized its celebration in the pervasive chasing that has underpinned cartoons from the beginning.

So this is the deal, I thought, sort of. Like most kids, I was well aware cartoons were not exactly real and not to be emulated at home, at least not with bicycles, cliffs, or variously blunt and sharp instruments. Nevertheless, while I was pretty sure common household objects didn’t come alive and dance and sing at midnight, I did give that possibility a lot of consideration. And if it wasn’t true I thought, it should be.

Sorry about that. As smart appliances beep, slither and scuttle around us, it most certainly will become true. What a bonehead, huh? At the time, I was not terribly careful about that for which I wished.

The amber of early cartoons by masters like Paul Terry and the Fleischer brothers encapsulated significant bits of American psyche in their goofy goo. Not created specifically for children, they inevitably animated some stereotypically repellent stuff. Long before I studied sanitized history in a classroom, my eyes were widened by spooky images of KKK hoods and various ethnic and racial caricatures. Strangely enough, these cruel funnies never seemed to have anything to do with me, with the exception of Paddy wagons and dopey cops, both slams I was too remotely Irish to feel. As for stereotypes, elementary school provided a corrective. A near majority of my classmates were black, and many of the rest were second or third generation Italian. So by dumb luck, portions of my cartoon programming, like hard drive data, while sadly not fully erasable, were overwritten by mitigating experience with real people.

Point is, very early, my 1950s kid head was profoundly plugged into older times. I knew of and more importantly, felt in my bones events and activities long dead as starting cars with a crank. What’s more, soon enough, screening the same cartoons day and night, I began to distinguish the 1920s, 30s and 40s from my own modern times. I leaned to recognize caricatures of Gable, Garbo and Groucho. I learned they partied at the Brown Derby and the Stork Club.

I got basic training about the Big One, WW-Two. Hitler. Il Duce. Tokyo Rose. We little kids soaked it up like Bounty paper towels. We Quicker-Picker-Uppers lampooned Nazi salutes. We threw dirt bombs for grenades and called them pineapples. And we knew Mae West was a blonde bombshell. We also came to understand the subtlety of post-war themed cartoons, those fantasy send-ups of streamlined living just around the corner. That tickled me, and I assume millions more Boomers basked in recognition. Hey, look at us, we’re Post-War!  Yet we were hip to Cab Calloway, zoot suits and wolves of Wall Street. We got the joke about tin-can eating goats and scrap drives. We aped outdated jokes about the new miracle metal, ALU-MIN-NUM-INUM-INUM-INUM. Our kid frame of reference stretched back to doughboy mice and Bosch cats and slapstick cartoons of the war to end all wars. That perspective included about 35 years. What’s the outer limit old days cut-off point these days? Spongebob? He began about 15 years ago. Ren and Stimpy? They arrived about 25 years ago.

Between the earlier silent cartoons, and later Popeyes and Betty Boops and Merry Melodies, supplemented by a megadose of marginally more realistic Our Gang comedies, Boomers’ TV curriculum surveyed the better part of the earlier 20th century, such that we experienced a 35-year childhood telescoped into 10. And we were grounded not only in a succession of fad dances, movie idols and pop music, but some hard-hearted history.

Moreover, who among my generation after eating spinach does not image a bicep? Who, before initiating some demanding physical task, has not heard Popeye’s anthemic jingle replay, if ever so faintly, on the iPod of his or her mind? Think about it.  Popeye cartoons were born in 1930, about 20 years before most Boomers. Are we not all Popeye the Sailor Man? Do we not all live in a garbage can? Much as I enjoy Ren, Stimpy and Spongebob, they’ll never touch that deep impact.

Those old cartoons are DNA among so many of us still. And while evolution continues apace, I wonder if the cartoon curriculum will ever be as core or as commonly pervasive as it was our day. Compared to now, there wasn’t really all that much syndicated content. So perhaps the driver was scarcity after all. No matter. We compulsively watched the same cartoons until we knew them by heart. We talked their cartoon talk, walked their silly walks and just like our mothers warned us, we kept on doing it until everything pretty much stayed that way.

Oh, they’re in there, all right. That’s where they’re going to stay too. Heckle & Jeckle, Farmer Gray, Foghorn Leghorn and dear Wimpy, autonomically sustaining us for better and worse, until that’s all folks.