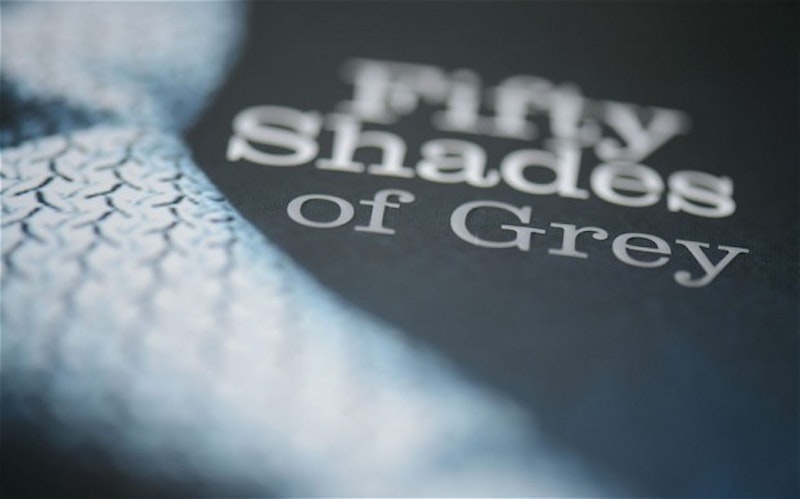 Like millions of middle-aged women, I loathed the 50 Shades of Grey books. I had to read them for an essay project—all three of them, totaling somewhere north of 1500 pages—and it was one of the more miserable literary experiences of my life. E.L. James' characters, with whom we are supposed to fall in love, are some of the most vacuous individuals ever to gawp at each other in terminally slack prose. And, to paraphrase the devastating review uttered by my wife's aunt from rural Kentucky, "It's not even that dirty."

Still, as awful as 50 Shades is, William Giraldi's smug and hectoring review of the series somehow manages to be just as bad—and for many of the same reasons. One of the most depressing aspects of the series is its naked (in every sense) status seeking; the extent to which the hero Christian Grey becomes an erotic object because he's got so much damn money. It’s a series in which, as Minou Arjomand says, "capitalism is like love." Giraldi doesn’t trot out his finances in order to impress and titillate, but his self-vaunting is no less crass. "… [W]hat the commercial coup of Fifty Shades reveals about us is this: We’re an infirm, ineffectual tribe still stuck in some sort of larval stage," he declares. That "we" is, of course, a winking disavowal; it's not "we," it's the dopes who read and like 50 Shades that Giraldi is talking about. It's them, the stinking, mostly female (yuck) hordes, who are infirm and ineffectual. "We." The writers for The New Republic and like-minded readers, aren't larval or ineffectual at all; we're adult and sophisticated and awesome. Christian Grey has his billions; William Giraldi has his contempt for women. If you're not actually rich, just spit on somebody, and you can feel like you are.

The status-seeking in 50 Shades is comical in its ignorance; clunky references to classical music flop about on the page, haplessly attempting to suggest that Christian and/or Ana got culture. Giraldi's determination to signal, "I'm a sophisticate! Look at me!" is just as transparent, and, in its seriousness, even more ridiculous. At the end of his piece he name drops Adam Bede, George Eliot's crappiest novel, and the sad little provocations of Nicholson Baker as signs that he reads Serious Literature, because of course you do, bro. He also lets fly with this, already much-mocked bon mot:

"Romance novels, like racists, tend to be the same wherever you turn."

Others have already explained to Giraldi that he doesn't know anything about romance novels—suffice it to say that judging all romance novels after reading E.L. James is like refusing to ever look at the internet just because William Giraldi is a moron. But it's really the second part there that's the most offensive and ignorant. Racists aren't the same wherever you go; racism looks a lot different in the Jim Crow South than in my own segregated city of Chicago, and despite To Kill a Mockingbird stereotypes of Southern crackers, racists themselves come in varied shapes, sizes, income levels creeds and ethnic backgrounds.  For that matter, I suspect that Giraldi, like me, has probably done, or said, or thought some racist things, because it's really hard to avoid doing that when you live in a society so permeated. Giraldi's offhand effort to turn all racists into one easily recognizable, easily dismissed thing seems of a piece with his generalized status anxiety—his conviction that those people over there (romance readers or racists) are debased and awful, and that one, Giraldi, is superior to them through the sheer power of being disgusted.

In a final apotheosis of self-congratulatory diagnosis, Giraldi writes, "Tell me the books you read and I’ll tell you who you are; tell me you read no books and I’ll tell you there is no you." 50 Shades ties worth to money and power; Giraldi ties it to what books you've read. But is that really a contrast? Reading the right things is tied to class, as is reading at all. For Giraldi, Nicholson Baker defines who he is; crappy literary fiction (as opposed to crappy pulp) makes him wise, thoughtful, important.

And as for people who do not read, or can't—like say, Sojourner Truth, or quite possibly Jesus Christ—they have no selves at all. Giraldi is human; those who haven't had his access to educational resources are not. Elitism slides flatulently into quasi-eugenic bilge ("We're an infirm, ineffectual tribe"), a fantasy of domination and sophistication every bit as banal as, and a good bit more repulsive than, that served up by E.L. James.