Sadly, the ideals of inclusivity and diversity are losing ground in the general public. 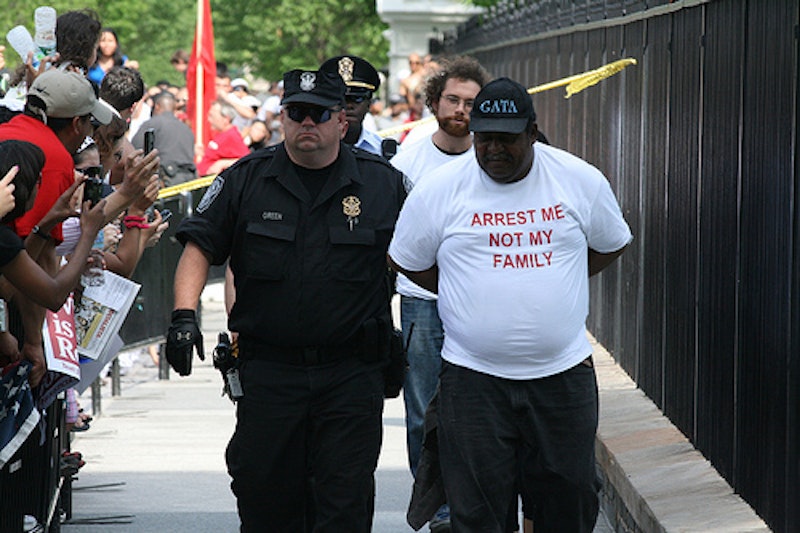 I live in Japan. I am also a very pale Caucasian with light brown hair and green eyes. No matter how long I live here, no matter how proficient my Japanese becomes, I will never be mistaken for a native. I simply do not look Japanese.

Until fairly recently, Japan isolated itself from the outside world and foreigners were not permitted to enter. Because of this history, the Japanese consider themselves to be, in comparison with other countries, more racially pure. Many are fond of calling themselves shimaguni, or island people, meaning that they have been kept apart and that Japanese blood is homogenous. It is something of a misconception, as Japan has native ethnic minorities, like the Ainu and Okinawans, as well as a migrant population that has been burgeoning for some time and mixing with native Japanese. However, there is a commonly accepted image of the Japanese phenotype. For those that don't fit the picture, such as nationalized immigrants or the hafu, or half-Japanese, population, it is difficult to be accepted as Japanese.

This reliance on looks is rigid and unfair; it takes the question of identity and places it squarely in the hands of others. No matter that a hafu was born and raised in Japan, holds Japanese citizenship, and feels himself to be Japanese, if he doesn't look the part, society will not recognize his choice of identity. He'll forever be answering the question "Where are you from?" and enduring compliments on his excellent Japanese. It also places full assimilation out of reach for the majority of immigrants. If how society treats you is based on how you look, no amount of language or citizenship classes are going to change that.

For Americans, the question of what it means to be American is much simpler. We tend to think that anyone who holds American citizenship is in fact an American. The issue is a bit murkier around the edges, when it comes to people who were brought to the country illegally as small children, for example, but for the most part, our idea of "American-ness" is broad enough to include a diverse range of races, ethnicities, religions, backgrounds and national origins. This broad mix of ethnicities means that there is no American phenotype. You simply cannot tell by looking whether someone is an American (though the national uniform of sneakers, jeans, and t-shirt can be a tip-off).

Even if we are not currently as forgiving when it comes to immigration and inclusivity, it has always made me proud to think that there is no such thing as a typical American. I count myself lucky to have gone to school in middle-class, suburban America and shared a classroom with people whose families hailed from places like Mexico, Scotland, Africa and even Japan. It never even occurred to me to think that these classmates were any less American because they didn't look like me, because that is just not the way Americans understand nationality and identity.

But that’s all changing. After all, what does Arizona's new immigration law and its spate of clones do, if not require law enforcement to decide what an American looks like? And the answer that they come up with is not likely to be anywhere close to the diverse reality of the American population. In fact, it is likely to alienate one of the largest segments of our population.

I blame the federal government, which has failed again and again to craft a policy on immigration that takes economic realities into account. As long as there are jobs that Americans are unwilling to take and unskilled migrants have no legal means to enter the country to get them, they'll continue to cross the border illegally. A policy that showed a little compassion by providing amnesty and a path to citizenship would go a long way towards improving our image in Latin America and abroad, as well. And it is the current policies on immigration and narcotics that encourage the drug dealers, violent criminals and human traffickers to keep coming as well.

If the popular support for these new immigration laws and the chilling and inexcusable violation of privacy that occurred in Utah this month are any indication, the ideals of inclusivity and diversity are losing ground in the general public. I want to feel that I come from a country that is friendly to immigration, where the key to legal and social acceptance is hard work and a desire to assimilate, not a trip to the plastic surgeon.