Presidential races are as easy to predict as the quintessential American popularity contest. 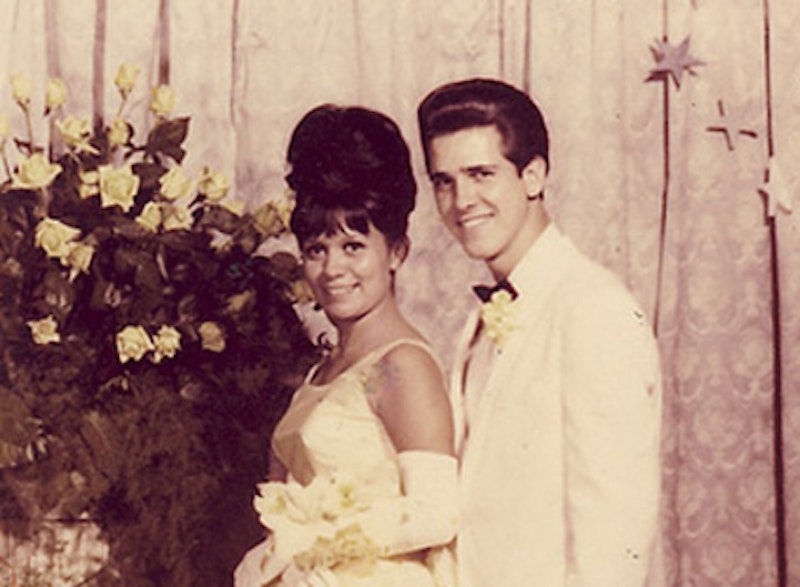 Our culture is obsessed with personality. We like our institutions, our teams, our cities, and our country represented by a single, all-encompassing individual. The entire United States is represented by the President. Your tiny town is repped by a mayor. Even the New York Yankees have their representative captain, Derek Jeter.

Frankly, personality is more important to Americans than actual prowess, as long as you’ve reached a certain plateau of ability. Jeter is a very good baseball player—if he wasn’t, he wouldn’t be so prominent—but he is not the best player on the Yankees. In fact, the best player is arguably the least popular, Alex Rodriguez. If you really want to say it’s because A-Rod hasn’t brought a championship, fine, but what about Mariano Rivera or other talented championship-winning Yankees? They didn’t become The Face. They didn’t get pulled for their own standing ovation in Yankee Stadium’s last game. Jeter—the lovable, attractive, single, clutch, fun, hardworking star—became The Face.

For the first 16 or 17 years of our American lives, we are hardly ever asked to make an important choice about how we feel about someone. We can’t vote, we’re most likely not managers at a business, and most decisions are made for us by parents, bosses, or teachers. You aren’t asked to choose between people and decide which one you’d prefer to succeed. The closest thing to it is student government, but in reality, people just don’t care about student government. They just hope the homecoming floats look good.

Then, for the first time, you are given a list, and you must choose one name off of that list. You must elect a Prom King and Queen. Homecomings come and go, diluted by the presence of underclassmen on the various courts, but prom is singular. There is one senior prom and there is one Prom Court and it is a serious deal.

On the surface, it’s such a fleeting, trivial thing, but it represents so much more. You are placed before a group of people, some of whom may have known you for years, and made to participate in a straight-up popularity contest, as pure as they come. How much do your classmates like you? That evil bastard on the football team never quite finishes first because he’s made too many enemies, but the lacrosse star who seems like a pretty nice guy, well, he usually runs away with it.

I wasn’t going to go to my senior prom. Not to make some statement or anything, but I’d just broken up with a girl and didn’t really feel like finding a date. Plus, I’d already been the previous two years and had an okay time at best. So I was just humming along, planning a quiet evening to just chill, when my mother of all people drops a bit of a bombshell on me. “David, sweetie, why didn’t you tell me you were nominated for Prom King? And why aren’t you going?”

Despite every instinct I have to ignore the popular sentiment and just be myself, the allure was too strong. I had to find out if I could win, and to find out I had to go. I wasn’t an athlete or anything; I did the plays, worked on the newspaper, played guitar, you know, all that other stuff. It seemed unlikely that I stood a chance against the most popular and athletic kids in class.

I finished second to the friendly lacrosse player. I was thrilled to even be on the Court. I hate how good I feel looking back on it. I hate how much time I’ve spent self-indulgently trying to figure out how the hell I got that far, analyzing which demographics of my class may have voted for me. Isn’t that sick? But I’ll never forget it.

Sometimes it’s fun to pretend that policies matter in presidential politics. To a degree, maybe they do, at least in terms of shaping a candidate’s identity. But every president winning election since 1960, the birth of the Television Era in politics, has one thing in common: they would have been chosen Prom King over their opponent. They would have passed The Prom Test. They were cooler, calmer, more charming, more attractive, or more authentic. It isn’t the Have a Beer with Him Test, like so many Democrats think, it’s The Prom Test.

Just look at the last elections: a slightly inept but confident class goofball will always beat an uptight, preachy nerd—sorry, Kerry and Gore. Bill Clinton is still the most charming president ever. If you were wondering how un-charismatic Michael Dukakis was, take a moment and realize that George Bush Sr. out-classed and out-cool-factored him. All that needs to be said about Reagan was that he was a badass. Jimmy Carter may not make sense at first, but remember that this was right after Watergate. Ford may have been on the football team, but he was on the football team that was disqualified for a massive cheating ring. Nixon was the sarcastic Class President who only needed to beat a certified hippie-nerd-weirdo and a tiresome bore. Johnson was a good ole boy, needing to beat an oddball nobody from the Arizona wilderness. And Kennedy, well, Kennedy nailed Marilyn Monroe.

So now we have the sixth-year senior versus the kid who skipped a grade. A cranky, rebellious old dude going up against a suave, sexy, young dude who acts a bit too smart but has a knack for awesome speaking engagements. I wonder who’s going to win.