With climate change, we have honest skepticism versus disinformation. 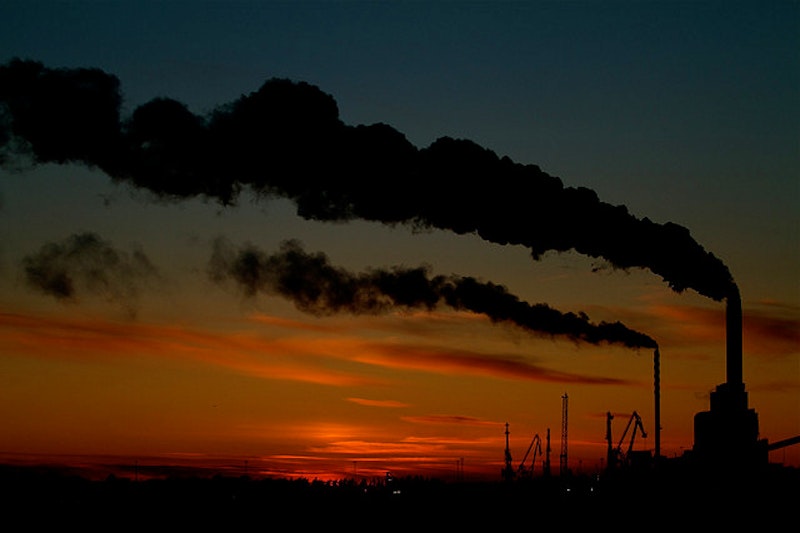 Legitimate climate change skepticism does exist. However, most “skepticism” is not honest inquiry but rather disinformation. As such, let’s look at three critical claims about climate change and pinpoint why the first one is valid and the latter two are deceitful.

To help understand how duplicity works in relation to the global warming debate, let’s examine the disinformation alongside Shakespeare’s Othello, as many of the psychological techniques Iago employs in the play are strikingly similar to those utilized by the media. One salient question sticks out: when we read Othello our initial reaction is how could this happen? Iago’s genius for deception enmeshes Othello in a web of wicked lies that lead to his undoing.

Identical patterns permeate global warming denial. The scientific consensus is unequivocal, but disinformation is rampant and effective. How could this be? Deniers use strategies that incorporate what can be referred to as “Iago logic” in their efforts to deceive. Much like Othello, their victims are not stupid, they are merely credulous, and climate change denial is cunningly designed to exploit this susceptibility.

Mark Maslin is a climate expert whose book, Global Warming: a Very Short Introduction, presents the realities of global warming, and it includes sections in which he discusses skepticism. In some cases he dismisses common critical claims, but in others he acknowledges their legitimacy. For instance, here is his take on how conflicting satellite data cast doubt on the accuracy of climate change models:

This is because climatic cycles or events will have a major influence on the record and will not be averaged out: for example, the sunspot cycle is 11 years, El Nino-Southern Oscillation is three-seven years, and the North Atlantic Oscillation is 10 years. So which of these cycles is picked up by the 20-year satellite data will strongly influence the direction of the temperature trend (Maslin, 57).

Maslin does not intend to invalidate the climate change theory. Rather, he is merely saying satellite data, which is one of many components of the theory, is sometimes not reliable. To start, does common sense suggest his point is reasonable? His remark about the “need to adjust the altitude of the satellite as its orbit shrinks as a result of friction with the atmosphere” seems logical: of course friction pervades the atmosphere and can cause complications. In addition, is “20 years” too little time to evaluate a significant temperature trend? Since the overall climate change theory relies on, at the very least, roughly 150 years’ worth of systematically recorded CO2 levels and temperature patterns (Maslin, 50) and, more important, on proxy evidence such as ice core data which dates back to 650,000 years, it is fair to assert that a mere 20 years’ worth of satellite data offers insufficient information with which to draw any significant conclusions.

Next, notice how Maslin cogently articulates his argument with specifics: “the sunspot cycle is 11 years, El Nino-Southern Oscillation is 3-7 years,” etc. Let’s fact-check at least one of these numerical figures with the understanding that if we discover via an alternative, reliable source that the number in question is incorrect, than Maslin’s whole argument could collapse. In taking his assertion that sunspot cycles last for 11 years to task, one can look to Science for confirmation that the 11-year span is indeed accurate. So, since Maslin’s treatment of satellite statistics passes all the tests—it makes sense in theory, does not directly contradict widely accepted principles and is based on accurate facts—it is fair to deem his conclusion trustworthy.

Such an approach strongly contrasts with that used by Patrick J. Michaels and Robert C. Balling Jr. in their book Climate of Extremes: Global Warming Science They Don't Want You To Know (courtesy of the Cato Institute). They claim, “In fact, there’s nothing very new going on” (109) in Greenland, since a study conducted by NASA’s Scott Luthcke has found that “the real amount [of ice lost in Greenland] … is around 25 cubic miles per year” (108). According to Michaels and Balling, 25 cubic miles is insignificant, accounting for a mere “four hundred thousandths of Greenland’s total ice per year” (108-09). I looked up Luthcke’s findings, and although Greenland did average a loss of 25 cubic miles of ice per year between 2003 and 2005, Michaels and Balling conveniently omit the fact that according to Luthcke, 98 cubic miles abruptly vanished during the summer of 2004, the most rapid rate of reduction ever recorded, and that in 2007, Greenland shattered all previous annual records by shedding off 131 cubic miles. It is also worth noting that in regard to the loss of 25 cubic miles per year between ‘03 and ‘05, Luthcke’s take on the matter is the exact opposite of Michaels’ and Balling’s: “With this new analysis we observe dramatic ice mass losses… In the 1990’s the ice was very close to balance with gains at about the same level as losses. That situation has changed now significantly, with an annual net loss of ice equal to nearly six years of average water flow from the Colorado River.”

The most popular and notorious source of denial is Fox News. In one clip, Fox commentators claim that trees, not man, are responsible for causing climate change. A reporter ominously opens with “tree-huggers beware” and subsequently points to a study by the Max Planck Institute which has concluded that trees release 10-30 percent of the methane in the atmosphere, thus justifying Ronald Reagan’s infamous remark that trees emit more pollution than automobiles.

A press release issued by the Planck Institute states that “The most frequent misinterpretation we find in the media is that emissions of methane from plants are responsible for global warming.” It professes plants “contribute to the natural greenhouse effect and not to recent temperature increase known as ‘global warming:” in other words, the notion that all of a sudden plants have begun to spike global temperature at an alarming rate is absurd. For environmentalists, or “tree-huggers,” trees signal the destruction caused by climate change and potentially serve as the antidote, carbon sinks. As such, Fox perversely attempts to reshape the public perception of the tree as an instrument of harm, not help. Considering that only 50 percent of Americans believe global warming is man-made, we must be able to distinguish between honest skepticism and disinformation.