There Is No Center Anymore 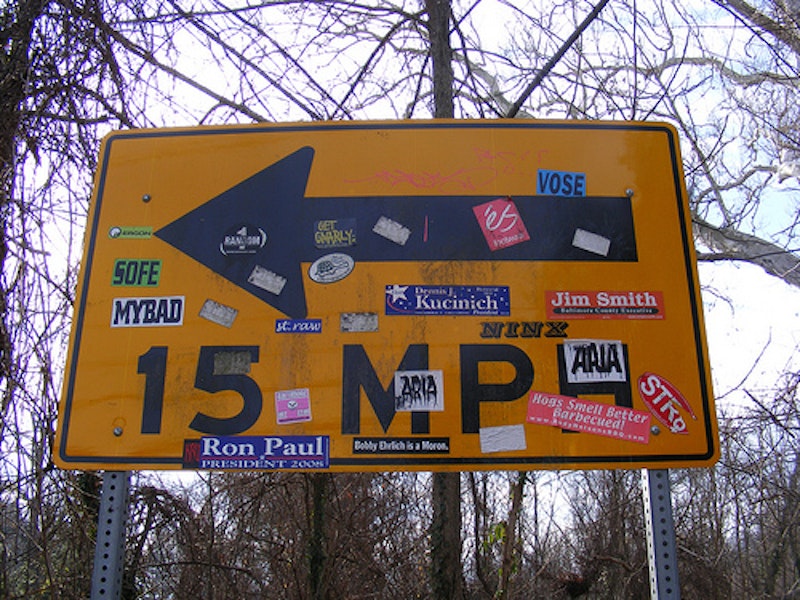 paul-simpson.org Look closely, near the bottom ...

Bobby, Bobby, Bobby. What the hell were you thinking? The governor of Maryland goes off for a couple of days, no more, on a Pentagon-sponsored trip to visit 26 of the state’s National Guardsmen in Iraq, by now the forgotten war, and you get your knickers in a knot? Wow! What happens if we have a Chilean-sized earthquake or a Katrina-force hurricane along the Chesapeake Bay. Does he declare Apocalypse now?

Bobby, of course, is Robert L. Ehrlich Jr. (R), the once and would-be future governor of Maryland, and the incumbent who made the trip to Iraq is Martin O’Malley (D), who makes up the Jack Armstrong vs. Elvis quotient of state politics, jock and rock star. Ehrlich criticized O’Malley not so much for taking the trip as for leaving Annapolis while the General Assembly is in session, as Ehrlich’s apologists were quick to point out when the headline-grab backfired.

As he seeks to expand his reach in apparent preparation for a re-match with O’Malley this year, Ehrlich is doing what every outsider does—create straw men only to attempt to knock them down. Consider Ehrlich’s Feb. 28 op-ed in the Washington Post in which he wrote: “Our political leadership in Annapolis is regularly enacting policies that conflict with mainstream sentiment in Maryland.” Many political scientists would call that courage or leadership, which is why we, the people, elect officials and invest our power with them.

About the trip to Iraq, even O’Malley’s spokesman acknowledged that the timing was not the most accommodating but that the Pentagon, not the governor’s office, arranged the travel schedule. Besides, much of the two-day out-of-state travel occurred on a weekend when, at this half-way juncture in the session, the General Assembly is either dithering or at home for a break and away from the State House. Crunch time in the legislature has not yet arrived and will not be a consideration for another couple of weeks. And remember, enacting a budget is the Assembly’s only constitutional obligation. Everything else is ornamental.

Besides, as Ehrlich well knows, this is the age of instant communication, which can put anyone in touch with the immediate world in a nanosecond. What’s more, O’Malley is a well-known techno-geek who is permanently attached to his Blackberry. Short of all that, O’Malley was traveling on a Pentagon aircraft, whose communication system was probably as elaborate as that of Air Force One and surely more immediate than the State House push-button phone.

In his Washington Post piece, Ehrlich ripped an opinion of Attorney General Doug Gansler, which held that Maryland should begin recognizing same-sex marriages that are performed in other states until the courts or the legislature decide otherwise. “The opinion’s release also throws into chaos a legislative session that should be focused exclusively on creating jobs and reining in government spending,” Ehrlich, or his ghost, wrote.

So far, the only chaos visible during the session is originating from a single member of Ehrlich’s own Republican party, an anthropological jar specimen named Donald Dwyer, of Anne Arundel County, who has demanded Gansler’s impeachment without understanding that the General Assembly lacks that authority. For those who, like Dwyer, may not have access to an English language dictionary, impeach means to accuse, and not, as Dwyer seems to imply or wish, to remove.

What Ehrlich is apparently attempting as he tools up his campaign is to tap into the anger and angst that is warping the national mood and threatening incumbents at every level. “The question is whether their [the voters] representatives in Annapolis will ever start listening,” he wrote in the Post. There you have it, citizens, an instant campaign bumper sticker —“Annapolis Isn’t Listening.”

“Our representatives in Annapolis are out of step with families, employers and taxpayers,” Ehrlich wrote. “If nothing else, Mr. Gansler’s opinion will send lawmakers running for the ideological trenches rather than coming to grips with their spending habits or getting government off the back of job-creating entrepreneurs.”

The problem with that argument is that its strengths are also its weaknesses. There are really four Ehrlichs—the go-along, get-along Bobby of the House of Delegates in the 1980s, the right-wing operative and protégé of Newt Gingrich as a member of Congress, the governor who ran from the right and tried and failed to govern from the center and now Bobby Teabagger, who’s trying to reinvent himself as a sideline populist. And the difficulty for Ehrlich today is that the center of American politics has collapsed. The system has been marginalized by forces outside the standard definitions of right, left and center.

T.S. Eliot observed that mankind is constantly swinging between tyranny and anarchy. The partitioning of the American electorate has happened many times before: The flirtation with communism during the 1930s; the virulent anti-communism following World War II, which produced historian Arthur Schlesinger’s important treatise, The Vital Center; the polarization during the McCarthy era in the 1950s; the hard-headed sons against hard-hatted fathers’ belligerence over the Vietnam war. One difference today is that political parties no longer seem to matter. And it is exactly into this netherland where Ehrlich is heading without a compass.

The trouble with being a former governor is the paper trail that follows you around like tin cans tied to a dog’s tail. No governor in recent years has kicked up more of an ideological fuss than Ehrlich did when he accused House Speaker Michael Busch (D-Anne Arundel) of playing the “race card” on slot machine legislation. As for Gansler’s opinion, so far only the troglodyte Dwyer is stuck in a trench. Two bills, as usual for the past several years, have been introduced, one anti-gay marriage, one legalizing gay marriage. Both, following the customary legislative shredder, will probably die and the status quo will live on until the next session and a new legislature reprises the matter for consideration once again.

Since Ehrlich has raised the issue of spending habits, no governor in recent years had a higher rate of growth than Ehrlich, 12 percent in one year, and an increase of more than $3 billion in tolls, taxes and fees. In addition, Ehrlich pioneered borrowing against future federal transportation funds at the same time he attacks O’Malley for spending money the state doesn’t have. O’Malley’s tax increase amounted to $1.3 billion, as opposed to Ehrlich’s $3 billion, and the rate of growth in this year’s budget is zero percent compared with Ehrlich’s 12 percent. Ehrlich also added to the cost of government by creating two new cabinet agencies as political paybacks, one for the handicapped, the other for veterans.

About officials “enacting policies that conflict with mainstream sentiment in Maryland,” that’s usually the case with forward-thinking legislation. There was a time when there was massive opposition to both the Baltimore Beltway and I-83.That was followed by opposition to the Baltimore Metro System by rural legislators and those in Anne Arundel and Baltimore Counties. In the early 60s, there was opposition to public accommodations legislation everywhere but in Baltimore City. In the 70s, the medical community as well as others opposed the creation of the universally acclaimed Shock Trauma system in Maryland. And the most raucous opposition of all was to the gun control law in 1973, at the time the first of its kind in the nation as well as the strictest. There was even an uprising in Baltimore that led to an opposition referendum on Harborplace, the centerpiece of the city’s tourism industry.

That, Bobby, is what leadership is all about—making tough calls and getting the job done. Woodrow Wilson observed, “The ear of the leader must ring with the voices of the people.” But sometimes the ringing causes an Excedrin-sized headache.