The Smart Move: Give Frank Rich a Show on Fox News

Politicians come and go, but the media stars who offer commentary about them will never go hungry, no matter how high the unemployment rate climbs. 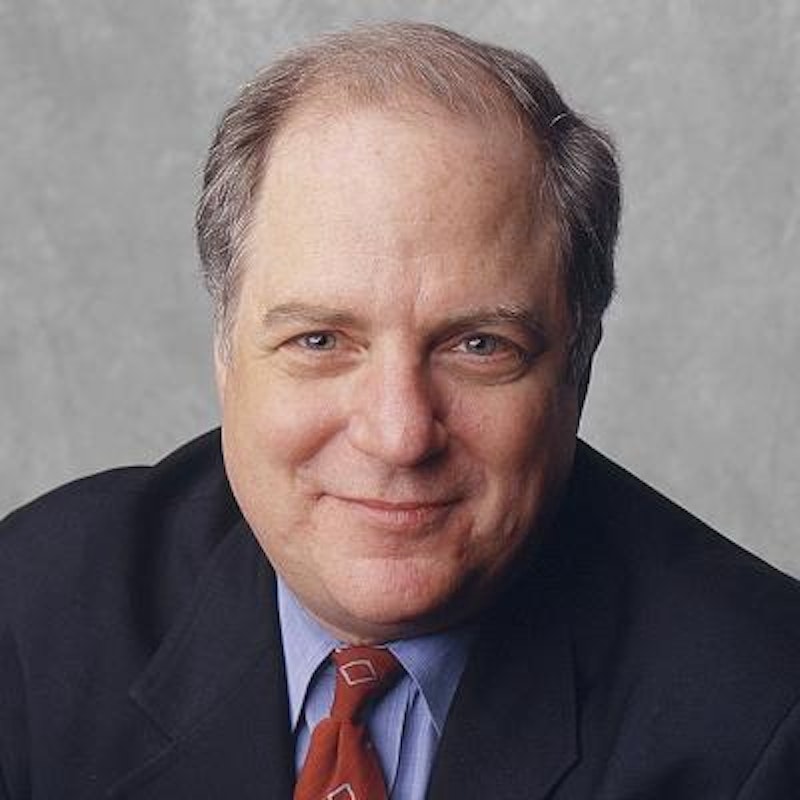 As a rule, when the cynical explanation about what happens in Washington, D.C., and cloistered offices or cubicles at the country’s leading news organizations is self-evident I’m game to embrace it. Such was the case last week in the wake of the off-year elections that caused heartburn for realistic Democrats—those who aren’t fixated on cartoon characters like Glenn Beck and Rush Limbaugh and the vastly inflated number of “teabaggers”—and more than a glimmer of good political news for beaten-down Republicans.

Let’s start by stating a simple fact: Op-ed punditry, especially that practiced by “star” columnists and commentators, is recession-proof. It makes no difference that daily newspapers in the U.S. are shedding paid subscribers as rapidly as the apples have fallen off the tree in my front yard during the past three weeks. I don’t care how fast the mainstream media as we knew it even 10 years ago is morphing into something entirely exotic—exactly what the transformation will look like in 18 months is anybody’s guess, even among those (generally) young entrepreneurs who are doing the heavy lifting—there will always be a home for the likes of Frank Rich, Charles Krauthammer, Mark Bowden, Anna Quindlen, Joe Klein, David Brooks, Paul Krugman, Peggy Noonan and Dana Milbank.

And last week there was finally a smorgasbord of political ramifications for such worthies to chew on, after months of banging the same tambourine—town hall meetings and Fox News for the liberal key-punchers and green room regulars; “ObamaCare” and the President’s droopy approval ratings for the conservative side. Sometimes I’m not entirely convinced that the men and women mentioned above (and their suitably credentialed colleagues) are nearly as impassioned about the issues of the day as their work would suggest. After all, in the unlikely case that the House of Representatives flips to Republican control next year, or Obama, unable to recover from several years of high unemployment figures (far more politically potent than the Afghanistan conflict, which, let’s be honest, most Americans don’t think about) is ousted by a yet-unknown GOP opponent, the pundits will still be employed, most likely happy, content and prosperous, armed with an entirely new set of Great Issues to either advocate or debunk. And they’ll carry on until either retirement or the last curtain call stills their voices.

Charles Krauthammer, a writer and television presence whose views are largely in sync with my own, had a grand time last Friday publishing his Washington Post column headlined “The myth of ’08, demolished." The main thrust of Krauthammer’s argument—one that he’s peddled before, but in this instance armed with ammunition via New Jersey and Virginia—is that Obama’s election last year was a fluke, a one-time convergence of political factors that won’t be repeated any time soon. He wrote: “The ’08 election was a historical anomaly. A uniquely charismatic candidate was running at a time of deep war weariness, with an intensely unpopular Republican president, against a politically incompetent [harsh!] opponent, amid the greatest financial collapse since the Great Depression. And he still won by only seven points.”

Largely accurate, by my reckoning, although Krauthammer understates, if possible, the complete detachment from last November’s election by the non-Palin-infatuated Republican and Independent electorate, most of whom were reeling by the panic and chaos caused by the fall of Bear Stearns and Lehman Bros., the frozen credit market, a free-falling Dow and the sub-prime mess. The financial industry—which extends way beyond Wall Street, no matter what left-wing propagandists might say—had all of its institutional rules turned upside down, so much so that honest financiers found themselves discombobulated, now plying their trade in an atmosphere that wasn’t unlike Las Vegas.

As such, there was little interest in the election from this quarter—and let’s be truthful, often national elections are treated with not much more gravity than a World Series or Super Bowl, with the result not making a substantial difference in how the country is run—and quite conservative men and women that I know were so distracted by their own, personal challenges that the thought of a liberal like Obama winning was an afterthought.

Still, while Obama’s election was no humdrum affair, it wasn’t precisely “a historical anomaly” or “fluke.” Think back to 1976, when the unknown, and hardly charismatic Jimmy Carter, like Obama, a politician with limited experience, took advantage of the “fluke” of the Watergate scandal, and just nosed out the hapless Gerald Ford. Likewise, although Bill Clinton proved himself a brilliant politician in 1992, absent the “fluke” of screwball Ross Perot’s on-and-off-and-on third party candidacy, the first President Bush might’ve been reelected. So, while yes, the exuberance of Obama supporters who proclaimed that a modern-day FDR had emerged was either the result of giddiness (the charitable explanation) or willful misreading of history (regards to Newsweek’s Jonathan Alter), in fairness all the breathless chatter wasn’t dissimilar to the Republican’s mantra in earlier years (’94 and ’02) that the Democratic party was facing extinction.

Switching sides, from one salon to another, I had the following thought upon reading Frank Rich’s Sunday sermon in The New York Times. Wouldn’t it be nifty if Fox News’ Roger Ailes hired Rich to host a show on the cable network, one that might precede Bill O’Reilly’s each night? I suppose that the geriatric viewers who’ve made Fox the cable champ might be ticked off, but just imagine the channel changing from MSNBC to Fox when the onetime theater critic came on. Rich would harrumph at such a possibility, but throw enough dough his way and he’ll say, “When do I start?” Anyway, in his column, Rich crowed about the far right’s disappointment that Conservative Doug Hoffman, nearly considered a shoe-in against Democrat Bill Owens on Election Day in NY-23, as surprising a result as the extent of Bob McDonnell’s victory in Virginia.

I detest Rich’s imperial tone, but on rare occasions he does spin off a splendid one-liner: “If there’s one general lesson to be gleaned from [Chris] Christie’s victory over Jon Corzine in New Jersey, it’s surely that in today’s zeitgeist it’s less of a stigma to be fat than a former Goldman Sachs fat cat, even in a blue state.” Rich failed to note that Obama threw his political muscle behind Corzine in the Jersey contest, to no avail, which doesn’t augur well for vulnerable Democrats a year from now, but I’ll let that pass since the fat joke was pretty good, especially in these days when anyone who’s carrying an extra pound is thought to be obese.

Back to form, and returning to my notion that op-ed writers will never go hungry, Rich offers this observation in explaining the pious Mike Bloomberg’s incredibly slim margin of victory to a third term as New York’s mayor. ($100 million spent on a campaign really doesn’t stretch as far as it used to.) Bloomberg was punished, Rich says, because of the public’s “antipathy” to the “masters of the universe in the financial capital.” Read this: “Americans don’t hate rich people, but they do despise those who behave as if the rules don’t apply to them. [Like Chris Dodd and Charlie Rangel, perhaps?] … However unfairly, some voters conflated [Bloomberg’s] air of entitlement with the swaggering C.E.O’s who cashed out before the crash and stuck the rest of us with the bill.”

I really enjoy it when smug nobles like Frank Rich identify themselves with “the rest of us.” I’ve no idea of Rich’s net worth (or any of his brethren, liberal or conservative), but he’s by no definition an—as august editorial boards like to say—“ordinary American.” He is, in fact, recession-proof.