The Other American Immigration

Welcome to San Miguel de Allende, Mexico, where a growing number of Americans are taking up permanent and semi-permanent residence. 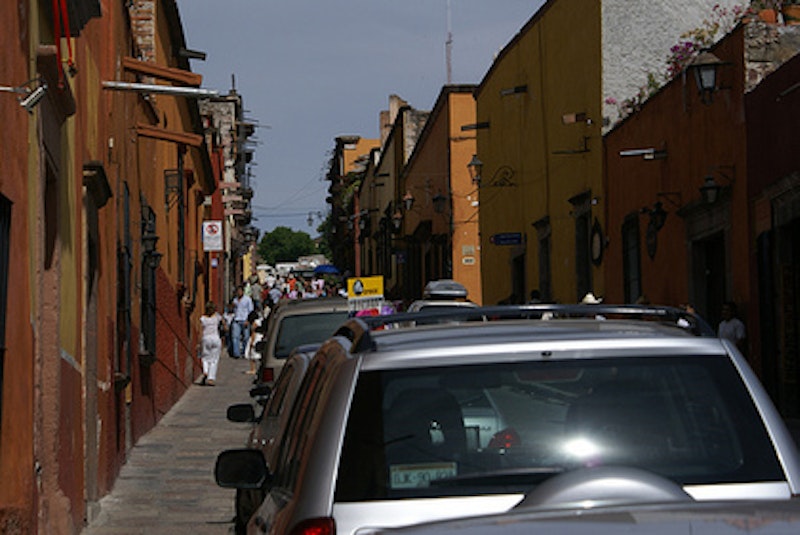 Between the growing number of American jobs being lost to the ailing economy and the fervid campaigning of presidential candidates, the issue of immigration—specifically from Mexico—has fired up this year. Recent raids by the Immigration and Customs Enforcement (ICE) at five locations of Pilgrim Pride’s Chicken, as well as Agriprocessors in Postville, Iowa have resulted in hundreds of arrests and major disruptions in the meat industry.

Since economists predict no relief to the nation’s economic slump for a year or more, the presence of our southern neighbors within U.S. borders will be one of many major challenges facing our next president and an intensely controversial issue for years to come.

But while it seems politicians and bureaucrats publicly clash over the legal and illegal immigration of Mexicans constantly, we seldom hear about the opposite—American emigration to Mexico. Not only is Mexico host to the colossal mass of American college kids flocking to Cancun, Acapulco and other spring break hot spots every March, but the country is also home to the largest number of American expatriates, with an estimated one million former U.S. citizens taking up permanent residency south of the border.

In San Miguel de Allende, a picturesque cosmopolitan town about three hours northeast of Mexico City, approximately 5000 expatriates live for all or part of the year.

The historic area, known for its exquisite colonial architecture, cobblestone streets and countless year-round fiestas, began experiencing a large influx of Americans post-WWII. With the passage of the G.I. Bill, veterans flocked to study art and Spanish at the U.S.-accredited Instituto Allende, increasing the town’s population exponentially.

San Miguel became an important location for the 60s counterculture movement when its reputation as a center for art and beatniks attracted many Americans who were looking to escape mainstream America. Among them was Ken Kesey, who fled the U.S. to escape drug charges and brought his infamous band of Day-Glo-loving Merry Pranksters with him. The town was actually the final resting place of Neal Cassady, who died in 1968 of a suspected overdose near railroad tracks that crossed through San Miguel.

Today, the town of San Miguel and its Instituo de Allende draw new residents from around the world, the majority of which are from the U.S and Europe. "San Miguel is very international," said Ricardo Vidargas, a photography professor at the Instituto, "Many writers, artists and sculptors from the Americas and Europe have homes here or come here to retire." Vidargas, who grew up in San Miguel and lived in New York for 20 years, said the town experienced tremendous commercial development during his absence, largely due to American influence and investment.

These developments have not been warmly welcomed by long-time residents of San Miguel. Earlier this year, the opening of a Starbucks and Home Depot nearby led residents valuing the singular ambience and antiquity of San Miguel to protest, explained Vidargas' wife Joan, a jewelry sculptor and former native of New Jersey. "Protesting was our way of taking a stand," she said, "We wanted to show that we were protecting San Miguel as a unique cultural and untouched place."

Mrs. Vidargas, who has lived in San Miguel since 1997, said the most difficult part of adapting to life in Mexico was the language change. "It took months to become fluent in Spanish but most amenities available in the U.S. are available here except for a few things.” Among the things she misses most from America are "the variety of food and good make-up."

Vidargas said she feels it’s important for Americans living in Mexico or other countries to remember they’re guests and make an effort to learn and adapt to the traditions of their new home. "Sometimes it’s easy for Americans living here to stick to a community of Americans since there are so many," she said. "It’s important to break out of that comfort zone and become immersed in San Miguel’s culture and way of life. Above all, I think it’s important to always maintain a level of respect for the people and traditions of San Miguel—or any other foreign place you live in.”