There will be a lot of anger in America no matter who wins on Nov. 4, but that’s just a natural obstacle on the road towards our country finally moving past race. 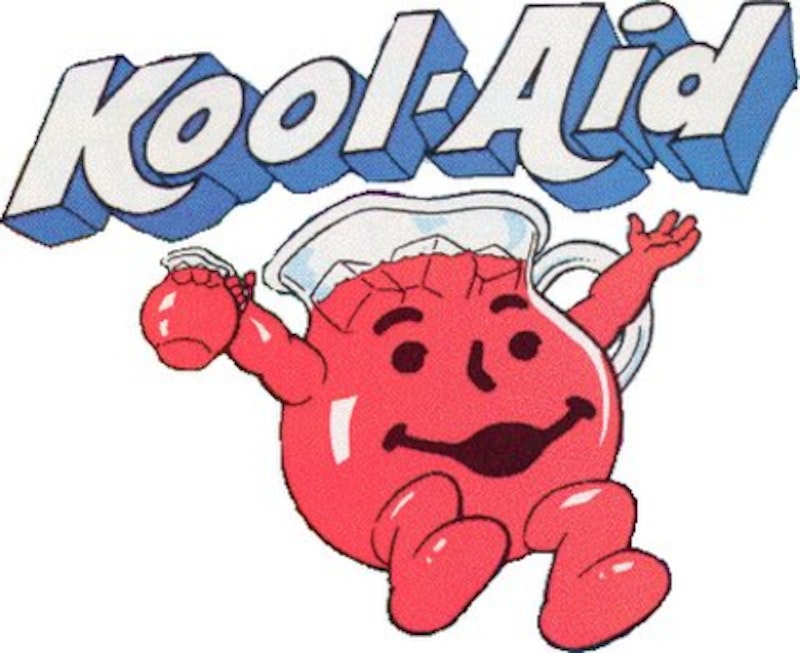 I recently asked my grandmother what she thought about Sarah Palin. “Na don’t get me started on that white heffa. You know she don’t like black people, and I don’t bit-mo trust her in 1,2,3.  Woo, I hope she don’t get up in that White House,” she erupted into the phone so loudly I had to hold it away from my ears.

This from the same lady who still asks whether or not any new friends I make are black or white. “Don’t trust white people. They’a stab you in the back with a quickness.”

But no matter how much it frustrates me to hear my grandmother say this type of stuff, I realize that at 67 years old, she was alive during racial segregation and probably still feels a little jaded. I mean, if I had peeps constantly breathing down my back, telling me that I wasn’t equal to white people, I’d be bitter as hell. Wouldn’t you be, too?

But why do some white people—the younger generation included—still carry around racial baggage? What’s the freaking big deal? HELLIFIKNOW. I understand my grandmother being pissed off. But white folks? Really? My sister, who lives in BFE Texas, tells me that she and her boyfriend are constantly getting stared at because he’s white and she’s black. I recently walked around the famously racist neighborhood of Bensonhurst in Brooklyn, and could cut the racial tension with a hot comb. Innumerable Manhunt profiles everywhere say “Sorry! Not into black men. I’m not racist. It’s just a preference.”

Call me naive, but I try to just ignore race, you know? I don’t participate in race-based organizations like the Black Graduate Network at my university. I ignore my grandmomma’s questions about whether I’m circulating with white people or black people. And, as I’ve written about before, I don’t do the things or listen to the type of music black people are expected to. It’s not that I don’t think that race is an issue anymore. It’s that I believe that race would be over if people just stopped fucking talkin’ about it. I’m like you know what? It’s 2008. Bitches need to get over themselves.

Needless to say, what really gets on my nerves is all these race-stereotyped, negative attacks towards Barry Obama from people who can’t believe that a black dude is about to be in the White House.

Just a few days ago a California Republican women’s group sent out a newsletter with a picture of a newly designed dollar bill. The new “United States Food Stamps” bill featured Barry’s face completely surrounded on all sides by a box of fried chicken from KFC, BBQ ribs, a slice of watermelon and a glass of red Kool-Aid.

Oh no she didn’t! They even got it down to the glass of “red” Kool-Aid. Looks like somebody’s been watchin’ Friday.

The thing that worries me about the picture is not even the racial stereotype, or the implication that all black people are dumb and on Food Stamps. Hell, when I was a kid we fuckin swore by red and purple Kool-Aid, okaaaay. But it’s a stereotype that’s been rehearsed so many times. It’s tired. Every black comedian on BET’s Comicview has a bit about black people and fried chicken or black people and “red” Kool-Aid.

I’m just sick and tired of the attempts to make black people like Barry look bad as a way to get folks not to vote for him. It’s pathetic. As a video at a Palin rally I recently saw confirmed, people were actually shouting “Terrorist! Mohammed Hussein Osama! Go back to Africa!” Really? The hilarious thing to me is that these stereotypes have no basis in reality whatsoever.

Don’t you love it when politics in America becomes about Kool-Aid, watermelon and terrorists and not, like, issues or anything. People, please.

I remember in that last presidential debate when a trannylicious McCain came out swinging at Barry, saying “I’m proud of the people who come to our rallies” i.e. I like the racist KKK people who link black people to Food Stamps! And what about Palin’s preference for visiting parts of the country that are “Pro-America”? I think what they’re saying loud and clear is that these are the only people, the ones who straight facedly believe that Barry is a Muslim and who say things like “I can’t vote for him because he’s black,” who will vote for their ticket.

As depressing as it sounds, it doesn’t matter who wins in November—Team Barry or Team Barbie—because we can look forward to riots and protests either way. That’s right: full on bitch fights. All us “liberal elitists” will scream and kick and blame “race,” demanding recounts and vow to leave Earth. And the angry white people in flyover country who can’t believe that a black dude is invading the White House will bust out their racism. Then we can look forward to a period of nooses and black jokes.

But you know what? This election finally brings about the racial catharsis America needs for black people, like my grandmother, who never believed they would get the chance to vote for a black presidential candidate in their lifetime. And for white people who think that black folks aren’t good enough. We need a black president just to give people the chance to get over having a black president. Maybe the next president will be a gay Asian.

Sometimes you need to scream and kick a little before things get boring and you just accept it and find something else to bicker about.