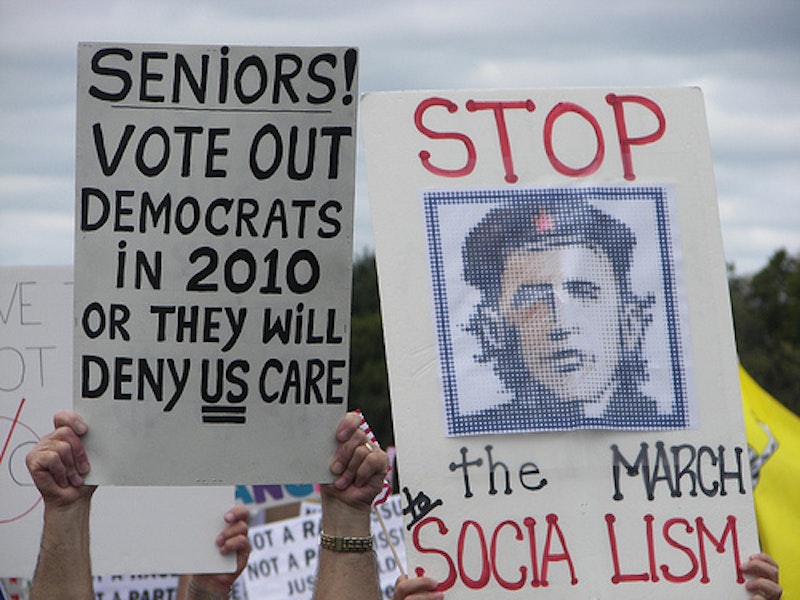 I managed to escape the abject tonnage of snow that hit the mid-Atlantic region this past weekend by holing up in New York with some longtime friends. But I did manage to slip back into Baltimore yesterday, just in time to be nearly hit by a snowplow, push out a trapped vehicle—all on my walk from the Bolt Bus stop to my house—and grab ringside seats for the pummeling the city is taking as I type.

Washington, DC, and, subsequently, Congress have borne the brunt of all this snow as well, and legislative calendars have been managed accordingly. But the heart of the Federal Government was already bogged down well before the snow hit. The most obvious example is the alliteratively pleasant (if nothing else) Shelby’s Shakedown. Alabama Senator Richard Shelby (guess which party?) recently held up every single one of President Obama’s nominees. Why? Pork, masqueraded as national security. Right:

This type of hypocritical brinksmanship—holding up crucial military appointees in the name of national security—is nothing new to this Congress:

More than a dozen Republican lawmakers, while denouncing the stimulus to the media and their constituents, privately sent letters to just one of the federal government’s many agencies seeking stimulus money for home-state pork projects.

The letters to the U.S. Department of Agriculture (USDA), obtained through the Freedom of Information Act, expose the gulf between lawmakers’ public criticism of the overall stimulus package and their private lobbying for projects close to home.

Congressional Republicans seem not to care how transparent their cognitive dissonance is—indeed, they take their cues from their de facto communications director, Fox News. Jon Stewart recently spoke with Bill O’Reilly on the latter’s show, and as only he can do summed up Fox’s ethically corrupt agenda:

I know what this is. I come from Jersey—it's the same thing: "I'm not saying your mother's a whore. I'm just saying she has sex for money. With people." [F]ox News used to be all about, you don't criticize a president during wartime. It's unacceptable, it's treasonous, it gives aid and comfort to the enemy. All of a sudden, for some reason you can run out there and say, "Barack Obama is destroying the fabric of this country."

Here it is at the ground level:

On the global front, Barton and company want textbooks to play up clashes with Islamic cultures, particularly where Muslims were the aggressors, and to paint them as part of an ongoing battle between the West and Muslim extremists. Barton argues, for instance, that the Barbary wars, a string of skirmishes over piracy that pitted America against Ottoman vassal states in the 1800s, were the "original war against Islamic Terrorism." […] Barton and Peter Marshall initially tried to purge the standards of key figures of the civil rights era, such as César Chávez and Thurgood Marshall, though they were forced to back down amid a deafening public uproar. They have since resorted to a more subtle tack; while they concede that people like Martin Luther King Jr. deserve a place in history, they argue that they shouldn't be given credit for advancing the rights of minorities. As Barton put it, "Only majorities can expand political rights in America's constitutional society." Ergo, any rights people of color have were handed to them by whites--in his view, mostly white Republican men.

It's difficult for hardhearted Democrats—whether they’re in the media, the surrounding blogosphere or hunched over a pint—to wrap their minds around the current political climate and the general arc of recent political history. Everyone is pissed at everyone else, with liberals splitting with the White House and even teabaggers dividing over their self-made brand of cheap populism. Governing has all but stalled due to some of the most intransigent Republican posturing this side of the Civil Rights Era, colliding with a fumbling Democratic leadership and incorrigible obstinate chest-beating of so-called moderates. There's not a lot for either party in Congress to hang their hats on (the President owns the successful stimulus and TARP programs); jobs and other economic baselines are the only things that will matter in 2010, and so far all signs point to slow but steady recovery—recovery being a relative term, as we emerge from 10 years worth of economic plateaus and disastrous Republican budgeting with a global recession as the bookend. But things aren't completely out of the range of recovery:

Unemployment has dipped below the psychologically distressing 10 percent mark as Congressional Dems prepare a modest jobs bill that, guess what, Republicans are going to do their best to deter. Hope vs. nope, governing vs. politics—the Republican Party has abandoned any honest attempt at governing, content to let partisan warfare (and the media's insatiable lust for it) hog the spotlight.

As for health care reform, polling is erratic: a majority of Americans don't support health care reform, generally speaking, but that majority flips the other way when the legislation is actually explained to them. Pundits are spinning Scott Brown's victory as a referendum on health care, even though Brown's explicit reason for not supporting reform is that Massachusetts already enjoys the benefits of universal health care and so shouldn't have to foot the bill for the rest of the country.

A health care summit has been called in the name of bipartisanship. It’s probable that the White House will be able to turn this into a victory of unknown degree—if Republicans skip out, that’s another nail in their coffin of legislative bankruptcy; if they come aboard, expect another smack-around in the style of Obama’s trip to the House Republican Caucus last month. But will either outcome move the chains on health care reform? Hard to tell. The inside baseball of legislation is always going to be a grind. The legacy Republicans are leaving is not one of scuttled health care reforms. Ta-Nihisi Coates put it harshly:

Maybe it always was that. I don't know. What you have here is a party being eaten alive by the hate that they stoked for decades, dumbasses who think the essence of "Real America" is stupidity and ignorance, who'd sooner have a president who packs a cheat-sheet to a tea party, than a Indonesian/socialist/nigger/Muslim. Soon we'll know if they're right.

Does that sum up the whole of the Republican Party? Of course not, but what it does sum up is a minority presence inside the Right that no one has the guts—the intellectual fortitude—to address. Because it’s drill, baby, drill and win, baby, win. If it’s difficult watching a level-headed conservative defend Sarah Palin, just wait. The 2012 presidential election will separate the nihilists from the realists, those who think of their country as more than the sum of tax loopholes for the wealthy or the size of government services, and those who do not.