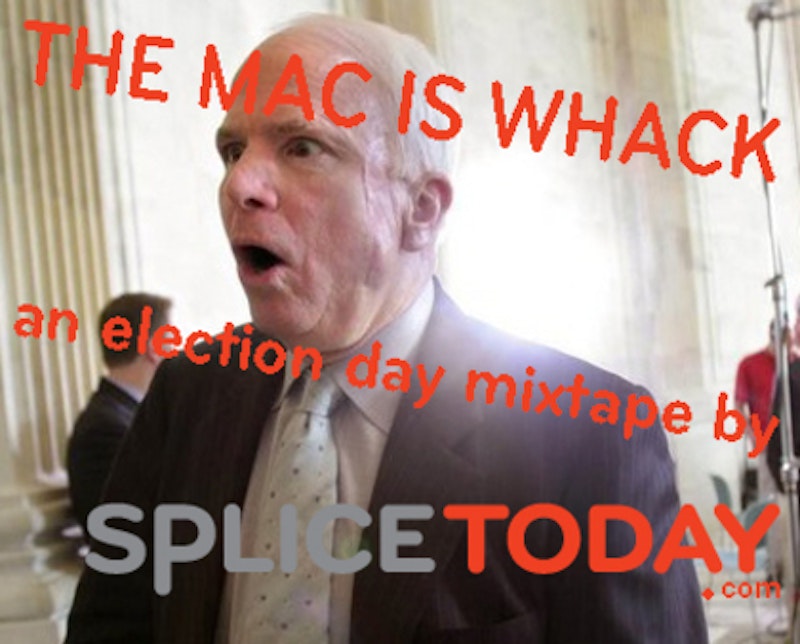 As the election finally approaches, John McCain and Barack Obama are making brief stops all across the country to send out the same messages they've been selling for the past six months, albeit in a truncated, time-constrained version. But while both candidates have made appearances in the same states and on the same talk shows, there is one outlet that has unfairly favored Obama over McCain. I'm talking, of course, about the world of candidate mix tapes. Obama has a legion of songs and mixes dedicated to his historic run for the presidency, while McCain is left with little more than the hope of a future country single by Joe the Plumber.

So we decided to put together a mix reflective of McCain's own candidacy. The McCain mix isn't as organized or fluid as those of Obama. And there are a couple of miscues and poor choices along the way. Hell, we even stole the Obama mix's brand of Soul and Funk music.

But we hope that in the end it will win you over.