The Last Vestige of the Culture Wars 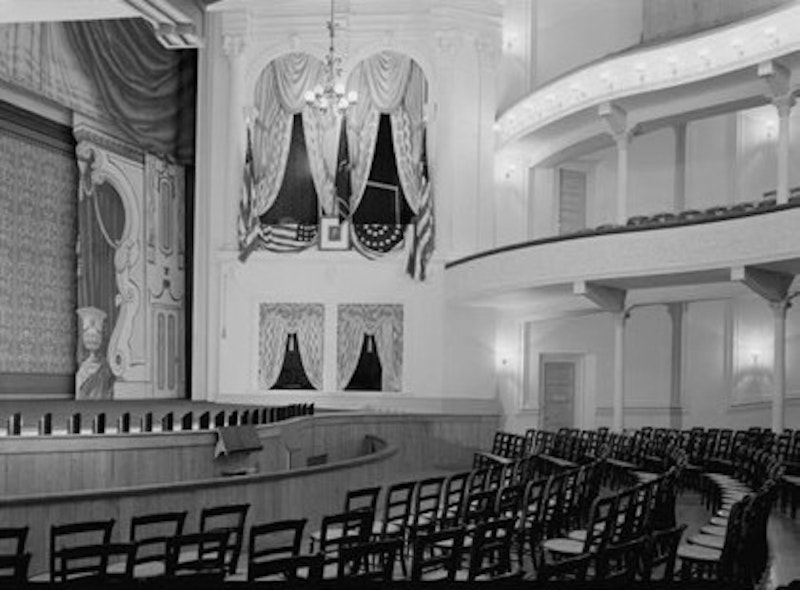 A week or so ago I wrote a blog post summing up the arguments surrounding the possible creation of an arts czar/culture minister. I came out in favor of senior staff-level liaison for the various arts, humanities and culture entities in and around the government. The arts and humanities get a pretty raw deal. I’m thinking of the West Wing episode where Toby has to fight to keep the entire budget for the National Endowment for the Arts, and his prime opponent is a congresswoman rattling off various ridiculous-sounding art projects—nakedness, animals, you know: all the random shit weird artists do that has no impact on society as a whole.

It was painful to watch the purported centrists in the Senate cut out nearly $100 million worth of funds for arts, culture and education—“purported” because the list of axed items looks like a Republican’s top 20 list of awful “nanny state-cum-socialist” policies.

At Culture Monster, The Los Angeles Times’ arts and culture blog that’s leaving all other outlets in its dust in terms of national arts policy coverage, Christopher Knight laid a compelling thought experiment that doesn’t have “a snowball's chance in Hades”: pump $62 billion into the non-profit sector. Why? It employs some six million people across all 50 states and, because they’re constantly looking for cash, countless non-profits have “shovel-ready” projects. Knight’s best argument (and where the above figure of $62 billion comes from) is his comparison of the non-profit sector to the industrial-military-lobbying complex that, among other things, is pushing for continued funding of a much-criticized fighter jet, the F-22:

President Obama must decide by March 1 on its continuation. Lawrence Korb, assistant Defense secretary in the Reagan administration and a widely respected national security analyst, has described the F-22 as “the most unnecessary weapons system being built by the Pentagon.” Defense Secretary Robert M. Gates, a holdover from the Bush administration, has been critical of its usefulness and cost.
Yet that hasn't stopped 46 senators, led by Saxby Chambliss (R-Ga.) and Patty Murray (D-Wash.), senior legislators in the states that primarily build the thing, from signing a letter to the president urging F-22 continuation in the 2010 budget. So have more than 150 representatives in the House. According to Congressional Quarterly, the old pitch that the airplane is a security demand has been gilded with a new one: An ad campaign (above) says the F-22 is now essential to stave off unemployment in a collapsing economy.

But America is not in the business of accommodating the arc of cultural renewal and invigoration.

Why? Because ever since a bunch of farmers, merchants and other small-businesspeople fought the American Revolution against the East India Company and its nominal CEO, King George III, corporations have been the nation's primary obstacle to life, liberty and the pursuit of happiness. They still are.
Culture is all about pursuing happiness, so even in a crisis it barely stands a chance. If you doubt it, ask the Wall Street bankers who have gotten hundreds of billions in bailouts and bonuses — and stand to get more. Then ask your senator or representative, who can't get elected without them.

The culture wars of decades past still have a corrosive effect not only on political and moral discourse but also on the state of American culture. Today’s congressional leaders lived through Vietnam and the Cold War, while the electorate, year by year, moves away from those defining milestones. That a largely derided fighter jet is pretty much guaranteed continued funding while the very front yard of the U.S. government falls into disrepair is an example of how we still have a long way to go in terms striking a balance of priorities.

Sam Tanenhaus recently penned a piece for The New Republic titled (over-provocatively) “Conservatism is Dead.” One of several money quotes:

[The Conservative Mind author Russel] Kirk, for example, denounced federally sponsored school lunch programs as a "vehicle for totalitarianism" and Social Security as a form of "remorseless collectivism."
Where in this, Schlesinger asked, was even a hint of classic conservatism, with its concern for the social and moral costs of unchecked industrial capitalism?:
“Disraeli with his legislation on behalf of trade unions, his demand for government intervention to improve working conditions, his belief in due process and civil freedom, his support for the extension of suffrage, his insistence on the principle of compulsory education! If there is anything in contemporary America that might win the instant sympathy of men like Shaftesbury and Disraeli, it could well be the school lunch program. But for all his talk of mutual responsibility and the organic character of society, Professor Kirk, when he gets down to cases, tends to become a roaring Manchester liberal of the Herbert Hoover school.”
For years to come, this paradox would roil the right, which remained split between the Burkean politics of realistic adjustment and the revanchist politics of counterrevolution.

The right has developed a visceral knee-jerk reaction to anything involving culture, and their “loyal opposition” stranglehold doesn’t seem to be loosening anytime soon. Bombs make jobs, but renovations and building projects and part-time jobs or anything else within a stones throw of a—gasp—opera house do not. This is government as violent adolescent child.

Knight also stumbled across a neat factoid: Republican Senator Sam Coburn of Oklahoma is the “Dr. No” of any arts-related funding—and his daughter is an opera singer. This is almost as ironic as a vice president of a virulently anti-gay administration having a gay daughter.

At the rededication of Ford’s Theatre in Washington, D.C., President Obama opened his remarks with:

Michelle and I are so pleased to be here to renew and rededicate this hallowed space. We know that Ford's Theatre will remain a place where Lincoln's legacy thrives, where his love of the humanities and belief in the power of education have a home, and where his generosity of spirit are reflected in all the work that takes place.

Right now, love of the humanities and belief in the power of education are in the doghouse, though at least not in the alley.

Obama has a lot on his agenda, so much so that he had to let a strike go over the plate in the form of state secrets privileges and the like.

I’m not ultimately that upset about losing billions for the arts and humanities and education (and science and culture) from the stimulus package. Straight up, there are more important things in the immediate sense. Nor do I believe the arts and humanities will wither on the vine without a taxpayer-backed bailout. But the sector’s potential for growth—growth in jobs, cultural output, international respect—is undeniable.

Down the line, I hope for a tipping point—an extended period of cease-fires, a few balanced budgets in a row, etc.—that will allow for the open backing and funding of American culture. Until then, even those with a passing interest are forced to watch men (and a few women) from a generation ago grapple with boogy- and strawmen that have little to no relation to the country we live in now.