Dozens of big non-profits in Baltimore, from the Johns Hopkins University to the Baltimore Museum of Art, pay no property taxes. Good thing for them (and the city), you do. 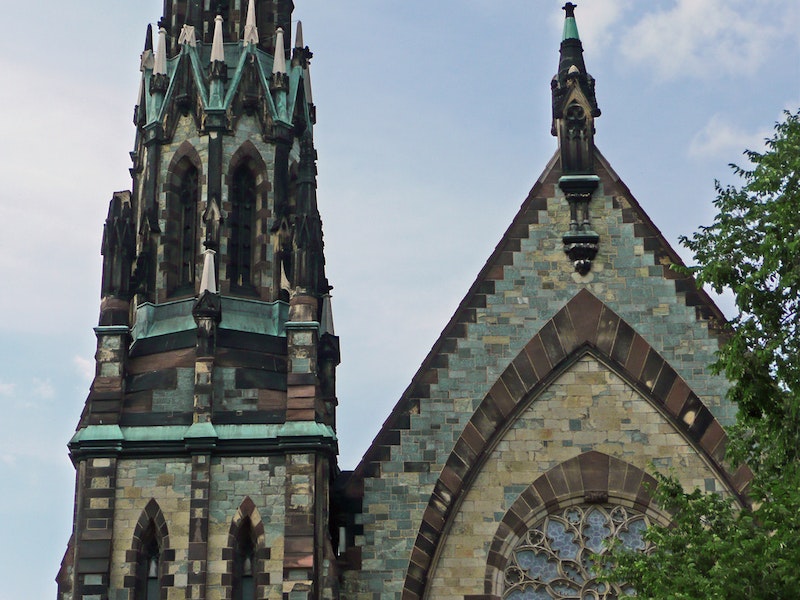 Anyone who wonders why Baltimore’s property tax rate is more than double that of most counties at the same time the city has a $121 million hole in its budget ought to take a drive along downtown Charles St. north to University Parkway.

It’ll help explain why Mayor Stephanie Rawlings-Blake has prepared a doomsday budget that threatens to close fire companies, ground police helicopters, close recreation centers and scrap bulk trash pickups, among other deprivations. And add to the mix a consolidation of some agencies and the elimination of jobs. It’s the budget-making playbook scenario forewarning that essential public services have to be paid for one way or another or discontinued and somebody’s about to get it tucked to them. Government can never do enough in an area where it previously did nothing.

So in addition to that uptown drive, better still, chalk off a quarter-mile perimeter in any direction, to the north, south, east and west of Charles St., from any point in the center city, and you’ll begin to understand why the tax rate is so high and the budget hole is so big, another look at the city that most people have probably never considered when they rage profanely against high taxes and government spending.

Within that imaginary quarter-mile square, and north on Charles St., from Conway to University Parkway, there is a total property tax assessment base of $5.738 billion. Trouble is, $2.594 billion, or 45.2 percent of the property base, is tax exempt because the properties within that configuration belong to non-profit organizations. Only 54.8 percent, or $3.144 billion of the total value of $5.738 billion of prime center-city real estate is taxable, according to the city’s own figures.

And strange as it may seem, the City of Baltimore’s basic economic development policy is to attract non-profit organizations, such as the Anna Casey foundation, to locate their headquarters in the city that is supposed to give Baltimore a certain cachet even though they pay no property taxes.

To wit, the city, i.e., then-Mayor Martin O’Malley, insisted on building the new Albert Speer-like convention hotel on its own and on the cheap, which means that it is also a tax-free, non-revenue producing property of major proportions and minor aesthetics.

All of this is occurring as Rawlings-Blake and the City Council begin consideration of the tough choices needed to balance next year’s budget. Rawlings-Blake has cut her office’s budget as has the City Council. And on the menu is another attempt to compel non-profits to contribute, in some form, to the city treasury in exchange for the city services they use and the property they occupy. Among the initial thoughts are a proposal to levy hospitals and colleges $250 a bed, tax telephone land lines (which are already taxed at $3.50 a month, courtesy of O’Malley) and a tax on energy.

The current property tax rate in Baltimore is $2.38 per hundred—$2.268 for the city and 11.2 cents as the state’s share—which is set aside as a guarantee to pay off state general obligation bonds. Hence, the state’s Triple-A bond rating. A property tax cut of two cents a year over a five-year period was initiated by O’Malley as mayor, but even that token gesture had been offset by steady increases in assessments even as home values decline, some now valued below their actual mortgages. The tax assessor is the stalking horse for elected officials. Plunging tax revenues, high pension costs and a sharp decrease in state aid have further contributed to the city’s financial desperation.

The city’s property tax base is supported by homeowners and small businesses, and not institutions; mostly the taxpayers in the six haute zip codes of Canton, Federal Hill, Roland Park, Guilford, Homeland and Mt. Washington. All an organization has to do to avoid paying property taxes in Baltimore City is to obtain a 501(c)3 non-profit certificate from the federal government and the State of Maryland will honor it by waiving property taxes.

To compound the city’s revenue problem, through various state programs such as the Homeowners’/Renters’ Tax Credit Program (circuit breaker), one-third of the city’s homeowners pay all of their property taxes, one-third pay some of their taxes and one-third pay no property taxes at all. When the program was originally enacted, it was intended to protect elderly homeowners from being displaced by neighborhood gentrification. The program has been modified over the years to apply to income levels rather than age.

An institutional presence, such as there is in Baltimore, is peculiar to municipalities and is among the major differences between the city and the surrounding suburbs, where most bricks-and-mortar (and vinyl siding) are houses, office buildings and malls—all of which produce property tax revenue.

Consider, now, the imaginary quarter-mile square and the popsicle-stick Charles St. corridor: Within those boundaries are acres and acres of such illustrious tax-free properties and municipal ornaments as the Peabody Conservatory; The Johns Hopkins University; the Baltimore Museum of Art; the Walters Art Gallery; the University of Baltimore; the Basilica of the Assumption; the First Unitarian Church; the Lovely Lane Methodist Church; University Baptist Church; and dozens upon dozens of other churches as well as schools, including to the north the Cathedral of Mary our Queen and its adjacent school; the old Provident Bank Building on South Charles St., which now houses a charity; and now the prayer garden, that replaced the Rochambeau Hotel, which is owned by the Archdiocese of Baltimore.

Other tax exempt properties include the sprawling campuses of the Johns Hopkins University Hospital on the East side, and the University of Maryland and hospital complex on the West side of town; the state office building complex; and back in the corridor, Mercy Hospital; Maryland General Hospital; the Associated Jewish Charities; the Archdiocesan headquarters building; the North Avenue school system headquarters; Penn Station; the Fallon Building; the Edward Garmatz Federal Courthouse; the city and state courthouses; the World Trade Center; the Convention Center; Camden Yards; M&T Bank Stadium; the list goes on and on. Anyway, you get the picture. Baltimore is a sprawling city, built on an 80 square mile grid, and much of it eludes the tax collector.

City officials will no doubt argue the wisdom of pursuing non-profit organizations because they bring with them workers and their families to Baltimore. But because the organizations, such as the tax-free Catholic Relief Services or the worldwide Lutheran Charities Services on S. Charles St., are located in Baltimore carries with them no guarantee that employees will live in the city. It’s probably safe to speculate that at least half of the employees, if not more, of the tax-exempt non-profits reside in the counties surrounding the city.

There have been efforts to cash in on the diasporas that occur daily at five p.m. when the city shuts down and workers flee to the greenswards of suburbia and beyond as far as the tract housing along the I-83 corridor in Pennsylvania. A commuter tax, which enjoys a periodic revival and debate, has been rebuffed and rejected out of fear of retaliation by county governments that surround the city. So, too, have special taxes on employees who earn their paychecks in the city but live elsewhere.

And when O’Malley proposed, and imposed, the $3.50 monthly telephone tax several years ago, the non-profits popped the blood pressure cuff over the thought of having to pay the fee. Johns Hopkins, for example, complained that the organization had 35,000 phones and, to them, $3.50 a phone line was unfair taxation. An accommodation was reached. Hopkins says it now pays about $7.3 million a year in different fees and taxes.

So the next time there’s a dispute over property taxes, or any other levy, as there’s certain to be, take an observant drive through downtown Baltimore and north along the Charles St. corridor. There are some wonderful tax-free institutions and grand old buildings that you’re helping to support with the taxes you pay on your house.