The End of Hip Hop Culture

As told by One Who Would Know. 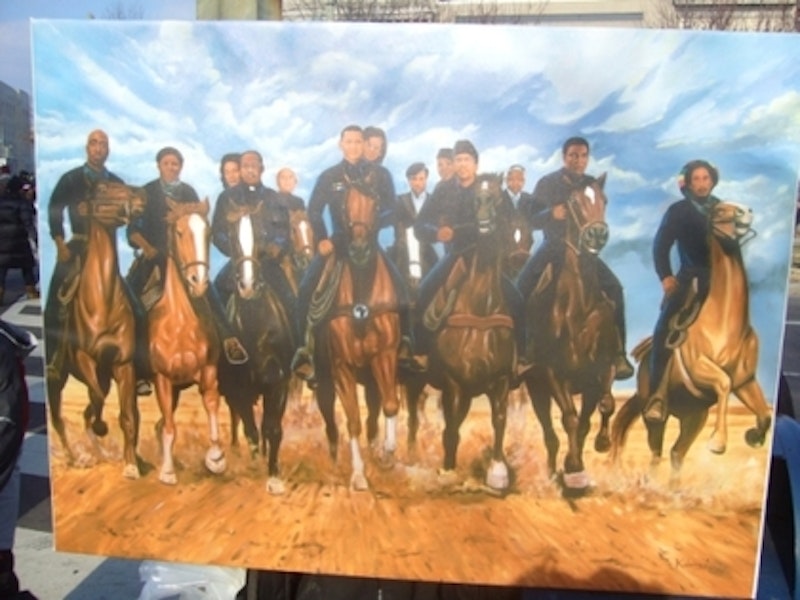 Well, here's one small anecdote that suggests the era of hip-hop might be ending and the age of Obama might be beginning. The streets around the Capitol right now are swamped with Obama T-shirt and tchotchke vendors. One of them was selling this poster of Obama leading a posse of civil rights icons:

As I paused to take in the poster, a black woman in front of me stopped, took one look at the poster and blurted out, "Now, what the hell is Tupac [far left] doing on there?"

In the real world, where real people live, and breath real air, a multitude of forces--cultural, social, economic, etc.--weigh on people. Barack Obama will certainly change something about black culture. But anyone who's spent any time around actual people should know better then to act like they know what that is, or how it will play out. These guys are Skip Bayless, telling you who's going to the Super Bowl next year.