The Comfort of Ignorance

The Right continues its shameless crusade against the arts. 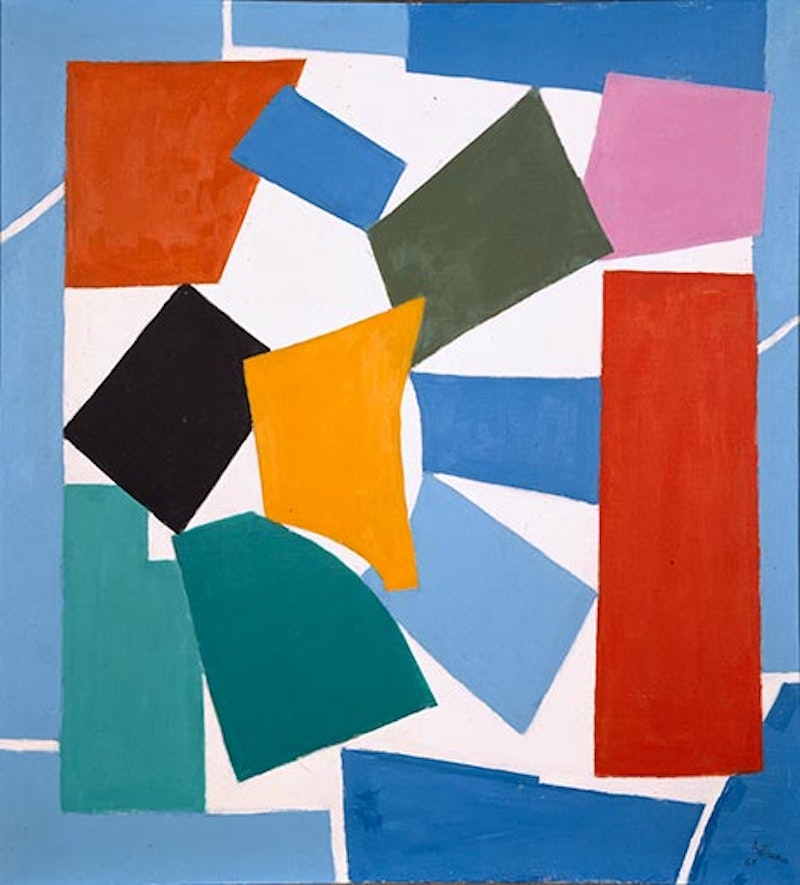 The Right has been hard pressed-though not completely unsuccessful-at finding political gain as President Obama brings historic health care reform closer to reality; education reform into the realm of the possible; and a greater respect for the US on the world stage. Cries of death panels, birth certificates, dithering, supplicating-all stoked by the fires of umbrage-umbrage over every conceivable issue, large and small.

Earlier this year, visual arts professor and contributor for The American Prospect Sharon L. Butler characterized the growing enthusiasm within the art community for what an Obama Administration would mean to this country's cultivation of the arts and humanities:

As Obama tries to steer the country back on track, visual artists and the curators who select and organize their exhibitions are likely to be energized both by a new sense of inclusion and patriotism and by a quieter, more down-to-earth confidence born of the administration's pro-arts policies.

But as for the hope that "the ‘culture wars' that erupted in the 1990s between the arts community and the Christian right will be buried once and for all," the Right has reached for an old standby-the arts as something demeaning, something weak.

Loyal conservative soldiers launched two distinct broadsides against the Obama Administration recently focusing first on the National Endowment for the Arts and then the First Family's art selections for the White House.

Patrick Courrielche, writing for Andrew Breitbart's Big Hollywood, reported at length on a conference call involving NEA officials and dozens of players in the arts community, a community long undervalued if not ignored outright. The highest charge leveled by the Administration's critics alleges the NEA, a government institution, has used its relationship with a rabidly pro-Obama demographic for political gain. As Courrielche put it, "The making of a machine appeared to be in its infancy, initiated by the NEA, to corral artists to address specific issues."

The issue, fully covered by the Los Angeles Times' excellent culture beat, centers on NEA Director of Communications Yosi Sargent, who worked with Sheppard Fairey (now in a whole heap of trouble completely of his own making) and the "Hope" poster campaign. In the conversation's transcript, Sargent explicitly asks the artists commit their energies to rallying support and volunteers for the Administration's agenda. Later, when asked for specifics, Sargent stayed mum, saying there were legal issues in such explicit instruction.

Did Sargent cross a specific linguistic line early on in the conversation? Sure. He then dialed down the rhetoric. And then he was demoted. And then he resigned knowing full well the conservative avalanche of umbrage would not abate. Remarkably—or not—not a single conservative critic had the presence of mind or a sense of relativity to consider the Bush Administration's firing of Department of Justice officials for blatantly political reasons. One way to put this in perspective is budgetary: The DOJ is a $27.7 billion agency—the NEA a $155 million one. Nor did the disastrous Valerie Plame issue come up in conversation, nor did President Bush's taxpayer-funded ($2.2 billion) White House Office of Faith-Based and Community Initiatives which funded such bland, non-inflammatory or apolitical groups such as the Abstinence Education Program. The Right was given a free pass to drool all over this issue.

But this is not to say the NEA was faultless—indeed, it took immediate and thorough actions to quell the situation and restore the agency's impartiality. It is difficult—impossible—to recall a single instance during the Bush Administration when a Republican agency director responded quickly and diligently to an uproar from the opposition. Indeed, Scooter Libby was the top of a mountain of lower-level Bush Administration officials who enjoyed the full weight of an Administration that never admitted wrongdoing' the length and breadth of that Administration's politicization of various departments utterly trivializes Courrielche's hysterical "fear regarding the arts becoming a tool of the state." 1984 this ain't.

As for the arts community being so vehemently pro-Obama, it wouldn't have hurt if anyone had noticed that the chairman for the National Endowment for the Humanities, Jim Leach, was a Republican congressman for 30 years. He voted to impeach President Clinton; investigated him and the First Lady during the Whitewater controversy; voted against military intervention in Iraq; and opposed Newt Gingrich's bid for the Speakership. The fact that this even has to be pointed out is galling.

Though this issue surrounding the NEA initially held the smallest of kernels of truth before it precipitated congressional Republican chest beating and conservative blogospheric histrionics, the second broadside from the right strikes closer to Obama's home.

At issue are two paintings, the first Alma Thomas's "Watusi (Hard Edge)." Michelle Malkin happened upon a small-time blogger's astounding realization that Thomas' piece is, once rotated on its side, a near mirror image (excluding color) of Matisse's "L'Escargot":

I have been on a rant about this for three days. But I mean, really. Look up both images on Google, turn Thomas' 90 degrees to the left (right?) and you tell me if this work should be included in the new White House Collection of American Art, not to mention how the ____ did it ever get chosen for the Hirshhorn in the first place? Can anyone say plagiarism? American art? I don't think so!"

The blogger's misbegotten notion of artistic plagiarism fuels this response from Malkin, "I know, I know. Cries of ‘RAAAAACIST' in 3, 2, 1..."

The sounds she's hearing are not cries, but a collective slapping of the forehead. Thomas' painting is obviously—obviously—based on the Matisse. In fact, that is the point. Art has a rich tradition of defining its present iterations through the lens of the past, and in the mad rush from the right to condemn, to shoot the moon with every perceived flaw, the notion that such a genre of art is, well, conservative is simply missed.

Charades like these only deepen liberals' hateful condescension-both cultural and intellectual-toward conservatives. Another rubber bone for the Right to froth on involves Ed Ruscha's "I Think I'll ... "—which is a cloud of phrases like "Maybe"; "I think I'll"; "Maybe ... no." You can already hear the heavy breathing; perfect example of Obama's waffling, dithering and indecision. And, again, your hand meets for your forehead:

But back to the Ruscha and its purported embrace of indecision. In fact, what it conveys perfectly is not waffling, but thinking. Like so much of the work the Obamas have chosen, it highlights a central difference between two states of mind, the progressive and conservative. "I Think I'll ... " effortlessly and efficiently transmits a psychic inclination that accepts paradox and allows that the world is not only good or evil. The hallmark, so far, of Obama's administration has not actually been indecision, or Clintonian triangulation. It's been a hanging back, waiting till all the facts come in, and for all the ideas to be floated, and then making a (decisive) move. This painting embodies that inclination, and it's not the only one in the collection that does so.

No, the Right certainly isn't alone in its harping; the Left found plenty of fun in President Bush's malapropisms and wayward grammar. (For some reverse bathos, check out Slate's compendium of Bidenisms.)

What pulls at my oil-and-canvas, swinishly liberal heart is how much the Right glorifies in the muddying of nuance, the huge-pile-of-bird-shit-on-the-windshield politics. With aplomb the Right sinks its teeth deeper into the ankle of intellectualism and congratulates itself for taking down the elites. History has never been kind to the consciously ignorant, and if conscious ignorance is all the Right has got—its Becks and Palins—then history will continue to repeat itself.