He has plenty of tough decisions ahead, but President Obama could make an immediately positive, popular move by tackling our country’s abhorrent legal immigration process. 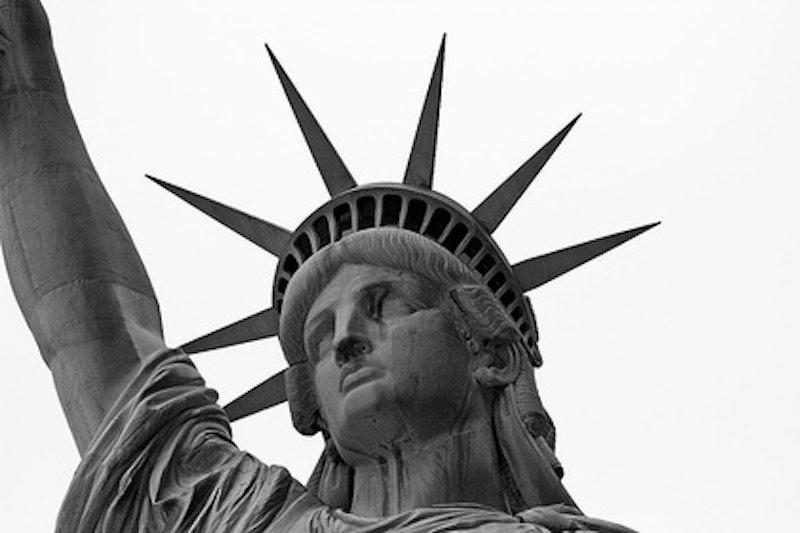 Photo by David Prior

It took 19 months, a few thousand dollars, multiple doctors’ visits, and the help of a private lawyer for my wife Justyna to finally live and work in the United States legally. Our story was enraging and expensive, but it’s sadly not unique; of all the problems facing our country right now, legal immigration is perhaps the most under-recognized and embarrassing, but it should also be one of the easiest to fix. And yet our government drags its feet on this issue, perpetuating a broken, money-sucking system that’s fundamentally un-American in its disdain for motivated foreigners. A wealth of complicated, divisive decisions await the president-elect, but he could make a positive mark early on by streamlining our legal immigration process and saving less fortunate families from the demoralizing maze my wife and I recently endured.

I met Justyna while studying abroad in London in 2005. She is Polish by birth but had been living, working, and attending school in the United Kingdom for over two years at the time. With only an easily obtained student visa, I enjoyed the same privileges, including England’s national health care system—a resource that proved especially useful when Justyna became pregnant in the spring of 2006.

We decided that I would return to America and finish my degree while she would go home to Poland to have the baby near her family. With the intention of bringing my wife to America after the birth of our child, I filed an I-129f Petition for Fiance(e) visa in October 2006. Thus began our protracted and degrading experience with the United States Customs and Immigration Services (USCIS).

The I-129f petition requires multiple copies of biographical information, passport photos, an affidavit of support including very personal financial information, a statement of intent, and proof that the intended parties have met before. It also costs hundreds of dollars. Once we had mailed the I-129f to Warsaw, my wife was summoned, despite the embassy’s knowledge that she was caring for a newborn, to take a six-hour train ride for a series of highly invasive medical checkups and interviews about her intentions, her relationship to me, and our daughter’s background. All this was required despite our thorough Polish documentation stating I was the father.

Once it became clear that my wife and daughter would be able to join me in the U.S., her sisters and mother applied for tourist visas to attend our wedding in June 2007. All five family members who applied were rejected. The USCIS’s Byzantine series of applications, interviews, and background checks is designed to ensure that every visa holder has sufficient impetus to eventually return to their home country. Yet even my mother-in-law, a 59-year-old Szczecin native who speaks no English, has never left Poland, owns an apartment, and has been married for over 30 years, was not allowed into the U.S. to witness her own daughter’s wedding.

We were married nonetheless, and subsequently began the Adjustment of Status process, which required us to resubmit many forms, my wife to undergo another biometrics exam, and another $1010. We sent the application to Chicago, only to receive notice that these cases were handled by the Nebraska office. Nebraska also sent it back, telling us to mail it to Chicago. We contacted a lawyer soon thereafter.

Legal counsel was a great help, but even the most knowledgeable bureaucratic Sherpa can’t anticipate the often bottomless depths of American governmental ineptitude. In July 2008, we received word that the Department of State needed another copy of Justyna’s medical forms, the very same ones we had already filed on two separate occasions. They admitted to losing it, yet still instructed us to complete the $300 checkup and documentation procedure ourselves, within 90 days. When I asked our lawyer whether an appeal could be made, he said of course, but the process would take longer than 90 days and Justyna’s entire file would be thrown out after that deadline.

If this sounds like a farce, it is. Here is a woman who has made the incomparable sacrifices of leaving her home country, her family, and her friends just to bring her new family together under one roof. The U.S. should be begging people like Justyna—who holds a master’s degree and desires only to work legally and pay the according taxes here—to live and raise their families within our borders, yet our government makes it humiliating and nearly impossible for them to do so.

Unfortunately, my wife and I are not an exceptional case, and a number of unsettling immigration-related national incidents concurred with our own struggles. In response to an early-2007 surge in citizenship applications, for example, USCIS Director Emilio Gonzalez announced in February 2008 that thousands of files wouldn’t be reviewed in time for applicants to vote in the upcoming presidential election. They too were the victims of a mind-boggling bureaucracy that seems to view every would-be citizen and legal alien with scorn rather than welcome.

The efforts of public servants like California Rep. Zoe Lofgren to recapture these lost papers have also been routinely sabotaged by purportedly “pro-immigration” senators and congressmen who wish to impose even stricter limits on visa applications. A thoughtful New York Times editorial names a few of the more egregious hypocrites (including Iowa’s Steve King and Alabama’s Jeff Sessions) who insist that prospective Americans go through the proper immigration channels, then recommend making those channels even more difficult than the illegal options. A friend’s father once told me about a Polish man he employs, who initially came to America by flying to Mexico and floating across the Rio Grande like so many illegals before him. Years later, when Poland is now a longstanding member of the E.U., I still wouldn’t blame a citizen of that country for choosing to swim.

As a nation, we literally cannot afford to maintain a system that makes it so hard for people to come live and work here. We can already see the economic effects of this attitude: in 2007, before our current financial panic undoubtedly made the situation worse, the Times reported an 11-percent drop in British leisure and business travel to the United States since 2000, despite the remarkable strength of the pound over the dollar. The same article cites a study that blames “time-consuming and sometimes rude Customs and Immigration procedures at airports and a poor image of the United States abroad for an overall 17 percent decline in overseas travel to the United States since late 2001.”

A properly reformed legal immigration policy would positively affect American tourism, the economy, and help stem the flow of illegal immigrants that so frightens the more xenophobic congressmen and citizens among us. Democrats and Republicans alike (at least any non-hypocritical ones) would theoretically champion such reform, making it a worthy first step towards Obama’s much-promised bipartisanship. It would, in short, be a seemingly left-field but entirely appropriate first move for a president with Obama’s full plate—a move that would redefine America’s 21st-century attitude towards the rest of the world, allow for morale-building bipartisan consensus, and cut wasteful federal spending.

But regardless of the issue’s timely relationship to a current crisis, we must start honoring America’s origin as a nation of immigrants before the world’s travelers and workers simply find more welcoming destinations. My family’s particular situation, one which is hardly unique in 2009, would be better accommodated and respected in the U.K., and the option of moving back there seemed more ideal with every bureaucratic hurdle we jumped for nearly two years. How much longer can we reasonably expect people to fight for residency in a place that treats them so horribly?

A relatively easy national infrastructure improvement awaits President Obama and the new 111th Congress if they want it. Alternatively, they can allow xenophobia and hypocrisy to maintain their stranglehold on this issue, the continued mishandling of which is an embarrassment to all Americans whether they know it or not.